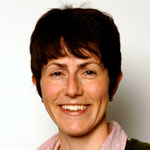 Ruth is a GIS specialist interested in the application of spatial modelling to environmental processes at a range of spatial and temporal scales (local, national and regional). Her research interests lie in the fields of landscape ecology, historical geography, land use change and environmental information and she is a Fellow of the Royal Geographical Society and a Chartered Geographer in GIS.  After short spells at the National Remote Sensing Centre and the British Antarctic Survey, Ruth spent 14 years at the NERC Centre for Ecology & Hydrology where she built GIS databases to investigate ecological processes relevant to both fauna and flora. As a taster, these projects have included: the landscape impacts of climate change; the effects of fragmentation of woodlands on bird species; modelling the impact of game shooting on biodiversity; modelling the impact of set-aside on arable weeds and the spatial targeting of wet grassland restoration. Between 2007 and 2011 Ruth was a member of the Conservation Science group in the Zoology department of Cambridge where she worked on the Leverhulme funded programme ‘Valuing the Arc’ modelling ecosystem services in the Eastern Arc Mountains of Tanzania.  Ruth joined Staffordshire University in January 2012.