Nash’s House is a Grade I listed building, constructed in the early 16th century. It was once owned and occupied by Thomas Nash, who was married to Shakespeare’s granddaughter Elizabeth. The house is adjacent to the site of New Place, Shakespeare’s final home.

Nash’s House and the site of New Place are undergoing a multi-million pound transformation, the purpose of which is to create a major new heritage landmark where visitors can discover the story of Shakespeare. The redevelopment is scheduled to reopen for the 400th anniversary of Shakespeare’s death on 23rd April 2016. The transformation includes the construction of a new exhibition space to the rear of Nash’s House.

The Centre of Archaeology was commissioned by the Shakespeare Birthplace Trust to undertake archaeological investigations prior to the construction of the new visitor centre space. These archaeological investigations included detailed excavations of the entire ground plan of the extension and monitoring of continued sensitive works across the site.

A history of Nash’s House

Shakespeare’s granddaughter Elizabeth (1608-70) was the only daughter of Susanna Shakespeare and Dr John Hall. Elizabeth was married Thomas Nash (1593-1647), a distinguished lawyer, in 1626. In 1637, Susanna Hall, Thomas Nash’s mother in law, came into possession of the property, later bequeathing it to Elizabeth. Upon Nash’s death in 1647, the use of Nash’s House was reserved for the use of Elizabeth, Susanna and their heirs.

Later in 1649 she remarried John Bernard and throughout the marriage she lived at Abington Manor in Northamptonshire. Upon her death in 1670 the direct line of Shakespeare came to an end and the houses in Stratford-upon-Avon then came into the possession of her husband John Bernard.

In 2014 the Centre of Archaeology undertook several trial pits within the area of the proposed extension, which highlighted the potential for buried archaeological deposits. A further programme of wider excavation was undertaken throughout July to September 2015. This revealed a significant amount of archaeological deposits and structures dating from the prehistoric to post-modern periods. 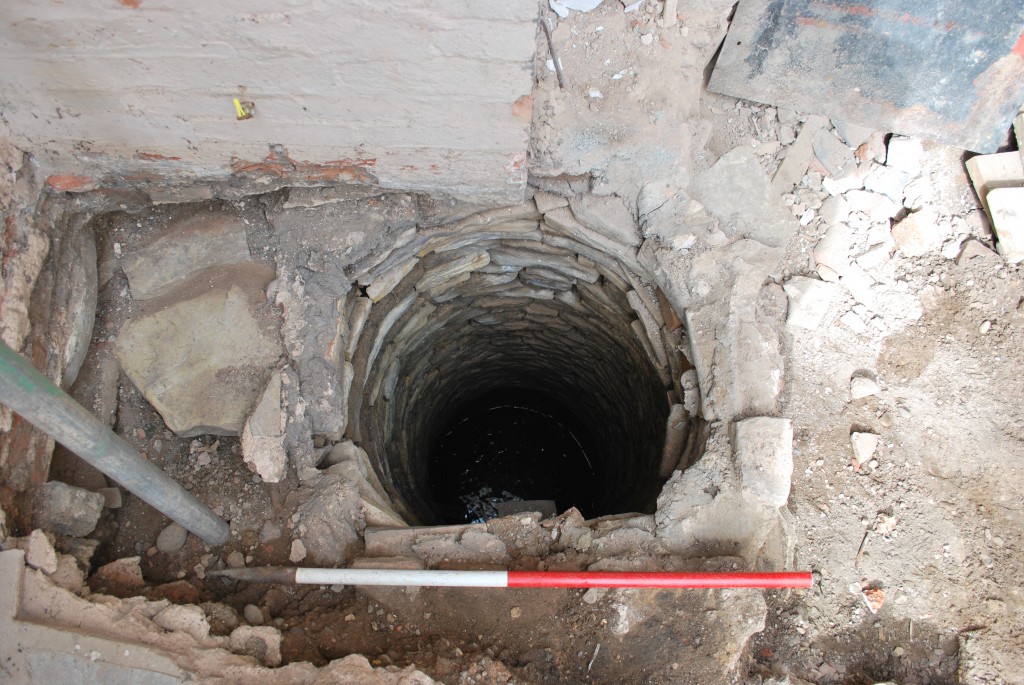 Significant prehistoric layers and pits were preserved beneath the medieval levels. Pits, thought to have been for the storage of foods and grains were identified. These contained the physical evidence of the inhabitants of prehistoric Stratford-upon-Avon. Pottery fragments, flint blades and fired pebbles used in cooking were all recovered. This information adds to the growing corpus of evidence for the occupation of Stratford-upon-Avon, during this period.

Several structures and a well, were encountered which were likely to have been constructed between 1200 and 1600. Some of these early foundations were composed of stone roof tiles laid on edge, and represented the foundations for timber-framed buildings. 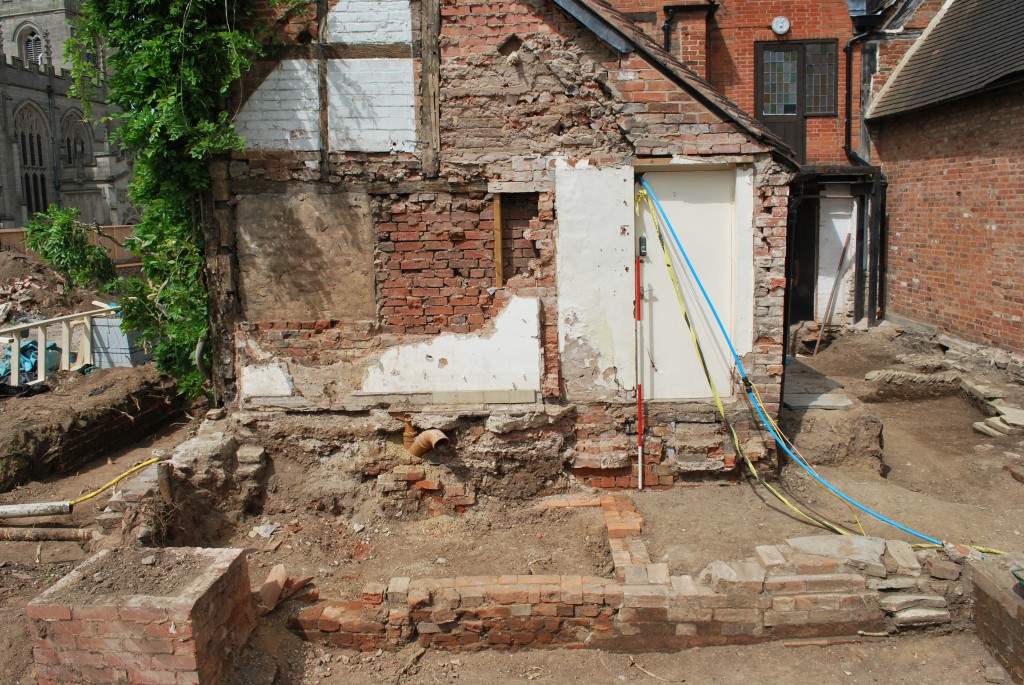 Brick foundations and layers dating to the post-medieval period, had obscured the earlier archaeology. A significant 17th to 18th century layer containing large amounts of demolition material (brick, tile and stone fragments), and artefacts, covered much of the area.

Several 19th and 20th century features were also identified, including a mid- 19th century domestic rubbish pit containing a large quantity of ceramics, bone and glassware, Thrown out by the occupants of Nash’s House and the end of their useful life.

Work on the post-excavation analysis of the results is continuing and the Centre of Archaeology is consulting with the Shakespeare Birthplace Trust throughout the period of redevelopment of the site. 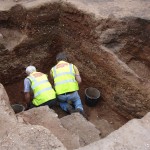 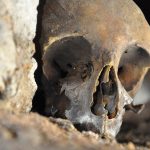 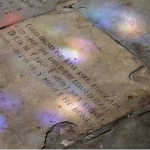