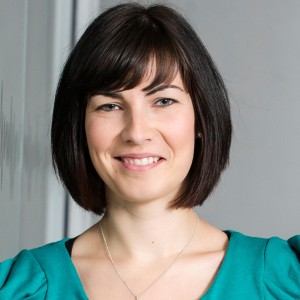 I am a Professor in Conflict Archaeology and Genocide Investigation at Staffordshire University specialising in Holocaust studies. I am also the Director of the Centre of Archaeology. I teach in the areas of forensic archaeology, techniques in the identification of human remains and various aspects of crime scene investigation. I graduated from the University of Birmingham with a BA(Hons) Archaeology and Ancient History in 2007 and an MPhil(B) in Archaeological Practice in 2008. I also completed my PhD thesis entitled ‘Holocaust Archaeology: Archaeological Approaches to Landscapes of Nazi Genocide and Persecution’, at the University of Birmingham. My research focuses on the application of interdisciplinary approaches to the investigation of Holocaust landscapes. As part of this research, I completed the first archaeological surveys of the former extermination camp at Treblinka (Poland), the sites pertaining to the slave labour programme in Alderney (the Channel Islands), the former Semlin Judenlager and Anhaltlager (Serbia) and killing sites in Poland and Ukraine. Recently, I have also worked on a pilot project with the UK Holocaust Memorial Foundation (UKHMF) to map the terrain of Bergen-Belsen (Germany) and I am a member of the UKHMF Education Advisory Group, appointed by the UK Government. In August 2015, I installed a new permanent exhibition entitled “Finding Treblinka” at the Museum of Struggle and Martyrdom in Treblinka based on the findings of my research. I am currently the Principal Investigator of three major projects focused on conflict and genocide investigation.

I have published extensively in Holocaust and forensic archaeology and, in 2015, I published a book entitled Holocaust Archaeologies: Approaches and Future Directions. From the end of August until the end of December 2016, I was a Visiting Fellow at the Jack, Joseph and Morton Mandel Center for Advanced Holocaust Studies, United States Holocaust Memorial Museum where I was working on my forthcoming book, Finding Treblinka. My research has received international media attention via television documentaries and radio programmes aired in Europe and the US. I have held visiting fellowships at Goldsmiths College, London (Forensic Architecture Project) and Netherlands Institute of Advanced Studies (Terrorscapes Project). I also act as a Scientific Advisor for Kamp Westerbork, sit on the NWO Holocaust Archaeology Group and I am a Consultant for the Polish-German Reconciliation Foundation. As a practicing forensic archaeologist, I also undertake consultancy for UK Police forces with regards the search and recovery of buried remains. My particular interests in this field include the application of forensic archaeological methods to the investigation of cold cases and socio-historic conflicts. I am a member of the Forensic Archaeology Expert Panel and Treasurer of the Forensic Archaeology Special Interest Group. I am also a Member of the Chartered Institute For Archaeologists (MCIFA) and a Member (MCSFS) and approved assessor for the Chartered Society of Forensic Sciences (CSFS) University Accreditation Scheme. My interests in archaeology also go beyond the recent past and I have undertaken fieldwork in Greece, the Western Isles of Scotland and a number of sites in England.

Sturdy Colls, C. (2016) ‘Earth conceal not my blood’: forensic and archaeological approaches to locating the remains of Holocaust victims’ In: Dreyfus, J-M. and Anstett, E. Human remains in society: Curation and exhibition in the aftermath of genocide and mass-violence. Manchester: Manchester University Press.

Abate, D. and Sturdy Colls, C. (2018) A Multi-Level and Multi-Sensor Documentation Approach of the Treblinka Extermination and Labour Camps. Journal of Cultural Heritage.