The Holocaust was a European-wide event that affected, and continues to affect, the lives of countless individuals across the world. These atrocities resulted in the deaths of millions of people and irreversibly altered the geographic, political and demographic map of the world. However, whilst clearly defined historical narratives exist, in most European countries the Holocaust has only recently begun to be considered in terms of its surviving buried remains and landscapes.

A testament to the suffering of the victims Although many sites have been designated as memorials or museums, the majority have not been examined archaeologically. As such, they are still ill defined and only partially understood from both spatial and structural points of view, with evidence of their existence relying substantially on witness accounts and documentary sources. Additionally, thousands of sites remain unmarked, whilst the locations of others have been forgotten altogether. This is despite the fact that these landscapes and material remains survive as a testament to the suffering of the victims and a source of evidence concerning the actions of the perpetrators, the investigation of which has the potential to contribute to national and international histories of this period, and their aftermath. Surveying the landscape at Treblinka

The Holocaust Landscapes Project, conducted by Professor Caroline Sturdy Colls from the Staffordshire University Centre of Archaeology, is an interdisciplinary research project that focuses on locating, recording and interpreting the physical evidence of the Holocaust. This is achieved through: Whilst archaeological methods are at the core of the investigation, in terms of the location and analysis of physical evidence, they need to be complemented by historical enquiry, geographical analysis, memory studies, social anthropology, political science and ethnography. Additionally, techniques in forensic investigation have a key role to play, on the basis that the Holocaust was first and foremost a crime.

The Holocaust Landscapes Project was established in order to facilitate the development of a methodology that demonstrated the benefits of archaeological work at Holocaust sites, whilst compensating for, and accommodating, the variety of ethical, religious, political and social issues specific to studies of this period. This project originally formed part of Professor Caroline Sturdy Colls’ doctoral studies and continues as a collaborative research programme with partners throughout Europe.

Read more about the sites investigated as part of the Holocaust Landscapes Project: 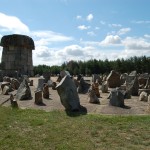 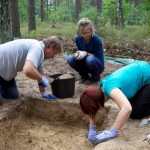 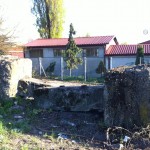 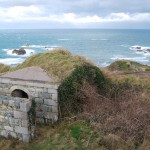