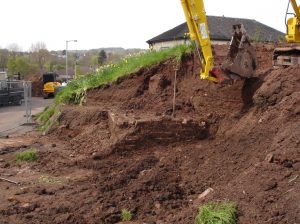 The Centre of Archaeology was commissioned in January 2015 by the St Giles Community Heritage Project, to undertake archaeological investigations in advance of the redevelopment of the church graveyard. The investigation formed part of a Heritage Lottery Funded (HLF) project at the parish Church of St Giles, Newcastle-under-Lyme, ST5 1QS (NGR 384678 3460050). 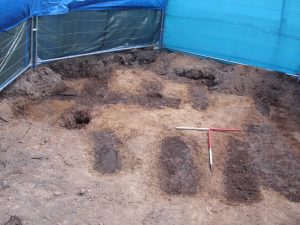 The results of the archaeological investigations and research of St Giles Church have significantly increased the understanding of the developments that went into the formation of both the church and its associated churchyard. In removing the mound archaeologically it has been possible to recover and interpret a large amount of artefactual information. This has been supplemented by the discovery of in situ inhumation burials, burial cuts, a brick crypt structure, foundation trenches and additional evidence. It has become clear through analysis of the recovered evidence that the documentary sources are largely accurate and can be supported by the archaeology. 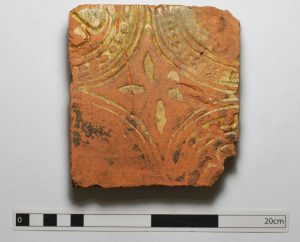 Analysis of the pottery recovered from secure deposits and the mixed spoil mound deposits found that there has been occupation of the site from at least the 13th century. Most of the medieval pottery recovered belonged to the 13th to 14th centuries with occasional sherds dating to the 15th to 16th centuries.  Analysis of the disarticulated human remains recovered from both the spoil mound, the brick crypt structure and the disturbed inhumation burials found evidence of at least 182 individuals of all ages and both males and females. Analysis showed that, in general, the local population of Newcastle-under-Lyme had high rates of degenerative diseases indicative of heavy manual labour, old age, poor oral hygiene and a diet rich in tooth decaying foods.