We borrowed the film theatre once again for an English and Creative Writing private screening and the complete cinema experience, complete with free pop-corn (my pleasure). We watched One for the Money, the 2011 adaptation of the first Stephanie Plum novel, as part of the Crime Scene America module.

I think Rotten Tomatoes’ 1 star review of this jolly crime-romcom is a bit unfair. Along with a nice afternoon at the movies, we watched the movie for the way it adapts the detective-figure role for a female central character, explored notions of gender and racial representation, and the further development of the crime genre. We used Mulvey’s discussion of the gendered cinematic gaze to consider the extent to which this film challenges Hollywood’s patriarchal attitudes (it doesn’t!). 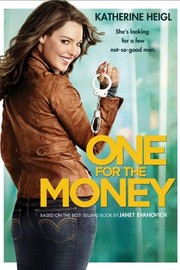