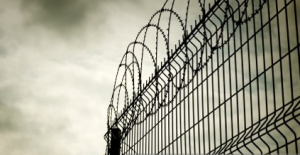 Transgender prisoners are currently the subject of a high-profile debate.

Transgender people identify with a gender that is different to the one that they were assigned at birth. The Government published new guidelines on the treatment of transgender prisoners in England and Wales in 2016. To get that gender legally recognised, a Gender Recognition Certificate (GRC) must be obtained. This process is complex and can take five years or more.

The crucial question is, should a prisoner be allowed to go to a prison housing people of their original gender or their reassigned gender?

Current practice is that transgender prisoners will have a case conference which is a meeting of senior management and other officials to decide how to accommodate the transgender person within the prison. Firstly, the person must live for two years in their preferred gender, and secondly, they would need to have a diagnosis of gender dysphoria from a psychiatrist. Once this is satisfied, they can apply to a gender recognition panel which is made up of legal and medical experts who then decide whether to issue a GRC.

However, case conferences should be looking for evidence that the offender’s decision to transition is not related to their sentence length or a way of gaining access to future victims.

If a transgender woman has a GRC, then the National Offender Management Service says they should be housed in a women’s prison.

The Governments LGBT action plan entails that it will ‘’ensure that transgender prisoners are treated fairly, decently, lawfully with their rights respected.’’

The legal process of changing gender is currently under review, and if the prison system is changed it could make it easier for potentially dangerous prisoners to self-identify as transgender women and be moved to a women’s prison. It could be argued however, that the transgender inmate population are among the most vulnerable, let down by the current prison system, having detrimental implications for their mental well-being.

How many transgender prisoners are there?

In England and Wales, the Ministry of Justice (MOJ) conducts an annual report of prisoners.

Between March and April 2017, it counted 125 transgender prisoners in England and Wales.

Although it is difficult to know exactly how many transgender prisoners there are, these are the best available figures. The MOJ has said that it is difficult to give a reliable reflection of figures as numbers may change due to prisoners constantly entering and leaving the system.

The MOJ cannot count inmates who have not expressed that they are transgender, nor does it count prisoners who already have a Gender Recognition Certificate (GRC).

The MOJ Freedom of Information said that 60 of the 125 transgender inmates in England and Wales were serving time for a sexual offence. Worryingly, this is roughly half of the trans prison population. However, those on shorter sentences are less likely to be in for sexual offences and are not included in the survey. This means that these statistics are not necessarily reflective of the actual position and figures are likely to be much higher.

The campaign group Fair Play for Women, believes that promoting transgender rights could be harmful for women.

Fair Play for Women examined individual prison inspection reports and concluded that 41% of transgender women in prison are convicted sex offenders. However, some dispute how the campaign group reached its conclusion.

A leading prison reformer, Frances Crook, the chief executive of the Howard League for Penal Reform, has expressed that inmates claiming to be transgender who have committed violent offences against women should not be able to transfer to a women’s prison if they have not legally changed their gender. This was following a recent incident of a transgender inmate sexually assaulting fellow prisoners after transferring to a women’s prison.

Karen White was on remand for multiple rapes and other sexual offences against women when she transferred to New Hall Prison, near Wakefield. It emerged that after transferring to the female prison, she was accused of four sexual assaults against other inmates, before being moved to a male prison.

The MOJ has apologised in White’s case as previous offending history was not taken into account in this case.

Frances Crook, said ‘’In my view, any man who has committed a serious sexual or violent offence against women, who then wants to transfer but has not gone through the whole process, still has male hormones, should not be put into a women’s prison. There may be a case for having separate provision; that is a debate to be had.’’

To summarise, it is clear that the system needs to safeguard female prisoners. Whilst the transgender prisoner’s views and feelings, and vulnerability need to be taken into account, if they have previously been convicted of a sexual offence then they should not be transferred to a female prison.

As for separation, separating the transgender prisoners from distinct female and male prisons may save controversy, but also create a barrier of diversity and equality rights not only in regard to LGBT, but human rights also.

The concern is that current practice exposes female prisoners to the risk of abuse and intimidation. Clearly a very in-depth balancing act is required, between protecting two vulnerable groups of people-women and transgender people. We must also not rule out the danger to transgender women in male prisons.

Perhaps allocated accommodation for transgender prisoners is a possible solution to this highly controversial debate, in the interest of both women and transgender people within the prison system.

SULAC currently gives free legal advice at Stafford Prison to all staff and to the general public in Stoke and Stafford.

If SULAC can be of any assistance to you or you would like further information, please contact: 01782 294800