Catherine Burgass gave a talk for the Arnold Bennett Society to a capacity crowd at the Quaker Meeting House in Newcastle.  Unlike a Quaker meeting, which is based on shared silence, Catherine spoke for the best part of an hour.  She argued that, while one might expect descriptions of food as background detail in Bennett’s realist fiction, food is in fact integral to the construction of character and even plot.  Bacon, eggs, beef stew and chocolate (the latter explicitly associated with the Quaker tradition in comic novel, The Card) operate as symbolic sites of dramatic antagonism, crisis and resolution.  The audience was highly appreciative and ready with further examples from the life and works, including Bennett’s practice of getting Staffordshire oatcakes sent up to him in London by train from the Potteries.

Professor Douglas Burnham has just published The Nietzsche Dictionary, latest in the Bloomsbury series of philosophy dictionaries. A herculean task for the author, who has been described as ‘a subtle and incisive reader of Nietzsche’ providing the reader with ‘a comprehensive understanding of Nietzsche’s ideas’ – no mean feat. 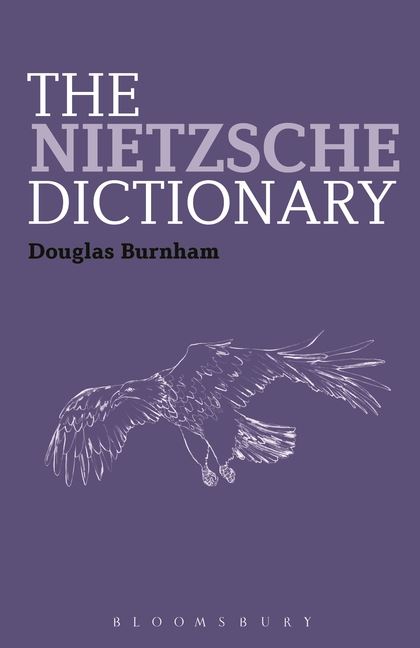 Out in time for Christmas!

Two novelists from the Big Smoke have recently given readings in Staffordshire. On 24th November Lottie Moggach read from Kiss Me First at the Keele Writing group. Moggach’s novel, which was shortlisted for the 2013 Guardian First Book Award, has been dubbed ‘a Facebook thriller’ and centers around a case of online identity assumed by a high-functioning autistic heroine. On 3rd December, Sathnam Sanghera discussed his novel, Marriage Material, as guest of honour at the Arnold Bennett Society annual Literary Luncheon held in Hartshill.   Marriage Material, also published 2013 and shortlisted for the Costa First Novel Award, is set the Sikh community of Wolverhampton and is based loosely on one of Bennett’s best-known works, The Old Wives Tale. Apparently Moggach, fellow journalist and friend, was responsible for introducing Sanghera to Bennett’s novel – it’s a small world!

For more on the writers see their websites: http://www.sathnam.com/ http://www.lottiemoggach.com/

Matthew Rice gave a very entertaining public lecture entitled ‘Can Stoke-on-Trent make you happy?’ on Tuesday 11th, part of the University’s Centenary series.  Matthew pointed to some other European cities which have pulled themselves out of the post-industrial doldrums, discussed Stoke’s industrial and domestic architectural heritage in terms of its emotional significance for the local population, and suggested that artists could act as the “stormtroopers of regeneration”!  The next lecture in this series is by TV historian Professor Michael Wood and is entitled ‘Does History Matter?’  For further details go to: http://www.staffs.ac.uk/news/heritageinspired-public-lectures-designed-to-get-you-thinking-tcm4280835.jsp

Catherine Burgass has given another paper on Arnold Bennett, ‘The House That Bennett Built: Material Culture in Clayhanger’ in the swanky environs of Keele Hall (‘Arnold Bennett and His Circle’ conference, 18th October).  Catherine discussed the function of furniture (chairs, shelves and domestic plumbing) in Bennett’s romantic realism.

Catherine has been invited to contribute to a forthcoming volume of essays, edited by the distinguished Bennett scholar John Shapcott.  She is also giving a talk next February for the Arnold Bennett Society on food in Bennett’s fiction: http://www.arnoldbennettsociety.org.uk/?page_id=5