This is the third year of the GradEx show and the Forensics, Policing and Criminal Investigation team submitted over sixty entrants. It took three rooms to hold them. They take up 8 pages in the catalogue.

The day began with a visit from the Mayor 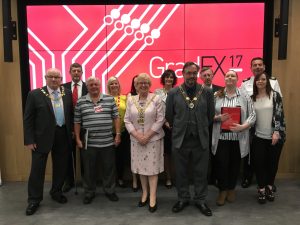 and a welcome from the Grad Ex team,

then it was on to meet the judges… 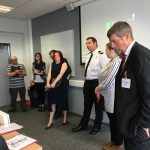 It’s not possible to mention all the papers, but highlights include Mia Jane’s Abbott’s work examining the Amnesty Box at music festivals for “legal highs”, Natalie Atkinson’s project on the persistence of bodily fluids after immersion, which will provide evidence in rape trials. Jake Bayliss was also working on persistence of fibres, this time comparing the effects of still water to moving water (in the river Trent) over a six week period. Jessica Crossland looked at the evidential value of tatoos both permanent and temporary and the effect of fire and chemical burning on discolouration.  Josh Hill explored the scatter pattern of microparticles from gunshots, and Tim Mussellwhite explored the small drones by the police and crime investigation authorities.Jessica Wakefield-Baugh revisted Oswiecim (Auschwitz) to remap the charted graves and uncover new ones. 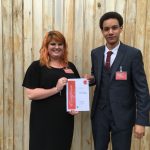 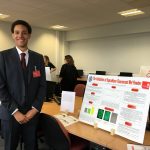 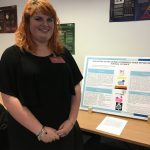 Overall a fantastic day. Thank you in particular to Laura Walton-Williams and Juliet Prince for all their work. 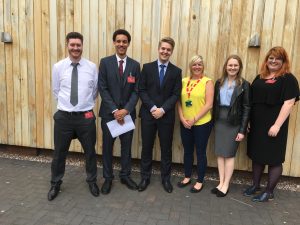