Sinead Bowles is a first year student on the BA(Hons) Criminal justice with Offender Management degree. She is already gaining experience working for the deputy governor in HMP Stafford with level five and six students, and has written about her experiences. 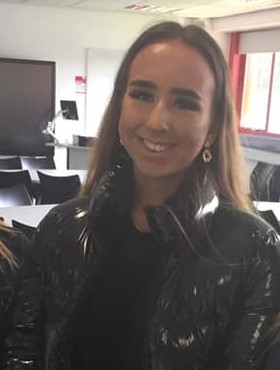 The original building for HMP Stafford was built in 1793, and this was further expanded on as the population grew. The category C prison now holds around 750 offenders, who have committed sexual offences. Due to the origins of the buildings the site is astounding and fortunately me and two of my peers had the privilege of a guided tour with the deputy governor Claud Lofters, which was distinctly dissimilar to what would have been expected from such a prison.

Claud was keen to explore why his employee’s appeared to be disconnected from the importance of their role, both in rehabilitation and support of those offenders kept in the prison.This is something which we will be conducting further research on. We intend to hold focus groups with staff, to highlight the amazing work they do every day and see what suggestions they may have which could create higher motivation and engagement. From this we aim to create a job description with a more holistic view of the role of a prison officer to help create a rehabilitative culture.

Our tour began, by being shown around one of the blocks. The number of doors, the landings, and the halls where overwhelming. One inmate kindly offered to show us his cell, which he shared with one other person, the rooms were well sized, had shower rooms and this inmate in particular had a TV and other bits such as speakers, suggesting he was a higher status based on behaviour. As we were talking to this gentleman, he started to explain how HMP Stafford has helped him and that in comparison to other institutions this was the best in terms of facilities and support.

Our tour then moved onto seeing the prisons goats and chickens. These are kept to help the inmates feel that they had the responsibility to help care for these animals, on this day families were coming to visit and as this was the school holidays it has been requested that the goats were taken up to the visitation room to meet some of the children. Me, Natalie, Molly and Claud were asked to help take the goats up. From personal experience I can confirm that getting the leads onto goats and getting them upstairs is not easy! But it was very warming to see the children excited and to see the inmates getting time with their families. It was also delightful to see the efforts which the prison officers, and staff will go to in order to help the inmates. 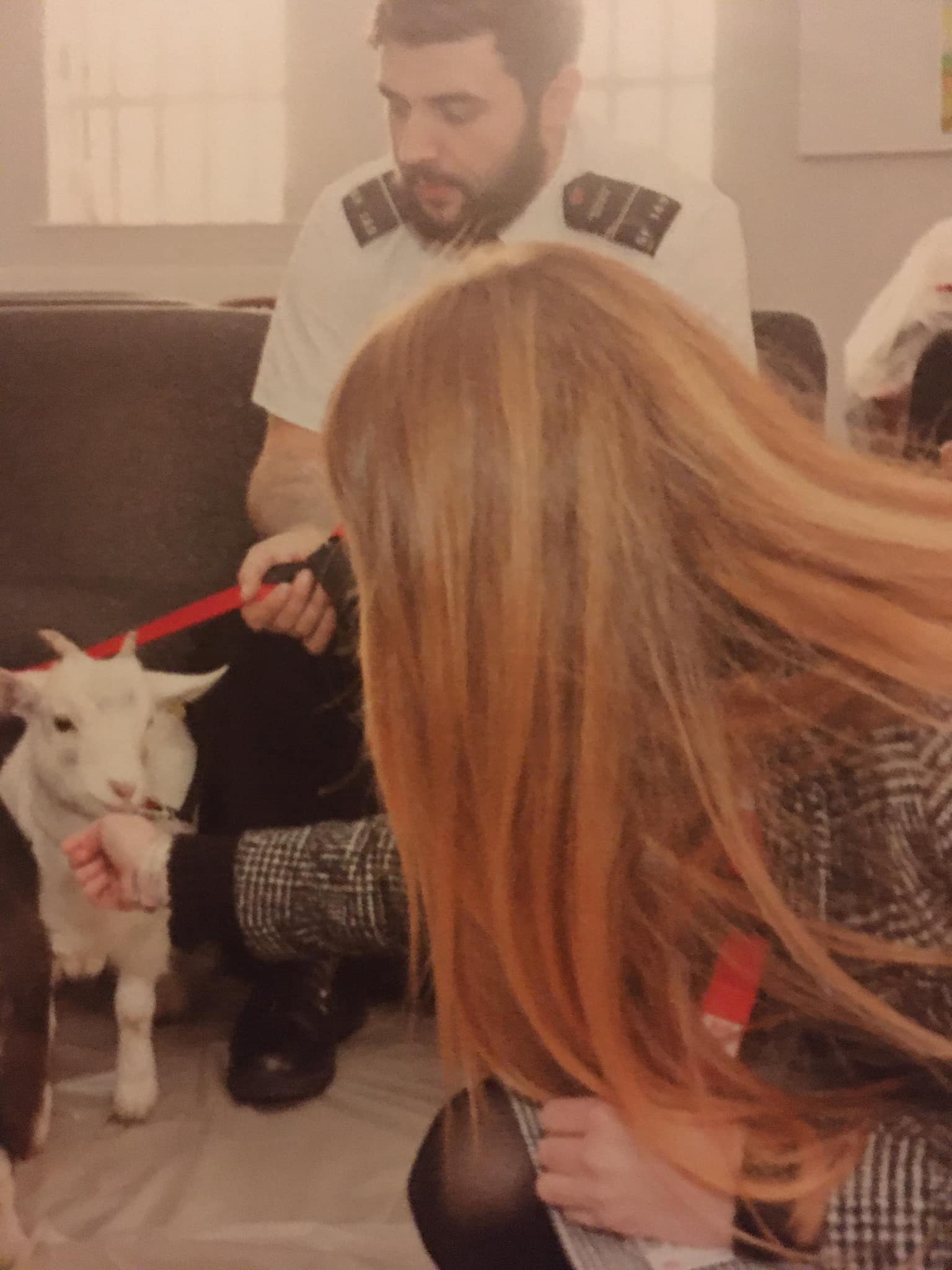 “Our tour then moved onto seeing the prisons goats and chickens”.

We were very lucky to be able to go into the senior area where the older prisoners can go in the day, some of the inmates were working on a project. This project involves making flowers out of different coloured papers which then go into a handmade box, and other inmates can purchase these at a low cost to gift to their visitors. Younger prisoners are able to learn different skills at HMP Stafford, the end of our tour was being shown these, which involve painting and decorating, the skills needed to be a barber, brick laying, and even a course which allows inmates to go onto work on train tracks which lasts ten weeks but outside of prison could take a few years, Claud explained they wish to offer inmates skills which could allow them to be self-employed due to their criminal background.

Our day at HMP Stafford was very informative and eye opening, our research team was very grateful for the opportunity to be shown around and are very excited for our ongoing work with the prison.