Law Lecturer, Kath Harvey and her family have been cheering up local residents (and colleagues) with the appearance of Divoc and Margie the bears outside their house – and raising money for the Donna Louise Trust whilst doing so. 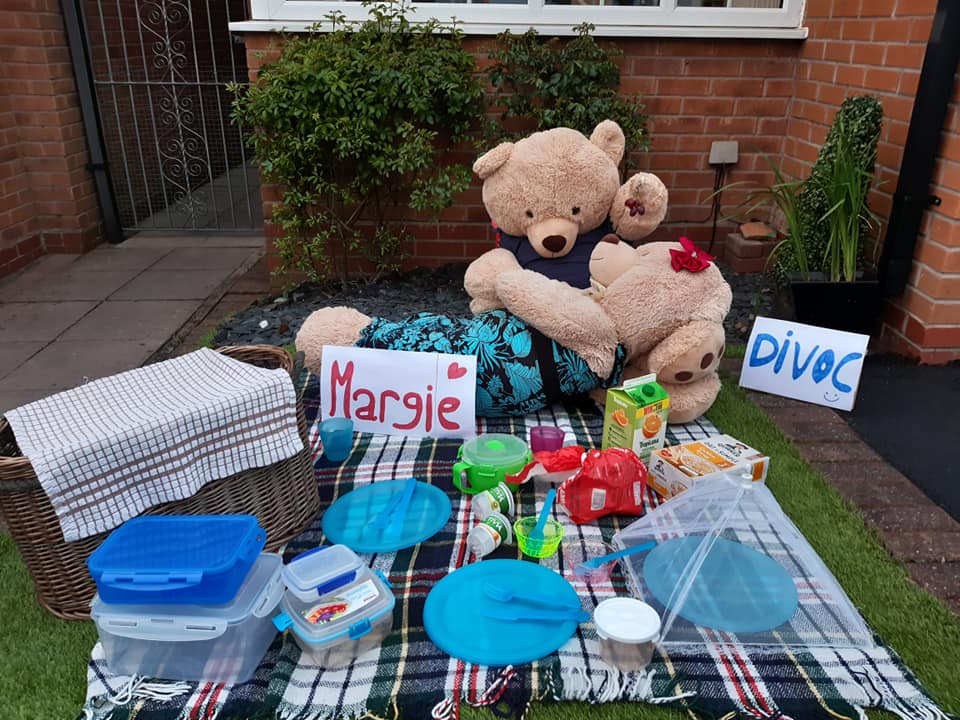 Here is what the bears have been up to so far…

When Divoc made his first appearance on 13th April, he didn’t have his name yet. He paid tribute to all the hard working Key Workers.

“Who needs Elf on the Shelf when you have Bear with a Care”. 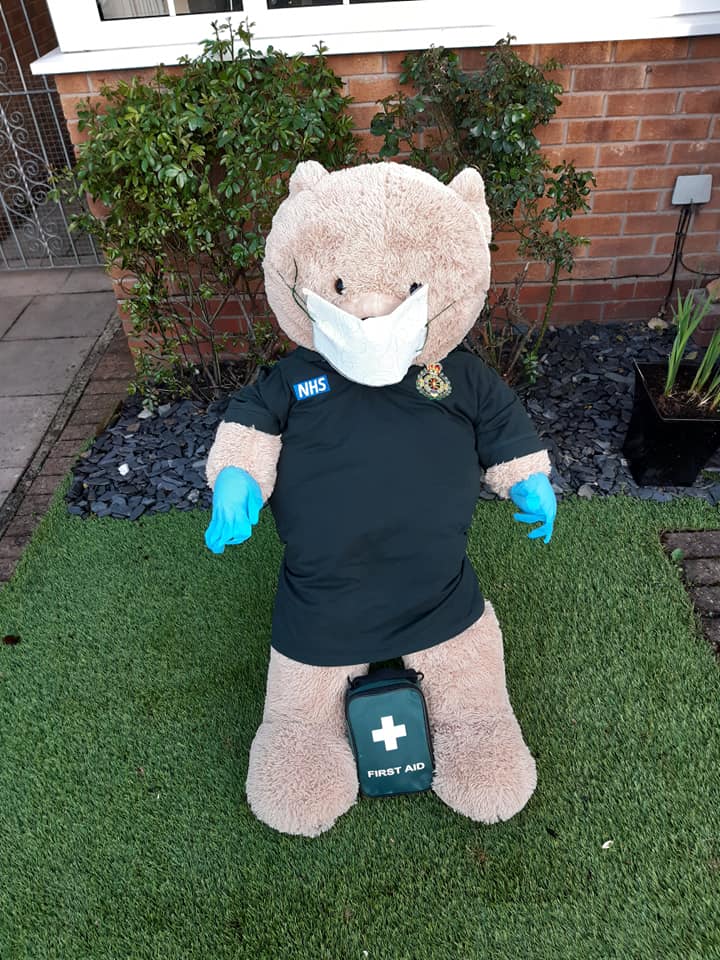 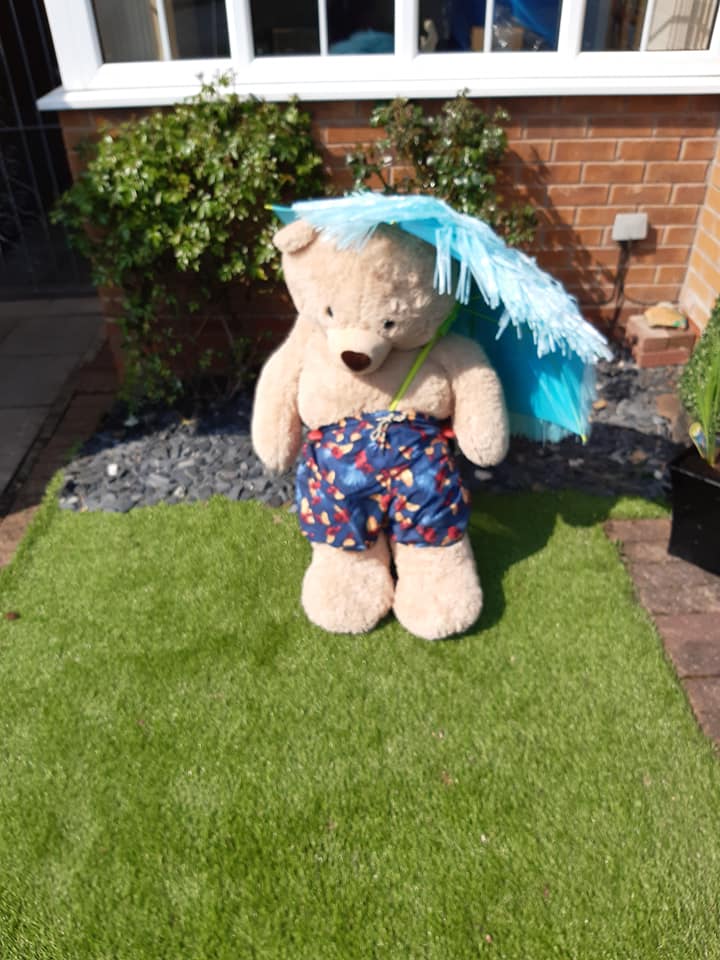 The next day, the poor bear was worn out from his shift! 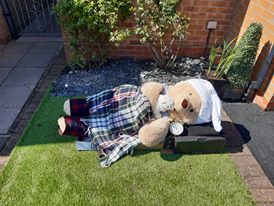 On the 15th April, Bear took a more relaxed approach… 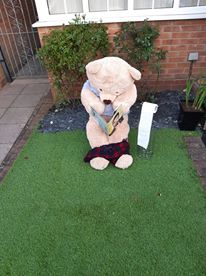 Kath’s children had an art project to do for school work; they made a pond so the bear could go fishing. 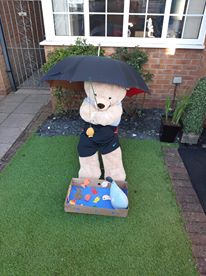 On the 17th April, bear took the dogs for their daily exercise. 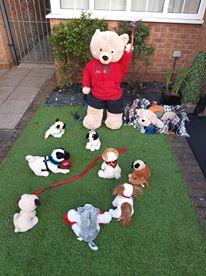 Who doesn’t love a bit of gardening? 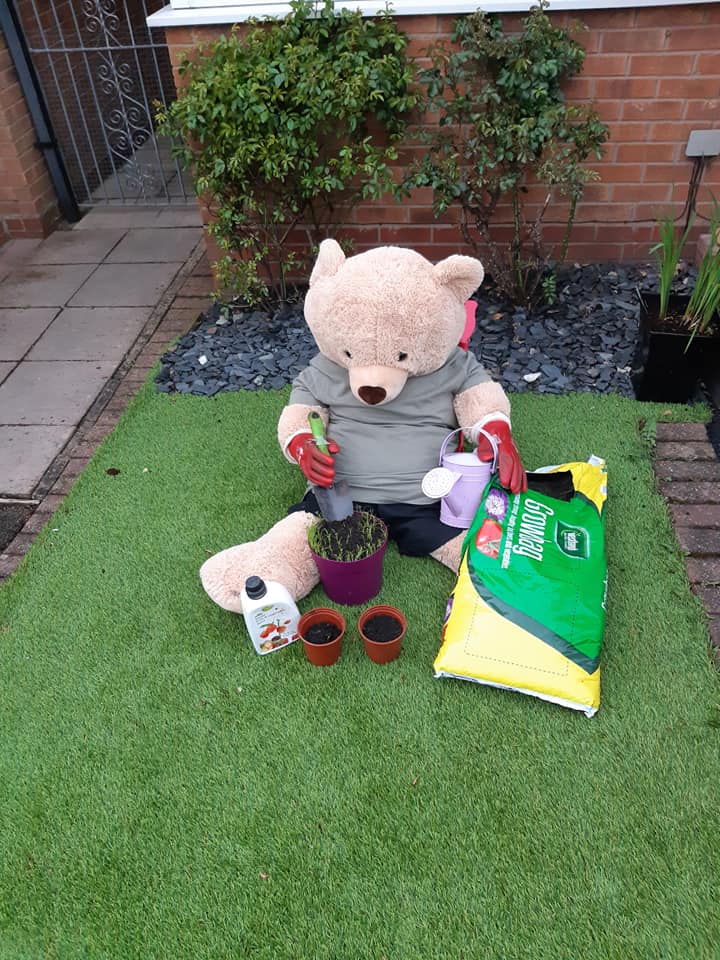 On the 19th April, Bear tried his hand at baking – wonder who was brave enough to try that pancake! 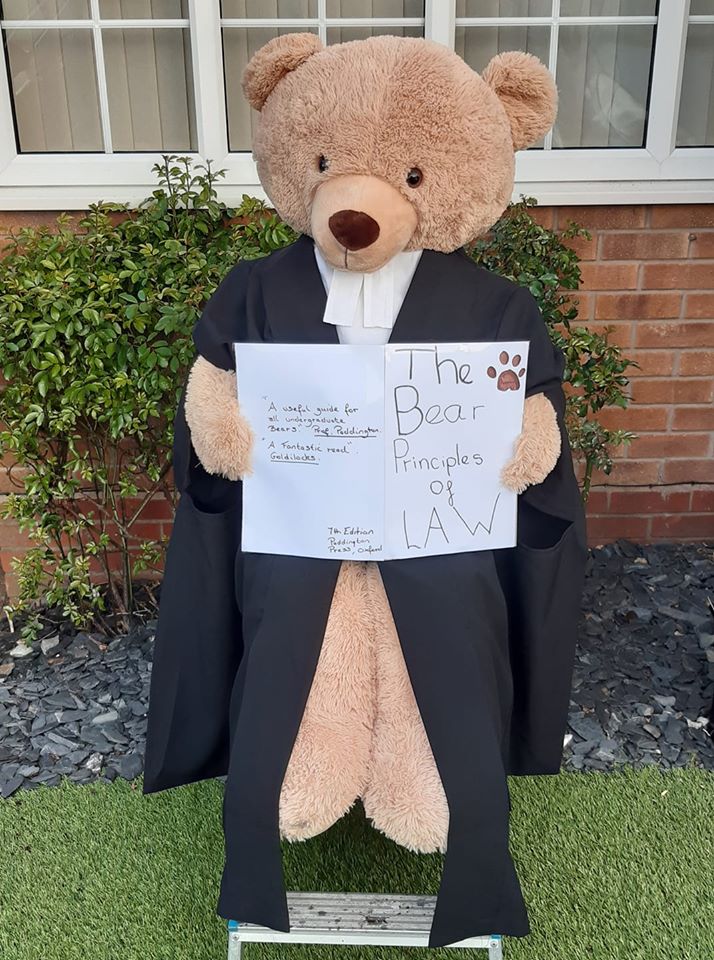 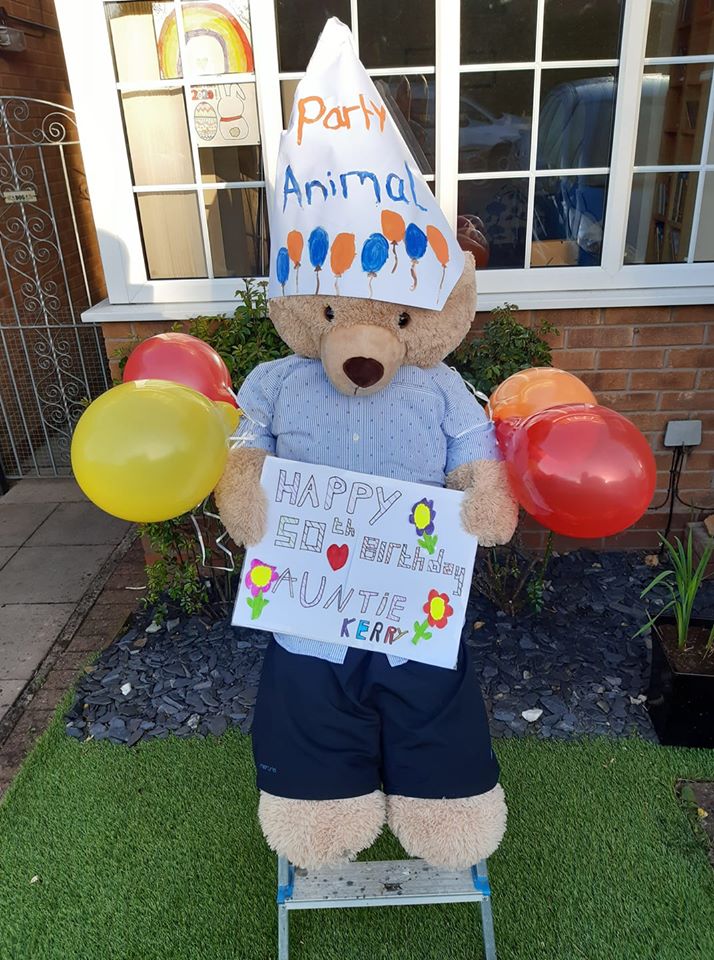 It’s about time the bear had a name. On the same day, the family created boxes for people to post name suggestions, as well as posting on Facebook. 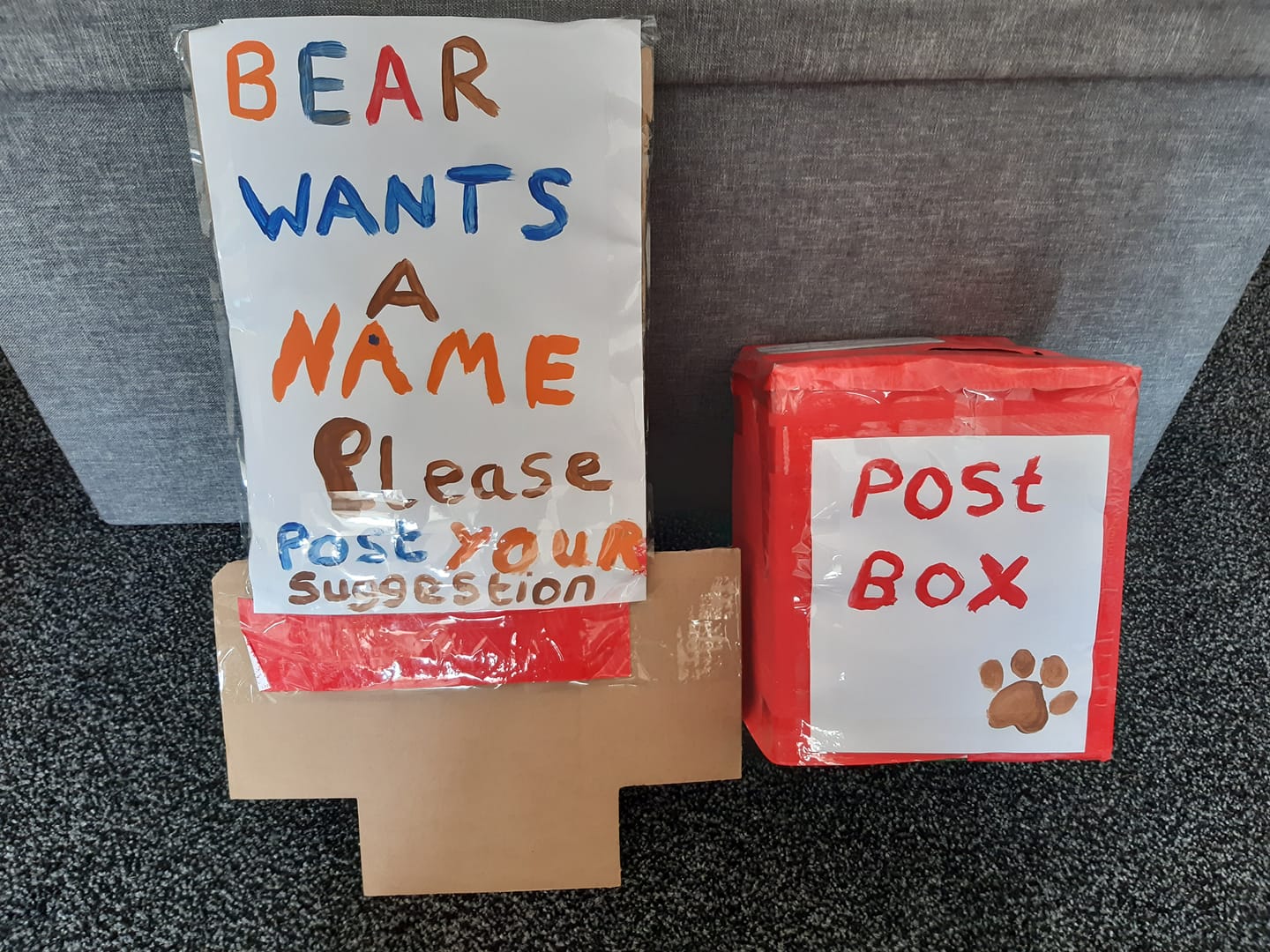 Going on a bear hunt… 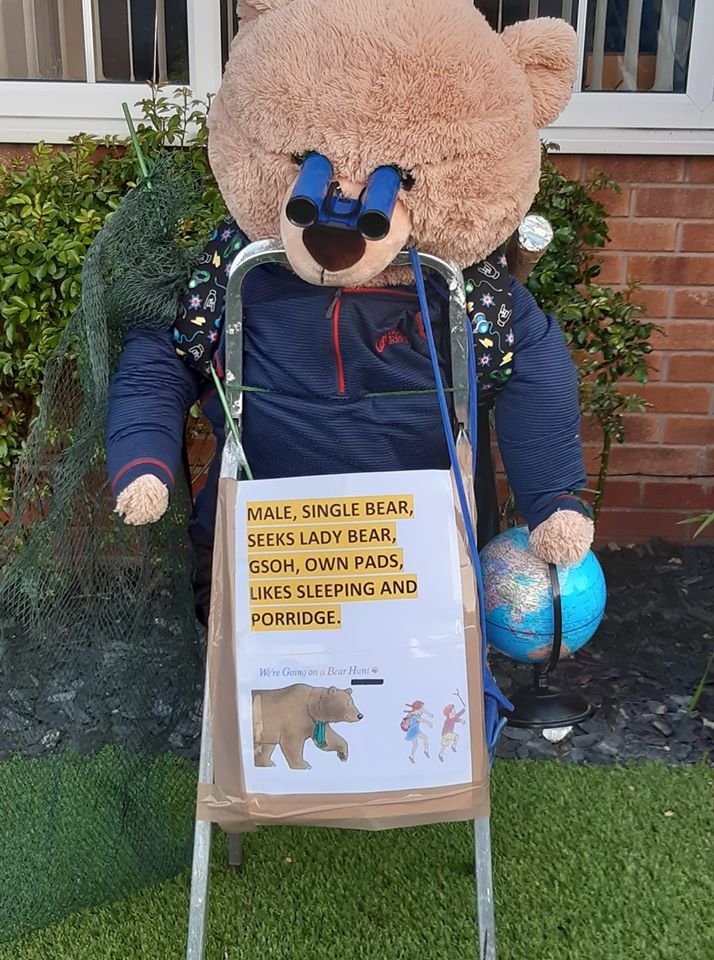 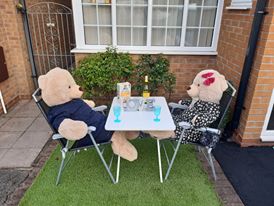 It was time for the big name reveal! Kath’s children chose the names: Divoc (wonder what inspired this name) and Margie. 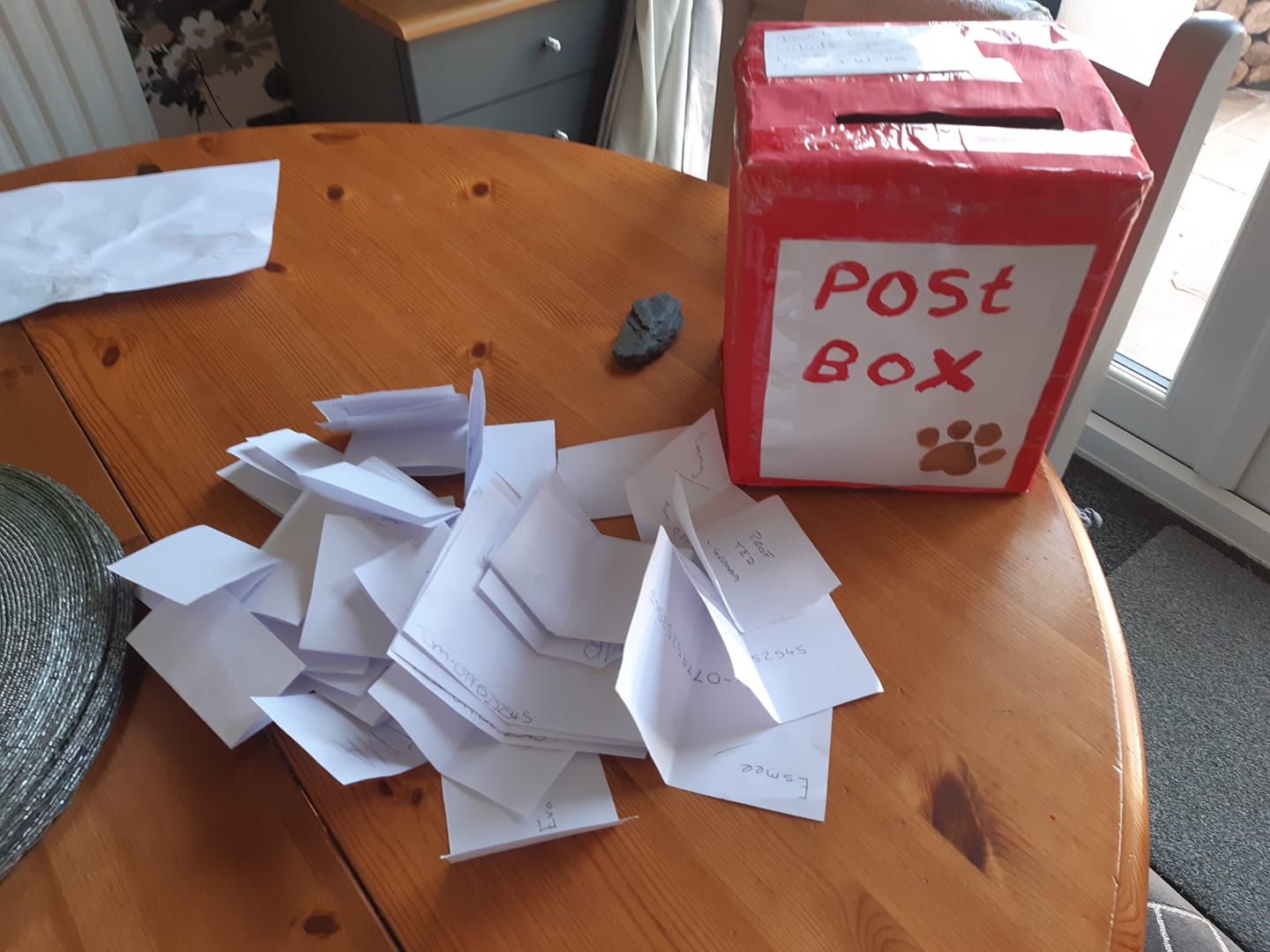 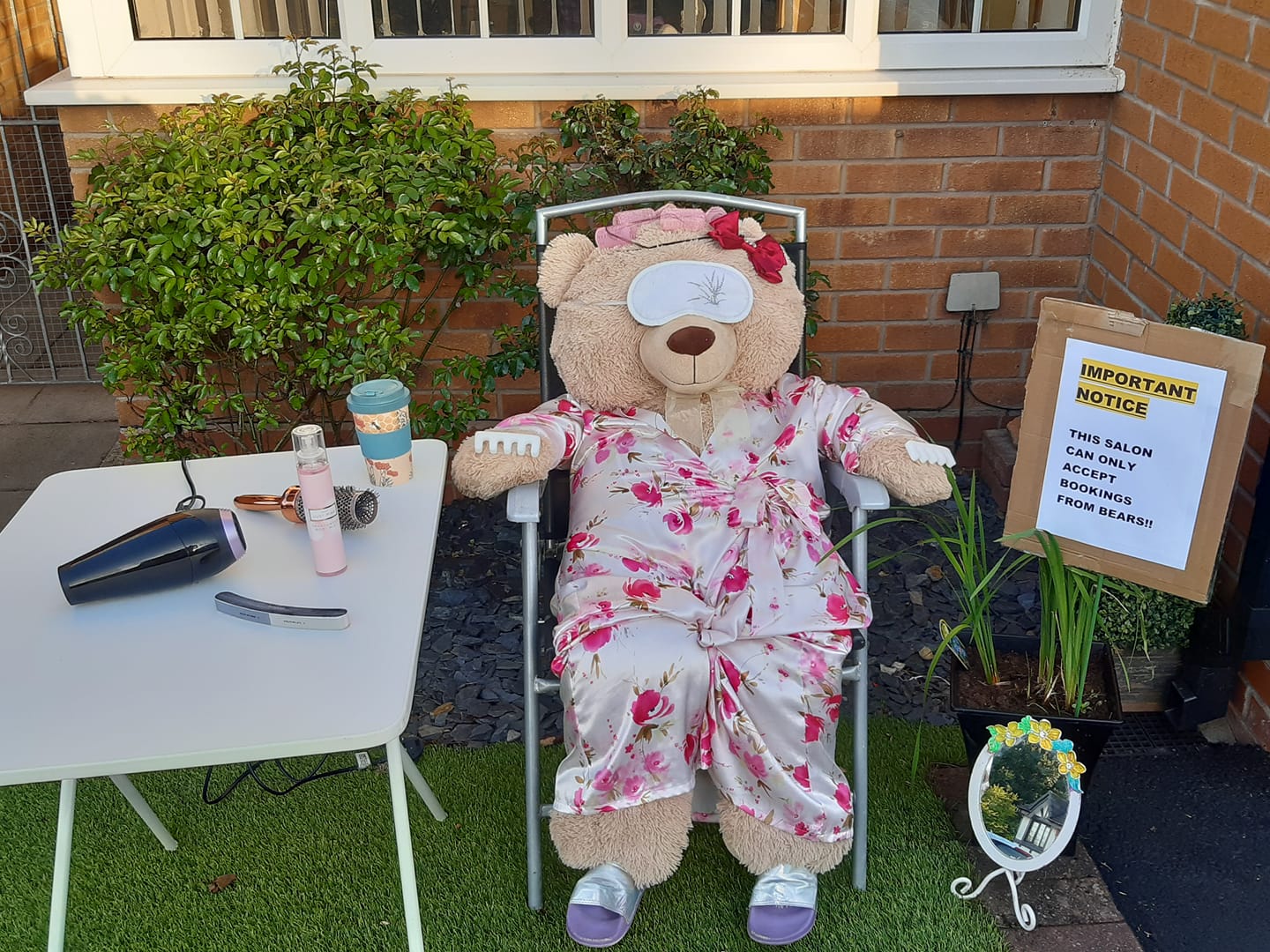 Divoc and Margie made the most of the sunshine by having a picnic date. 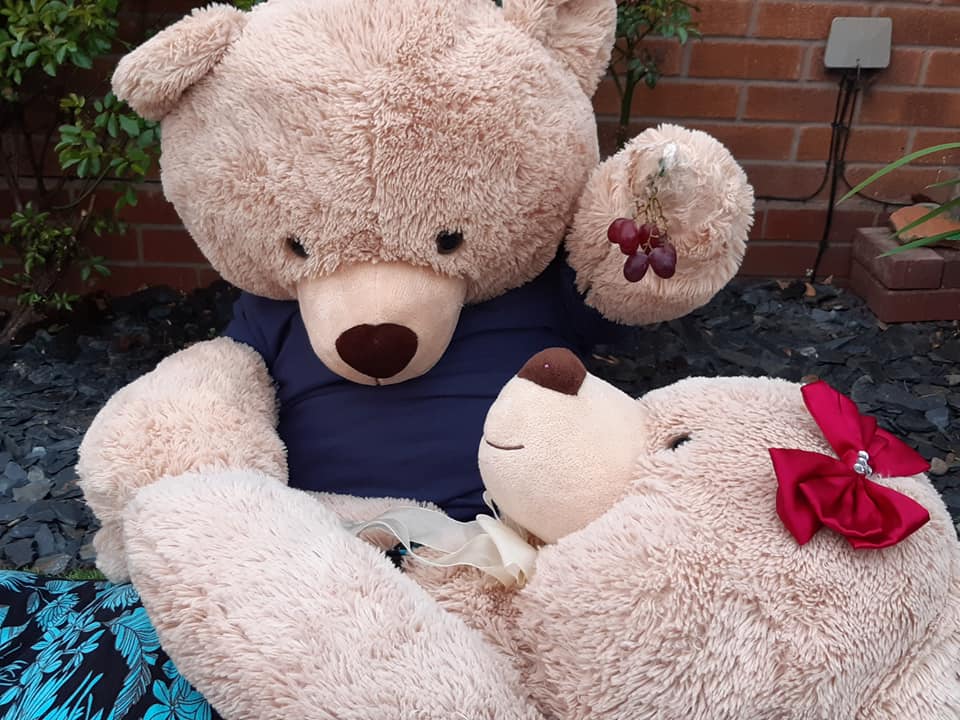 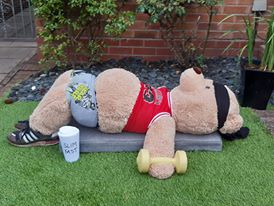 Should have gone to Specsavers? Divoc testing his artistic talents on the 28th April, for their third date. 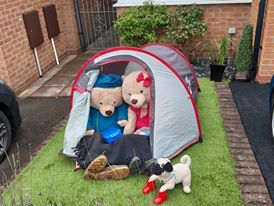 What has been your favourite Bear with a Care activity so far?

The link to the Donna Louise Hospice Care is here, if you would like to help Kath’s Bears with a Care raise money.

What will the bears get up to next…