On 20th May, 2018, 23 students from various sport and exercise courses and years set off from Manchester Airport to Haneda Airport, Tokyo. After arriving at the University guesthouse, we got some much-needed sleep and then got straight into classes and activities the next day. We were split into small groups of 3 or 4 and given a class timetable filled with various classes to attend. 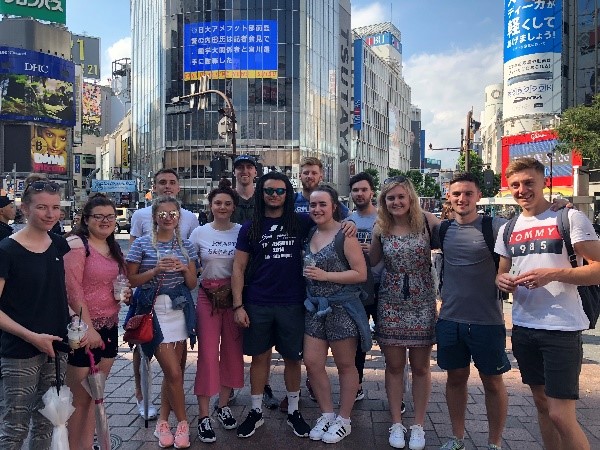 These classes ranged from basketball to volleyball to traditional sports such as kendo and judo. All the students in these classes were very welcoming and we had a fantastic time joining in with the classes. In-between classes and on weekends we had free time to explore Tokyo and surrounding areas. We visited such places as Mt Fuji, Disneyland Tokyo, the famous Shibuya Crossing and attended a Japanese Baseball game.

NSSU (Nippon Sport Science University) is a very prestigious university, with multiple former students going on to win Olympic medals and compete in their respective sports at international level. NSSU has two campuses (Yokohama and Tokyo) which contain world class facilities. We mainly participated in classes at the Tokyo campus which encompasses multiple large sports halls, an American football field, an Olympic swimming pool and multiple rooms for traditional Japanese sports. The Yokohama Campus had facilities for football, rugby, golf, baseball, athletics and many more. 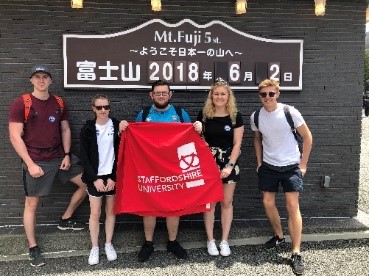 From an educational perspective, NSSU was very different in some respects to Staffordshire University. The courses we took part in were very practical based with only little bits of theory for the students to study in their own time. The students themselves were extremely motivated and engaged greatly in their classes as well as having strong relationships with their professors/lecturers.

Personally, I wanted to go on this exchange for several reasons. Firstly, the opportunity to travel to the other side of the world and become immersed in a completely different culture was a chance I couldn’t miss out on. Secondly, having never travelled that far before or been away from home for that long was a challenge I wanted to set myself. Lastly, as a Sport Science student I wanted to observe how their students trained and recovered as well as look at the facilities that they used.

Having visited Japan and NSSU, I can say I have developed as a person. Having observed firsthand the levels of dedication and motivation the students put into their classes and their respective sports has shown me how much harder I can work on my own endeavors. On top of this, making new friends on the trip with people from Staffordshire University as well as students from NSSU was a fantastic experience and helped tremendously in feeling immersed in the Japanese culture.

For students considering going on the trip in the future or anyone interested in watching a short clip of what we got up to follow this link: https://www.youtube.com/watch?v=omZlj18TOvw