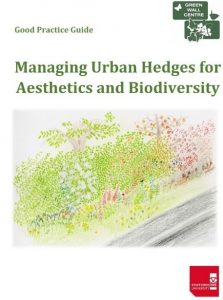 The PGR Conference is hosted annually at the university to showcase the post-graduate research being carried out from all schools across the university. We saw two of our PhD students informing other post-graduates and staff members of their research.

Eleanor Atkins presented her work on the biodiversity value of urban hedges highlighting the biodiversity in urban hedges, the public perceptions of urban hedges and the importance of habitat availability for invertebrates and vertebrates in urbanisation for the ever-growing population. Elle also spoke about the good practice guide she has put together on managing urban hedges for aesthetics and biodiversity, which details cost-effective small changes that would benefit biodiversity. Elle touched on her survey findings that suggest the general public found hedges which were less managed more aesthetically pleasing then over managed hedges cut and shaped regularly. These more ‘rugged’ hedges which were aesthetically pleasing have more biodiversity than those over managed. 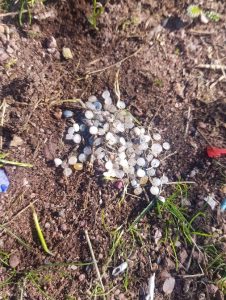 Eleanor Harrison presented the beginning of her research into soil microplastics. Speaking about the need for research into terrestrial microplastics as current research and media attention is centred around marine macro and microplastics which is an issue but studies of plastics in soil and the effects that it may have on agricultural, environmental and human health aspects are lacking. Ellie is in the early stages of her PhD but has already begun testing the effectiveness of methodologies in separating the microplastics from the organic matter in soil samples to be able to analyse the samples. Ellie is now in America with colleagues from the School of Law, Policing and Forensics, taking part in a expedition of the Hudson River with the Rozalia Project, sampling soil from river banks along the way and analysing them for microplastics, mainly nurdles (small plastic pellets roughly the size of a lentil) which are used industrially to make plastic products.