This year Staffs hosted the West Midlands Big Bang Fair again and welcomed 3000 students from Key Stages 2-4 across the county to our Stoke campus for a day full of STEAM (Science, Technology, Engineering, Arts and Mathematics) lectures, workshops and stand activities to get involved with and inspired by. Not to mention the final judging and awards for all entries into the STEAM underwater competition of how to address the current issue of plastic waste in our waters. 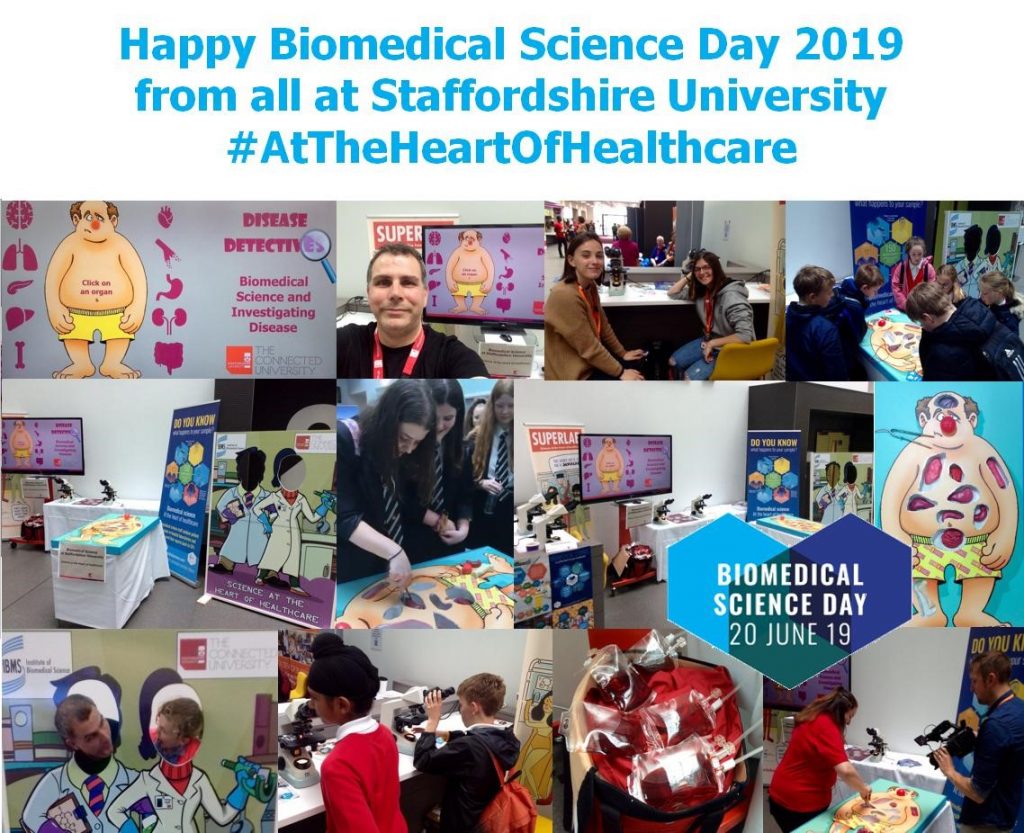 The Biological and Biomedical Sciences team were very busy amongst the buzz of activity on campus, delivering workshops and interactive stands throughout the day. Ian Davis along with ERASMUS students Mariona and Laia were in full flow educating students on biomedical science and investigating diseases, proudly celebrating Biomedical Science Day 2019. 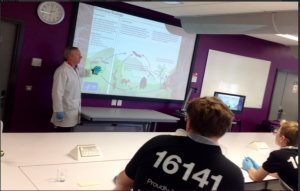 Eleanor Atkins along with some of our brilliant specialist technicians ran workshops throughout the day of a taster into being an Eco Detective. This workshop saw students being hands-on in investigating incidences of dead fish being discovered in the Dee Estuary, testing samples collected from the river Dee and the estuary itself to identify the pollutant and its source, all technics which would be used by The Environmental Agency.

Dr Richard Halfpenny along with student ambassadors Chiedza and Ellen started the day off on their stands discussing the physiology and feeding behaviours of mosquitoes, with microscope specimens from our insectary for everyone to have a look at and test their abilities to identify physiological differences between species and sexes of mosquitoes. 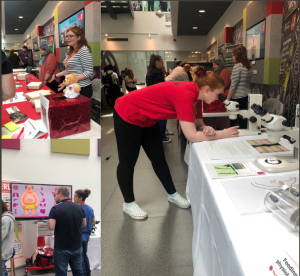 In the afternoon Richard went off to deliver the workshop Outbreak: Disease Detectives which investigated how the original source of a disease can be detected after it has spread through a population or community. Students took part in simulate disease transmission then try and work backwards to identify the source.

Schools and Colleges Champion Vicky McQuillan with current level 5 biological sciences student Chelsea Malpass spent the day talking about the Heatley’s vessels, designed by Norman Heatley in the 1940s and mass-produced by McIntyre pottery in Burslem. 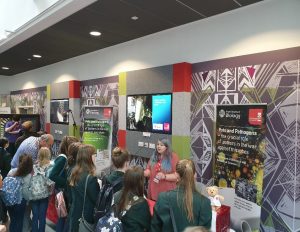 And how Staffordshire potteries curial role in the production of the vessels allowed for the mass cultivate and use of Penicillin which in turn saved thousands of lives during the second world war. Dave Finney from Staffs Ceramics department made a batch of the vessels using traditional methods, from a copy of the original sketch by Norman himself! We cannot thank Dave enough for taking on this task so passionately! 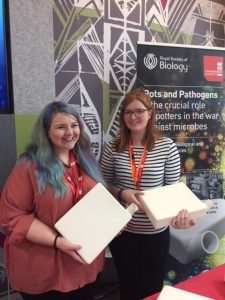 Vicky used the vessels to aid her discussion with students about how the vessels design inspiring newer, bigger equipment throughout late 1950s to the present day, allowing vast quantities of antibiotics to be made but also how this has now presented a new challenge of antibiotic resistance as the microbes ‘fight back’ due to the wide use of prescribed antibiotics exposing bacteria to them over time has allowed them to adapt and become resistance.