The closing speech at #digifest14 was by Ray Hammond, a self-styled futurologist. These are my notes, more details can be found on the Jisc website. 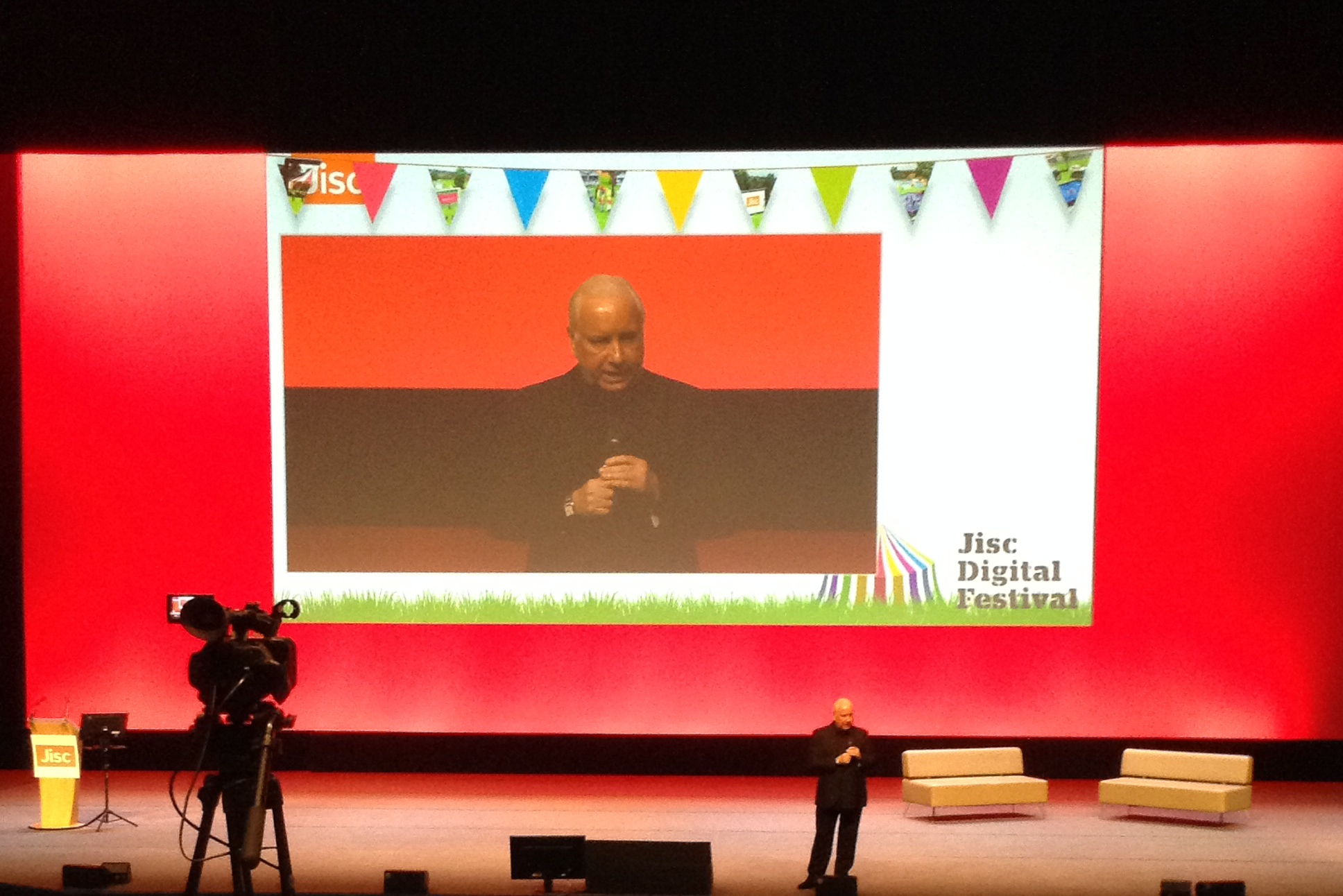 Hammond suggests that we have no language for the future, that the lack of language may inhibit our thinking, for instance the idea of a “mobile phone” does not begin to describe what such a device does today. It is also not useful in explaining future of where the device is going and blinkers us to what it might become. Lack of language makes it difficult for us when new technology arrives. We might have a word but no shared mental model. How can we best exploit a technology? What are downsides?  A lack of common language means we cannot understand implications

Today our lives are mediated by technology. Future of education will be shaped by technology but does not take away human component. For instance we are now building an “always on” network. Form of connectiveness that can’t be described easily, so what is this digitally connected place?

1. In our students’ lifetime there will asymmetric population growth. Most in sub Saharan Africa. Another 50% of people will need fresh water and food.

3. Ongoing energy crisis. Because of population  growth and greenhouse effect. Need cleaner and more sustainable energy when demand could increase by 100%

4. Continuing modem globalisation. Truth lies between between 2 poles of viewing globalisation as evil or as an opportunity for unfettered capitalism. Globalisation if ethical and sustainable is greatest force for good.

5. Triple medical science revolutions: DNA decoding and profiling; stem cell medicine and nano scale medicine, eg drug delivery. This could lead to personalised medicine, and increasing lifespans for those in the rich world and who could afford. Who wants to live forever?

6. Accelerating exponentially technology development. Causes dislocation and problems with understanding. For example,  kids who  want to build apps. 6 years ago they didn’t exist! (or at least the term didn’t).  What will we be talking about in 5 years?

I’m not sure these ideas were revolutionary – I remember having conversations in the 1980s about teh challenges of population growth and food and water security.

But there is no denying, the rate of technology change is accelerating in a non linear manner.

4 years ago no-one had an iPad, and no-one could have described how they might use one. To find out how long iPads have been around, I spoke to my iPad, and Siri told me the answer. 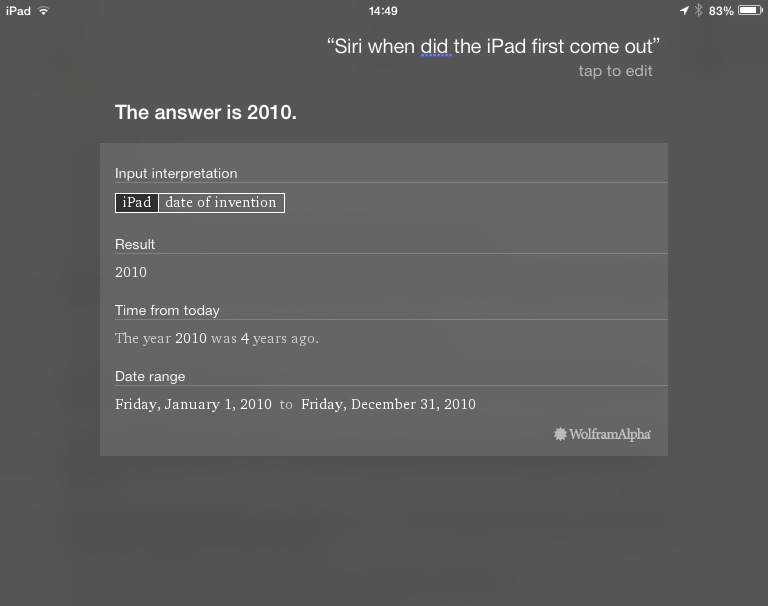 Here’s my prediction. In 10 years we won’t be carrying a recognisable tablet computer. If I knew what we would be using, I’d be working somewhere else.

So what does this all mean for us in higher education?

A later blog post will return to the ideas of #digifest14, and try to create a manifesto for change for a university, which considers all the disparate developments in a digital world: in business intelligence; in learning and teaching; in the ideas of hackerspace and skunkworks; in responding to changing student needs and expectations; changed student populations; in changing staff abilities and identities and finding a way of encompassing this at the heart of an organisation

I’ll tell you something else about this future – it’s a going to be lot more than buying and installing a few new components for a VLE or a student information system.

Hang on, it’s going to be a fun ride.