“Hacking the University” was the title of a talk I went to at #digifest14, by Joss Winn of University of Lincoln, which covered among other things the idea of “Student as Producer”, originally envisaged for Lincoln by Mike Neary. This came out of an HEA funded project, but has now become the Learning and Teaching Plan for the university – concise, simple and understandable.

Joss talked about the role of a university and reflected on how in the 19th century, research and teaching were combined together, but that since then the two had drifted apart, and n some cases a forced binary divide created.

With the new teaching and learning plan, all new validations had to show how the idea of student as producer was being embedded. This was therefore happening slowly, rather than as a big bang approach, but it was suggested that the ideas were clealry manifest in the curriculum. This was then a low burn approach but Joss suggested there was a lot of lots of senior engagement through conferences etc. The fact that Lincoln were given lot of publicity through HEA also mean that they were being watched which gave everyone encouragement to keep going.

So what did this have to do with hacking the university? Well simply put, this was a new set of ideas that gained traction and had impact across the institution. The question is how far this can be taken, and whether there are other ways of challenging and changing a university.

Can we hack our university?

In any large organisation, it’s easy for innovation to be stifled, or worse, for it to become a paper exercise where success is measured in the production of a paper for academic board or senate, a policy document, or a set of guidelines (actually this list could go on and on).

Is there another way of creating and supporting a drive for innovation, such as the skunkworks idea? A place where innovators, creative thinkers can be brought together free from the constraints of discipline? 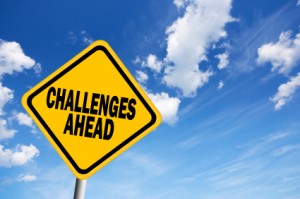 So here’s three ideas which sort of link to what we say we are doing in our various strategies, but might be another way of seeing some output and impact more quickly.

1.  As previously written in these pages, the digital future is going to be so much bigger than the digital past. But how does a university address this issue? Is it something to have a locus in an IT services department? In an education development unit? In a business planning and forecasting group? How do we harness the existing knowledge and horizon scanning within a set of constraints that do not reflect what the future will hold? I’m going to be working with a couple of key people to identify some kind of digital manifesto for us

2.  Working with the students as producers idea, we also need to encourage further the idea of teachers as producers. Academic staff who are research active in the traditional way can easily publish. In a teaching led organisation though, we need to consider a broader range of scholarship and outputs. We’ve gone some way towards this but can we make another step change?

Everyone has 22 days of self managed scholarly activity,and we are working to  make sure we see outputs from this. One way we could support people could be to use our university blogging tools more creatively, in the way that the LSE do. We could create easy forums for staff to present and share their ideas.

3.  And finally. Well,  I’m not sharing my final idea for hacking the university, but here’s a challenge. If we want to encourage student co-production of learning, and encourage staff scholarly outputs, then we in management and leadership roles could set  a different example.

I write this blog and talk at external events, so my challenge is this – for everyone on my weekly email list to produce a guest article for this blog. 500 words on a topic relating to HE policy, digital futures, university developments – it should be easy!