HEFCE have just released data on characteristics of staff employed at UK HEIs, with a nifty little interactive tool to allow you to plot the graphs. Sadly it doesn’t;t allow you to add multiple categories together or anything truly interactive,but there are some inetrestign (and in some case, I guess, inevitable) results.

If we look at gender, then the more senior you are, and the higher up the pay scale, the more likely you are to be male. this applies in senior leadership roles, but also in academic roles. 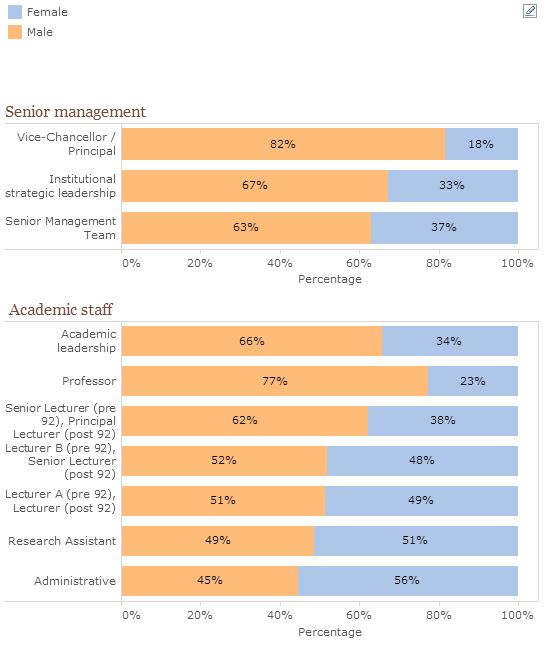 If we look at ethnicity, then the higher up the greasy pole, the more likely you are to be white.

For those universities who are working toward the Equality Challenge Unit Race Equality Charter Mark, or indeed initiatives such as Athena Swan, then it might be interesting to consider recruitment and development policies and institutional results against the national trend, otherwise as a sector we are likely to reinforce the image of senior roles being for middle aged white guys (disclaimer – I am one).

To really get a better reflection, then an individual institution could compare its gender and ethnicity profile against both the general population and also against its local and student population. Certainly from a point of view of BME student attainment, there is often a significant difference in the diversity mix of the staff who lead and teach in universities and the student body.

For another view on these results, have a look at the registrarism blog by Paul Greatrix.