In a moment of serendipity, in the last week I started looking at some online solutions for gathering and sharing feedback and evaluation of modules by students. In the same week, articles appeared in the press on the involvement of students in providing feedback, and how, when and why we listen to them. 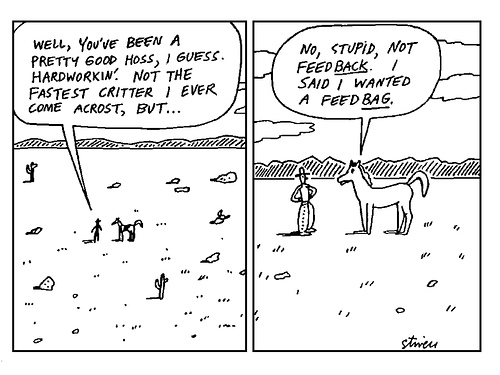 In the first instance, the Times Higher provided a piece by Martin McQuillan of Kingston University, on selective hearing.

In recent months universities up and down the country have been engaged in a frenzy of activity in an effort to ensure a favourable report from their students in the National Student Survey. Slides are presented to students and articles written for campus newspapers detailing improvements to teaching and services made in response to student feedback; survey responses are solicited via emails and phone calls; course reps, societies and clubs are asked to encourage undergraduates to take part; and participants are offered the chance to win book tokens, printer credit, graduation ball tickets, iPads and Kindles.

So far so familiar. But the key point is in the next line where he emhasises that the universities who receive the most positive feedback (and possibly attain elevated league table positions because of this) are those who listen to student feedback throughout the year, not just in the time period of the NSS.

In terms of us at Staffordshire, then we will be looking to reinforce this in two ways – firstly by changing the way in which we advertise NSS to students – the emphasis in future will be on a continuous dialogue between school managers and their student bodies, starting in Welcome Week. Secondly, a more focused module evaluation system, with the right processes sitting behind it (ie not just a technological solution to get people to fill in questionnaires) will also provide a basis for dialogue.

Of course this is all very well when things are going right. as McQuillan says in the article:

However, universities are not as good at listening to the student body when it questions management decisions or criticises government policy.

On such occasions, dissenting voices are not considered co-creators of an academic community, but are instead frequently dismissed as part of a minority of troublemakers. In the rare event of student criticism that is accompanied by open displays of dissent, such as occupations and demonstrations, it is usually met with the full rigour of institutional procedure and more often than not criminal law.

The challenge then, is to accept that if we are regarding our students as co-creators (and it appears in our Academic Strategy) then we have to be prepared to deal with tough questions accordingly.

Balanced against this though, is how well prepared are students to act as co-creators, and to provide the right kind of feedback. In a linked article, Joanna Williams of and Jennie Bristow of the University of Kent argue that the student voice has been “tamed, domesticated and institutionalised”.

Noting that the rebelliousness of students seen in previous generations, has for the most part disappeared, or is swiftly put down by forces of law, they note that the student voice:

is encapsulated in the image of the good student who gives feedback when asked, contributes to staff-student liaison committees and makes only realistic suggestions that confirm a consensus. Regardless of the type of institution attended or the diversity of the student body within an institution, the student voice proves itself remarkable in its homogeneity. Demands for assessed work to be returned more quickly and with better feedback echo around every university in the country.

As I suggested above, I think it key that dialogue occurs between the two parties. Williams and Bristow write:

Lecturers who do not take heed of the student voice risk a poor departmental performance in the National Student Survey, and a low ranking for their university in institutional league tables. The following year, “customers” may not be so forthcoming.

This can make it difficult for academics to challenge the student voice, resulting in what Duna Sabri, visiting research fellow at King’s College London, has termed “the sacralisation of the discourse of ‘the student experience’”.

The first paragraph is true – and if customer” or students do not come, then subject areas might be under threat. But rather than dismiss the student voice, again the need is to recognise the benefit of engagement. Williams and Bristow do usefully identify that there is work to do by universities, in developing their students so that:

For students, the aspiration to be the intellectual equals of their lecturers and critically engaged in the search for new knowledge or the reinterpretation of existing knowledge is entirely laudable. But this should be a privilege students earn after having engaged in an intellectual struggle to master the foundations of a discipline.

Student voice however does need to go beyond just the challenge of the discipline. Students are paying or borrowing substantial sums of money to be at our universities, and rightly expect certain standards of provision to exist, however they won’t know everything (although I’ve met plenty of undergraduates who think they do. And not a small number of staff too). 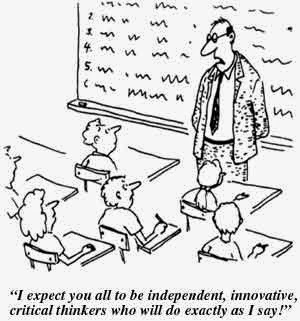 In a separate piece in the Guardian (student feedback is a waste of everyone’s time) , an anonymous academic rails against the way in which students are able to comment on his or her lecturing, on the content of courses and how enagaging the lectures are.

Comments included: “They are not experts in the field and are not well-placed to assess the relative merits of a course.”, “The course content reflects academic research and theory on the subject and is not up for discussion.”

Student feedback is a waste of everyone’s time. It’s disingenuous to ask students constantly to complete feedback forms that will probably do little more than fester on a hard drive until someone needs to cherry-pick the good comments for annual reports or applications for promotion.

It’s also completely redundant: universities appoint external examiners who review course content and marking annually, and there are regular peer observations by colleagues. These ensure professional standards are maintained. As to the question of whether students are satisfied, I’d rather they had an education.

Really? Feedback from students can be powerful and useful, if used properly. And teh reference to external examiners is a red herring – their role is to assure academic standards, not the overall experience of students. Peer observation has a place, provided it is genuinely developmental, but does rely on our peers being prepared to challenge us.

The perceived arrogance in the piece prompted debate on Twitter and in the comments under the article are well worth reading. All I would say, is that this is an approach to take that is guaranteed to disengage students. We’re not here to make it difficult for the sake of it. The subject might be difficult, but we want students to have an experience that allows then to engage with their learning and to become schooled in the discipline, and when necessary  have that conversation with us, with respect on both sides, to allow us to improve it.