I’ve been casting my eye over almost all the other blogs on the Staffs Uni blog page and I really am reminded of the pressures of being an undergrad. Postgrad student me is completely different to undergrad me (almost certainly a very good thing) and the shift in my attitude to studying is quite startling. I should point out though that the undergrads writing those blogs are a good deal more diligent than I was.

Back in the day (Polytechnic of Wales, for those who remember polytechnics), I cursed 9am lectures, made perfunctory notes during lectures, and wrote assignments the night before they were due to be handed in. Revision for end of year exams was something I fitted in around marathon games of football with the other students on my course (I suspect we may have seriously damaged the average standard achieved by an undergrad at the Poly of Wales during this period). I went to great lengths to create an outstanding overdraft at the bank, ostensibly to buy books, more often than not I passed the money to a fellow student working behind the bar at the Students’ Union in exchange for something briefly more edifying than books. 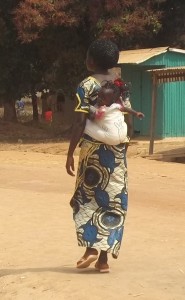 I would have laughed at the idea of doing a postgraduate degree while holding
down a full time job in a humanitarian crisis, deeming that to be utterly impossible. In fact, the opposite is true: it is VERY possible. I admit to feelings of self-righteousness occasionally: when someone in the UK tells me of the pressures of their life, I tend to regard those pressures as trifles, but in fact pressure is relativized according to your expectations. I don’t call a traffic jam on the way to work pressure, but for someone with a boss who doesn’t tolerate tardiness…. you get the picture.

Most of my pressures are self-created: the pressure to achieve a certain mark, the pressure to complete the weekly readings by a given day each week, the pressure to piece an essay together as the module goes on and not to leave it to the last week. All these things can be managed provided that nothing unexpected crops up which takes up an evening. Therein lies the difference between the undergrad mullet-sporting idiot and the organized person I have become. The pressures are manageable, despite the horrific crisis which has enveloped Central African Republic, despite the armed gangs roaming the area around my current location, despite the gunshots in the night, despite the crippled health services, despite the repeated bouts of malaria which knock me over briefly, despite the packed-to-bursting refugee camps (Protection of Civilian camps now), despite the exhausted woman clutching her baby I found at the side of the track this week, despite all this there is a sanctuary each evening. That sanctuary is to retreat to my room each evening, forget the day, put some order in my life and punch out 90 minutes of study at my own pace, sucking in knowledge, and just….well….making what I thought was impossible very possible.

I’m not some moralizing self-help book here, I’m the normal bloke who decided to follow a post grad degree. My situation is not unique (the department has another student in Iraq), but pressure is a good thing and should be used to squeeze the best out of yourself.

To those feeling the pressure: leave the football pitch an hour earlier, don’t spend all your money in the student union, and don’t have a mullet hairdo. There really is no excuse for that.

About Richard Bretherick 13 Articles
Final year MA International Policy and Diplomacy student. After twenty years in the military I eventually landed a job in the humanitarian industry, and I'm currently in the far north of Central African Republic managing a program in the fight against malaria. I love my job and I'm very lucky that I can say that.

Between Semesters in Africa