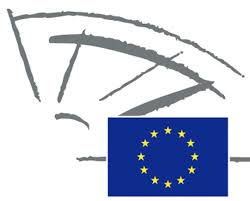 The European Parliament’s committees on budgets and economic and monetary affairs have voted against taking money out of Horizon 2020 to pay for an EU investment fund.

In a vote on 20 April, the two committees voted for European Commission president Jean-Claude Juncker’s proposal to establish a European Fund for Strategic Investments (Efsi), but rejected his proposal to use €2.7 billion of Horizon 2020 funds to pay for it. Funding should instead be taken from the annual budgetary margins, until it reaches the required amount of €8 billion by 2022, according to the Parliament vote.

“We want to preserve Horizon 2020 as much as possible, which is why we want to use the budget margins, formed on an annual basis,” said José-Manuel Fernandes, the budget committee’s rapporteur for Efsi, at a press conference following the vote on 20 April.

Europe’s researchers have lobbied against Horizon 2020 cuts for months, arguing that a decrease in funding would undermine the continent’s strong research base. Research groups such as the European University Association have said that universities will struggle to access the Efsi funds because they are based on loans rather than grants, and only few universities are legally allowed to take loans.

More from my site