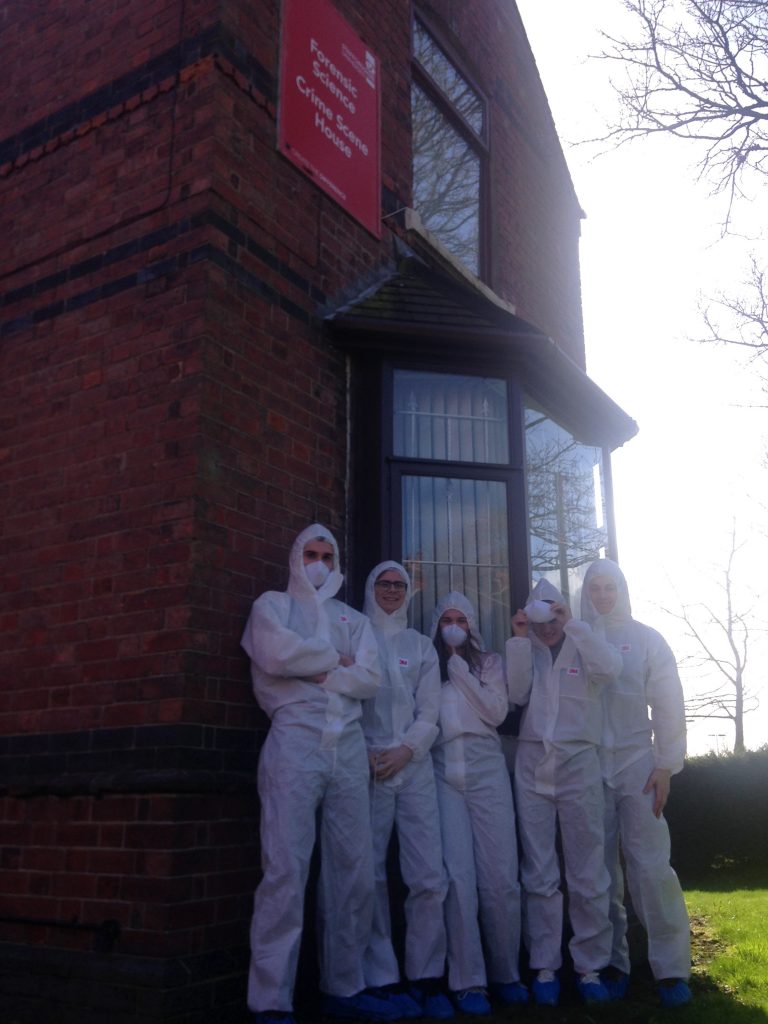 The students signed up to the short course after seeing a guest lecture by Associate Professor, Dr Claire Gwinnett at University College Leuven Limburg last March. The visit was organised so the students could get hands-on crime scene investigation (CSI) experience.

The first day provided an overview of crime scene documentation, photography, packaging and evidence handling with Dr Claire Gwinnett and PhD Researcher Laura Wilkinson. A lot of examples were shown and discussions were had about the best way to preserve evidence. The day ended with a fingerprint powering session to brush up skills for their crime scene investigations. 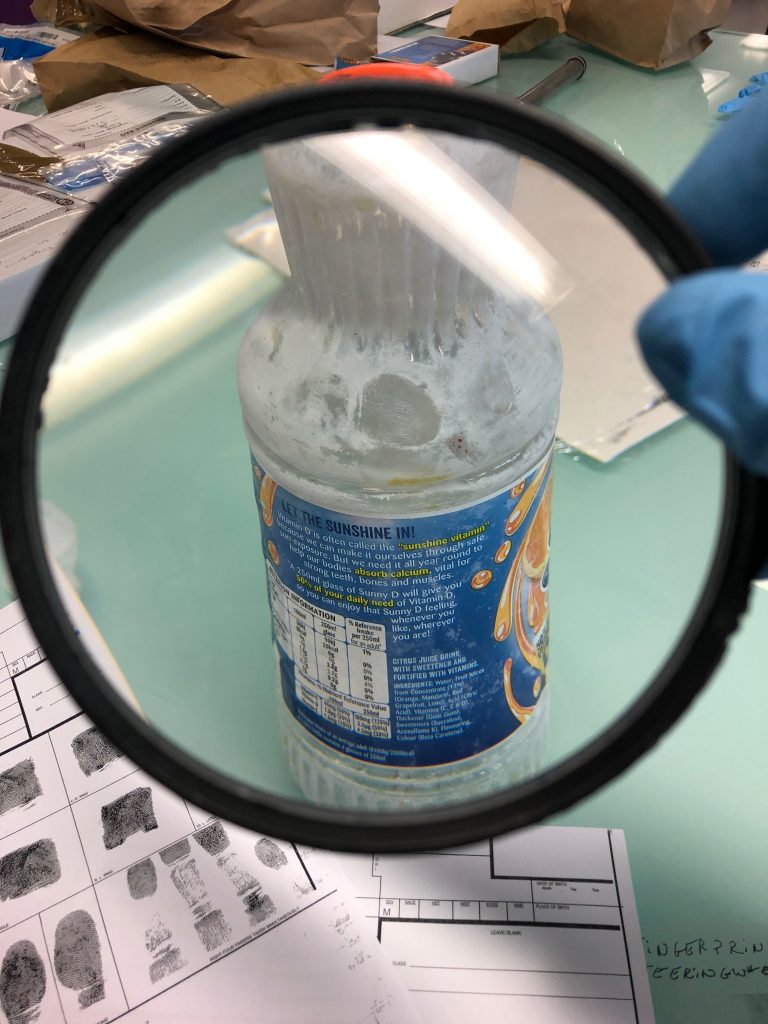 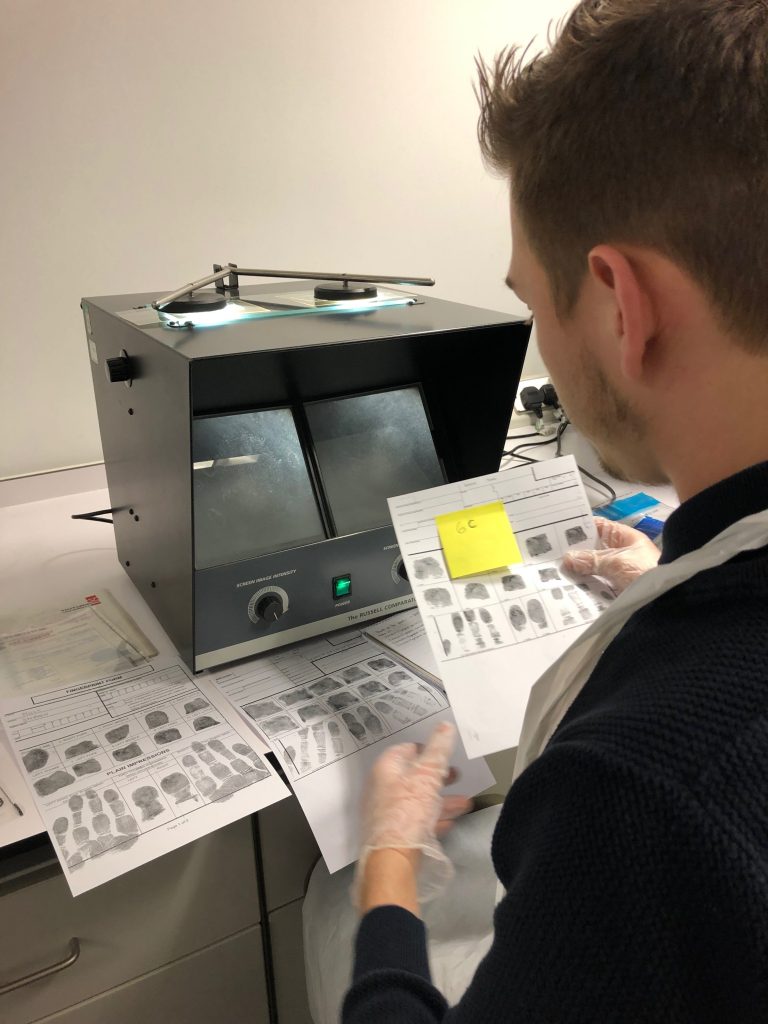 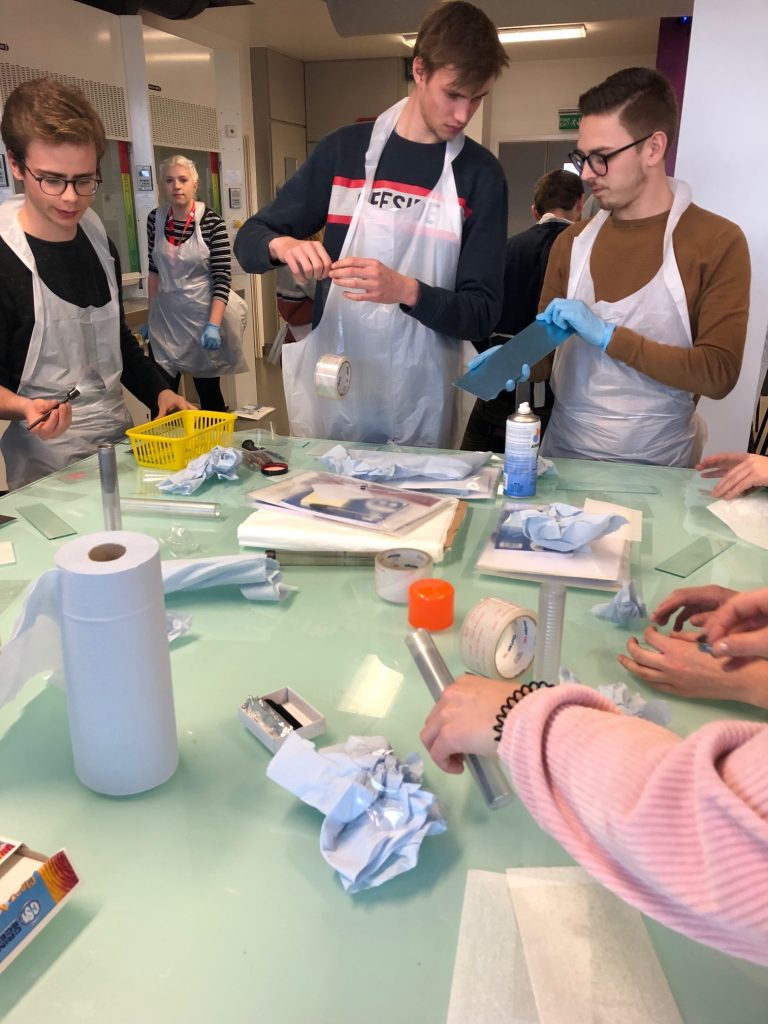 CSI teams of five students were each given a case scenario, ranging from a missing persons investigation, potential kidnapping and assault and murder. They aspent four hours at the crime scene house investigating their case – some were focused on a bedroom scene, others in the kitchen and lounge and others investigating a vehicle outside. 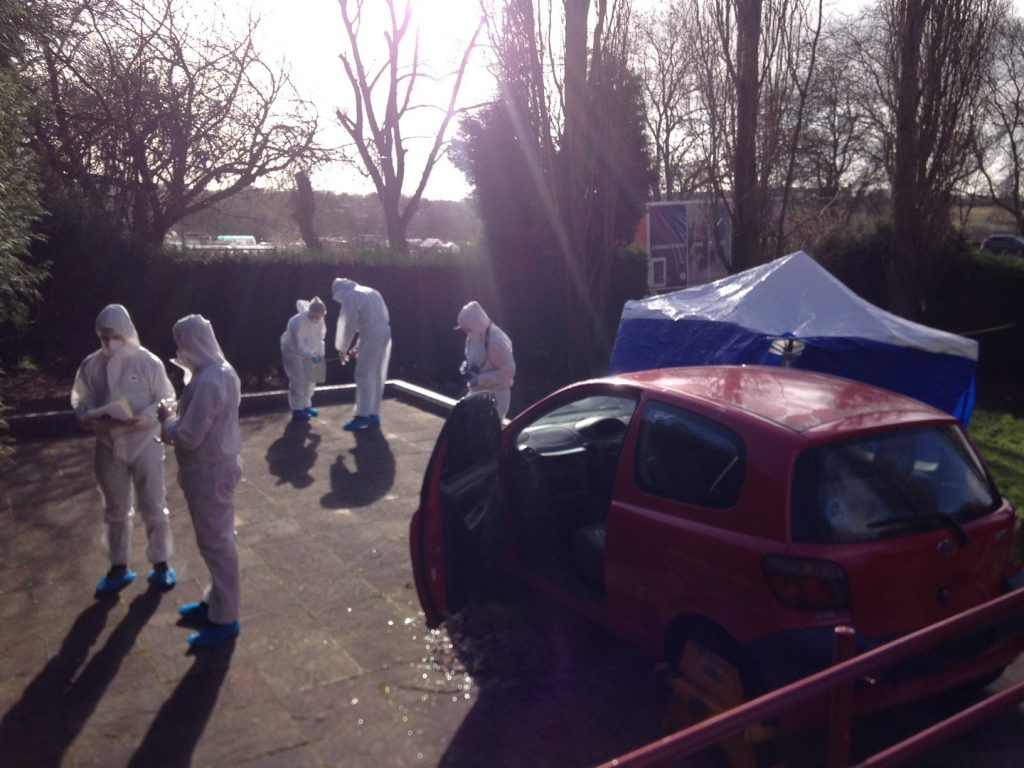 The teams had to work together to identify, document and retrieve evidence ready for future analysis. Later that day, teams created forensic strategies for the investigation and the analysis of the evidence, prioritising evidence so as to enable the ‘what, when, where, who, how and why’ questions to be answered. Our UCLL interns Bart Bogaerts and Koen Geurts, who are here at Staffs till June conducting research, helped out at the crime scene house with evidence packaging. 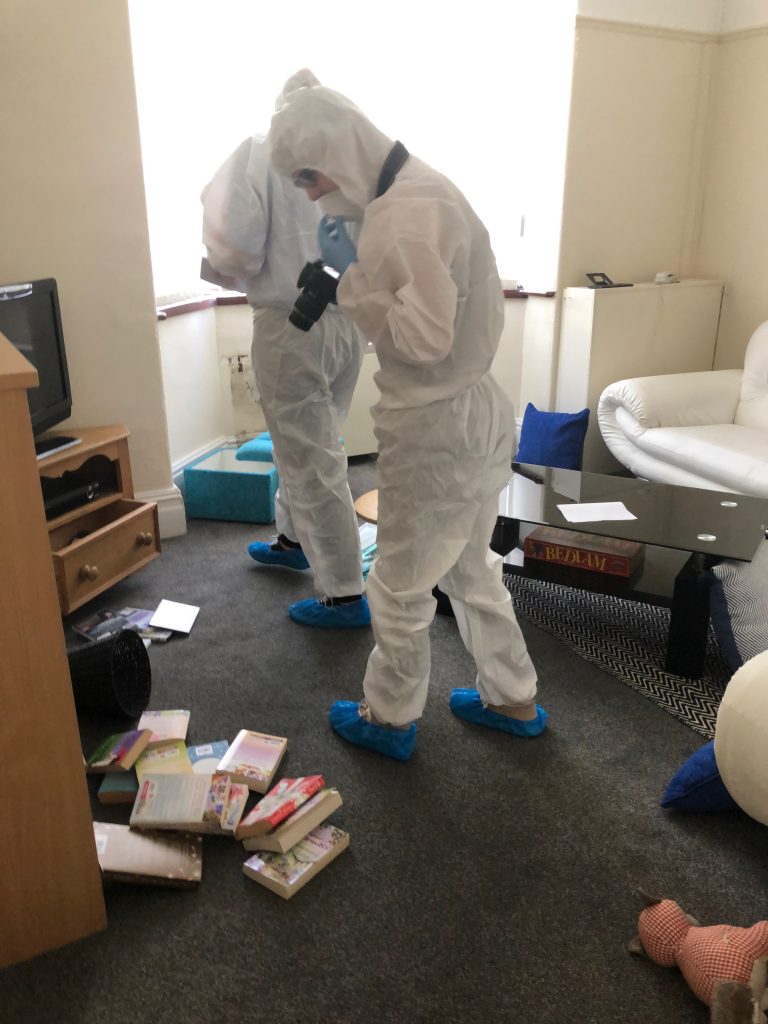 Evidence analysis day meant the teams had to identify the analysis techniques and tests that they wanted to conduct on their evidence: including body fluids identification, presumptive testing of drugs, document analysis (using VSC), ink analysis (using Raman Spectroscopy), hair and glass analysis, chemical development of fingermarks and Electrostatic Detection Apparatus for ID of the presence of any indentations on paper evidence and DNA submissions.

Each team could only submit three items for DNA analysis, meaning that the evidential value of each item of evidence had to be scrutinised and an effective forensic strategy developed. 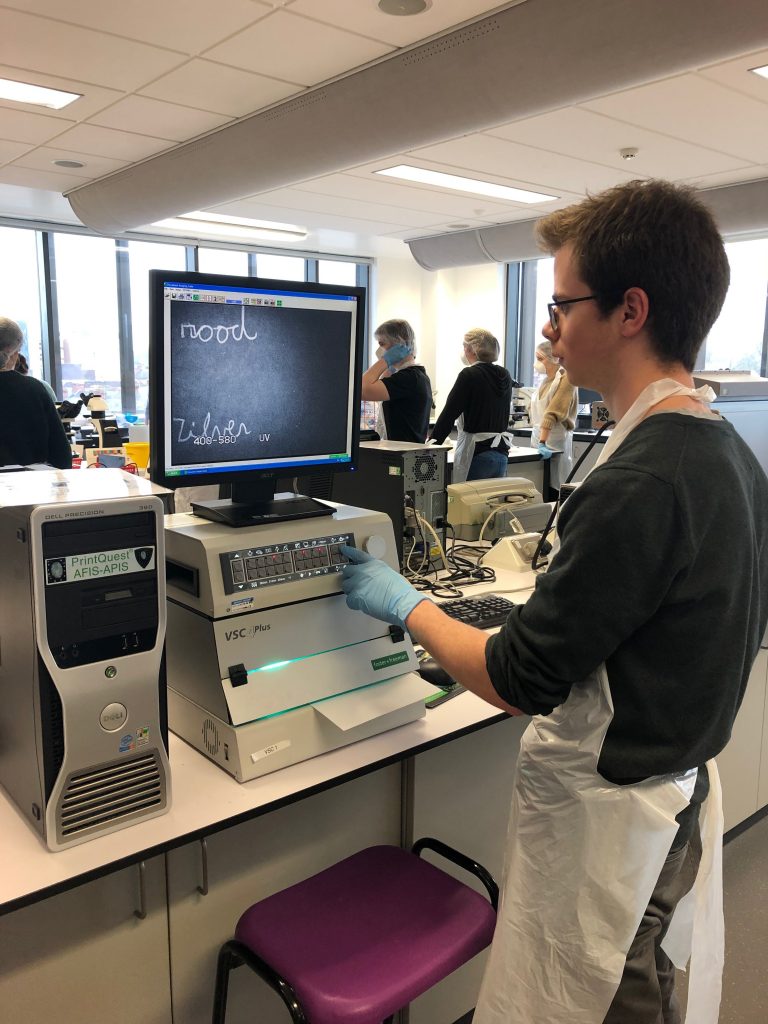 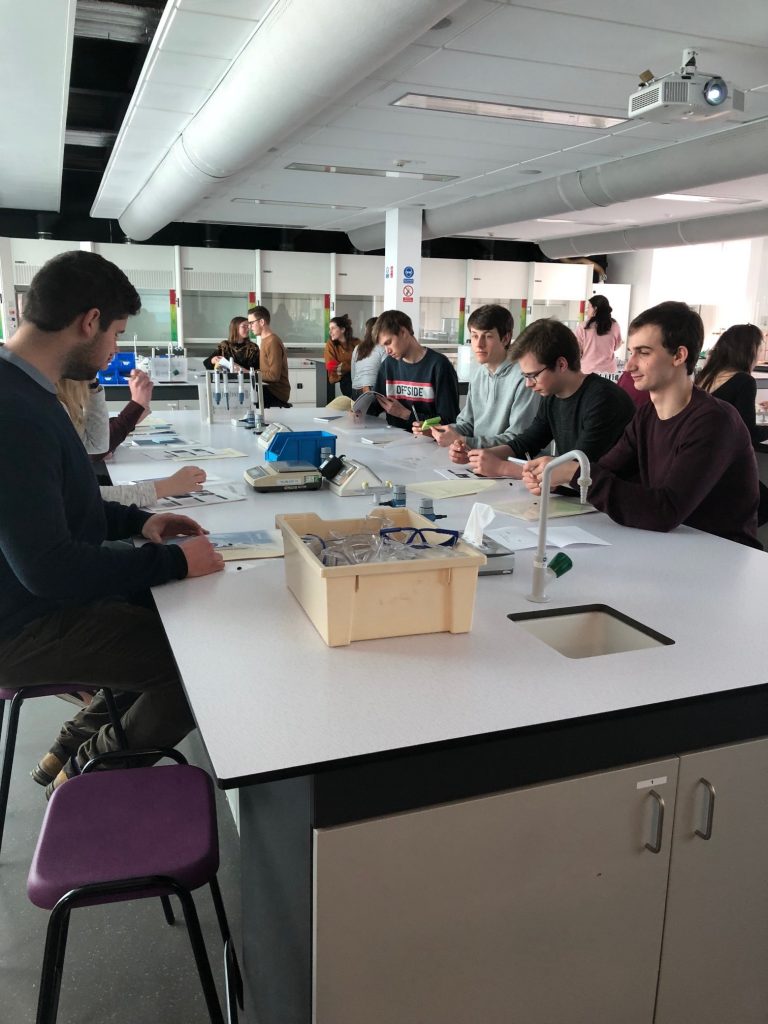