Last Friday I gave a lecture to level 4 history students on the establishment of the post Second World War order.  Until the election of Donald Trump today that order has largely been taken for granted. The order is liberal in design based on an open trading system, collective security and a strong western alliance.  It was never a perfect order and it was one which supported and advanced the interests of the United States and which continues to privilege the most powerful in the system.  There was a trade-off, however, that whilst the interests of the powerful might be advanced by the system they would also be constrained by it.  At times the bargain has been broken, most willfully by the Presidency of George W. Bush, nevertheless the post-war liberal order has provided a structural stability to the international system for the past 71 years. 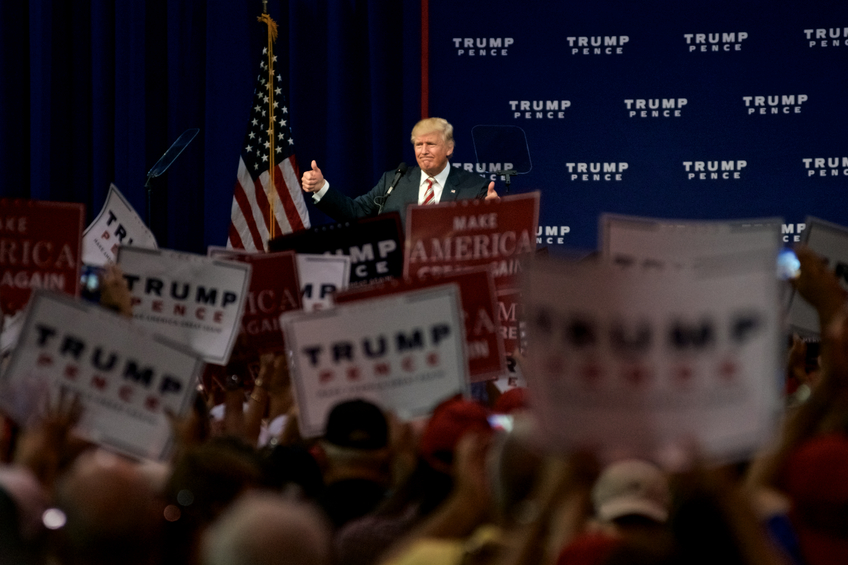 The most important feature of a managed international system is that at its heart is a system of rules and rules constrain raw power.  When power acts against those rules, which it has done, the rules at least enable a strong condemnation from a firm foundation: disapproval is not just a matter of opinion, it is a matter of law.   How though is that law to be upheld in an international system in which there is no world government, no centralized enforcement power? It is sustained by consent, by enlightened self-interest which recognizes that whilst there might be short-term costs to acting within international legal constraints, these are outweighed by the long-term interests of a stable, consensual, rule-based international system.

The election of Donald Trump has the potential to threaten, possibly even destroy the liberal consensus which whilst buffeted and bruised has just above survived into the second decade of the 21st century.   The election of a populist president on a programme of protectionism and even isolationism is not what the world needs right now.  The rising power of non-liberal states has signalled the likely demise of the existing American order for some time. The world is at a pivotal point in its history, a moment potentially with great opportunities for a better future: the world should be more multi-polar, western interests should not always dominate. Whether the transition to whatever is coming next is peaceful and supportive of wider human interests or not, to a large extent depends on the quality of US leadership as the US adapts itself to the new realities of shared power.  The slogan ‘make America great again’ does not augur well.

Level 4 students are almost universally unaware that they are living through a tumultuous moment in history.  They have chosen a good subject to study at university though, one which enables them to develop a greater awareness and more critical understanding of the wider contexts within which their lives will be lived. Democracy, to paraphrase Winston Churchill, is the worst possible system except for all the rest and it certainly throws up some surprises.  Traditional liberal thinkers always stressed that democracy could only work well when it was accompanied by good education – voters should understand what they are doing when they vote.  U.S. voters I’m sure did know what they were doing giving a bloody nose to the establishment, but how many had a wider appreciation of the possible global impact of their decision?  History has some harsh lessons to teach about populist leaders voted into power on platforms of intolerance, division and protectionism. One thing that we can be certain of on this morning of otherwise terrifying uncertainty, is that the world needs more education in history, not less.