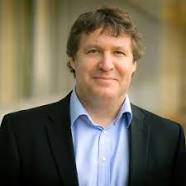 Having returned from the WCOL on Thursday, thought I would add two final blogs in regard to the Conference. This one relates to the keynote from Prof. George Siemans, who on Thursday morning delivered a very challenging and thought provoking presentation on the role, rise and concerns of digital technology and the inadequate response of higher education to that change.

The title of the paper was ‘Moving Beyond Happy, but not Hopeful: The role of higher education in meaning making in human and artificial cognition’  and the full paper can be located from the link below.

Here are some selections from the full paper..  well worth a read… for anyone interested in  the digital future and the roles that universities might play in that.

We have two learner populations in the higher education system: the traditional 17-24 year old group, and the emerging lifelong adult learner group. We have failed both, but in different ways.

But let’s be realistic. We are giving our students what we wanted and needed for the world in which we grew up.

We have failed youth by creating an education system that supports existing power structures in society and does so in a most pernicious way: don’t go through us and you can’t get a job. Go through us and become conditioned to existing systems and, heavily in the USA but also in numerous other developed countries, you will be locked into years, decades or even a life debt. This is a failure of purpose. A failure of opportunity. A failure of meaning.

Another concern arises in that learning is a coherence forming process and networks are fragmentary. This fragmentation provides serendipity AND it produces knowledge frameworks that often don’t cohere. This results in an effect called the Illusion of Explanatory Depth. This is the appearance of understanding but on even slight questioning, it becomes apparent that the knowledge pieces don’t fit.

We are entering a post-learning era……   …Where what we know is less important than how we are connected for ongoing knowledge development. Where attributes of collaboration replace attributes of individual performance. And where sensemaking, meaning making, and wayfinding become primary knowledge activities

A post learning era is one where traditional learning is better performed, or exceeded, by technology and existing institutions are inadequate for the learning task needed.

Here is the link to the full paper,