Elizabeth Faulkner, Staffordshire University Law Lecturer, attended two conference events during January. The first event focused on ‘Modern Slavery’ and the second on ‘International Law’ – during which she was able to present aspects of her own research.

This was a rather exciting event for me to attend, having read the works of Prof. Joel Quirk whilst undertaking my doctoral research. The talk was chaired by Associate Prof. Sam Okyere (University of Nottingham) and together they form part of the team from Beyond Trafficking Slavery BTS. The uniqueness of BTS is that it links academic research with journalism, attracting over a million readers globally. BTS encompasses a relatively niche school of thought in terms of contemporary discussions of slavery, labour and exploitation. 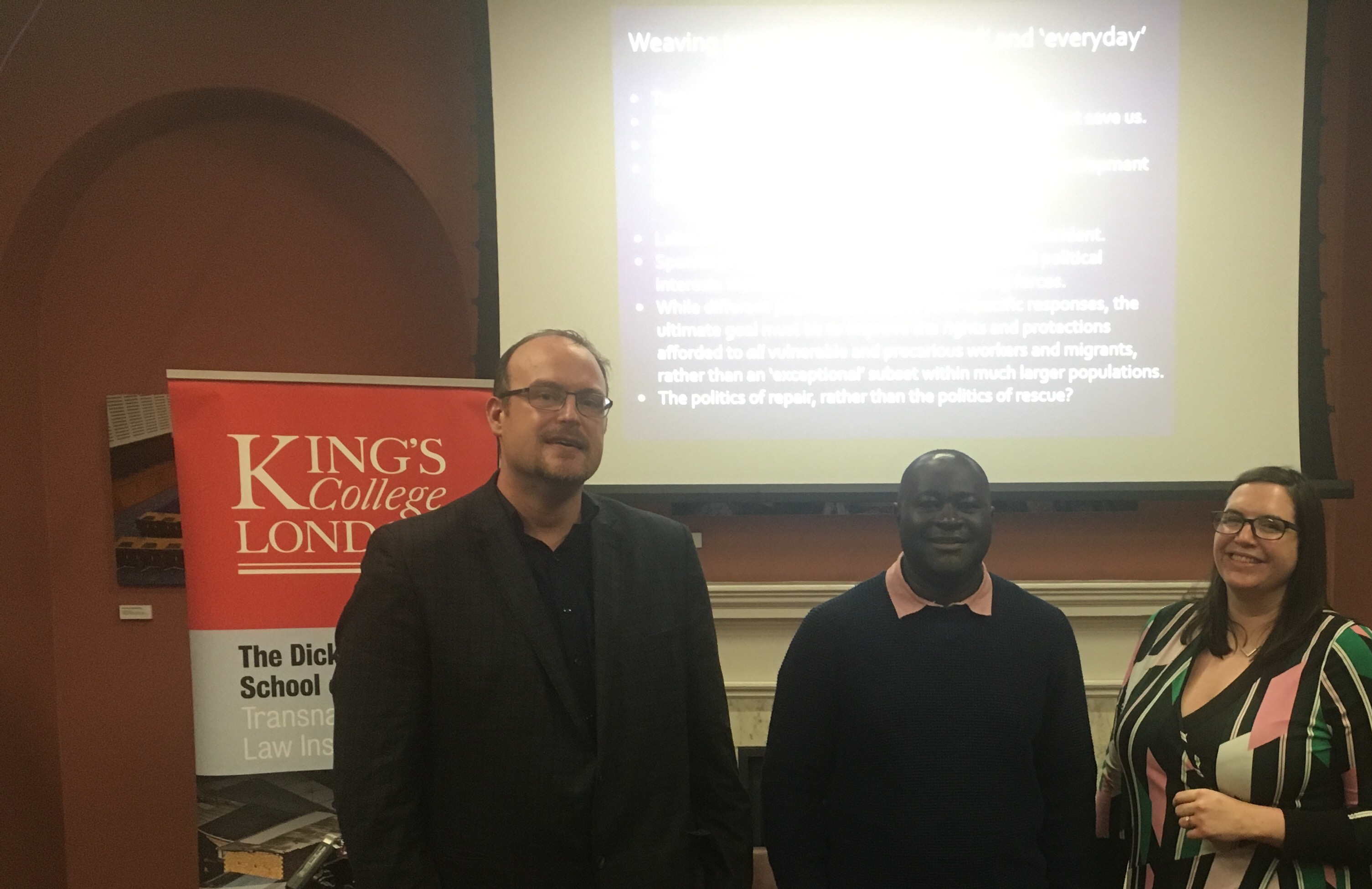 Joel Quirk delivered his talk upon the ‘Politics of Numbers: ‘Modern Slavery’, which was incredibly interesting as he illustrated links between the statistics that I had not considered. The talk essentially drew together my preconceived ideas and provided them with clarity and support. Definitely worth the trip to King’s College, London. One of the highlights of the day was exchanging stories of strange encounters overseas whilst undertaking research with Joel and Sam, on route to Five Guys for food! 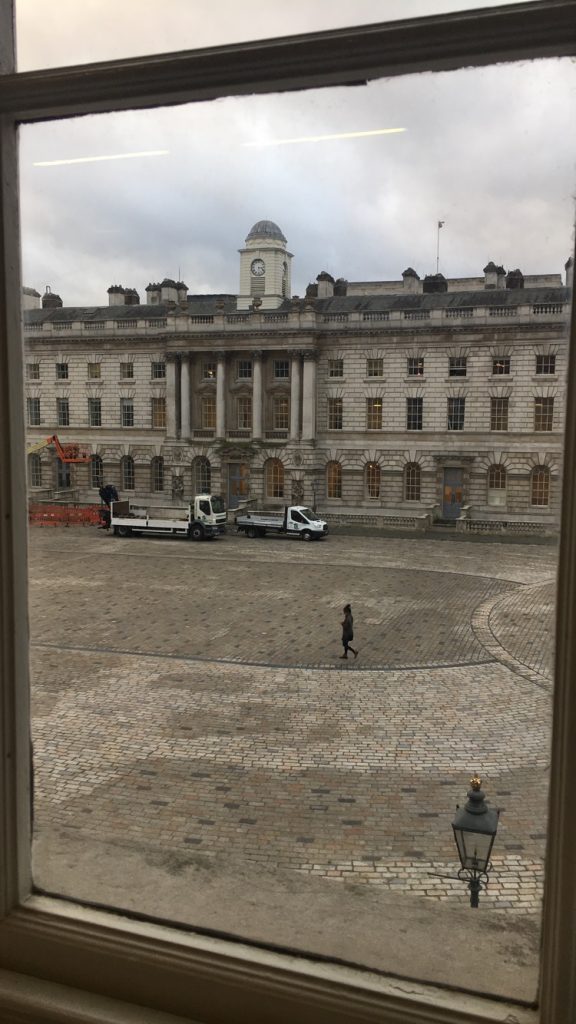 This event was truly unique in terms of content, organised by Rossana Deplano and Paolo Vargiu (University of Leicester). The format for the day was split into two panels and a series of simultaneous panels. The two panels namely, Panel 1 – Empirical and Socio-Legal and Panel 2 – Comparative and Critical Approaches, offered a wealth of information. 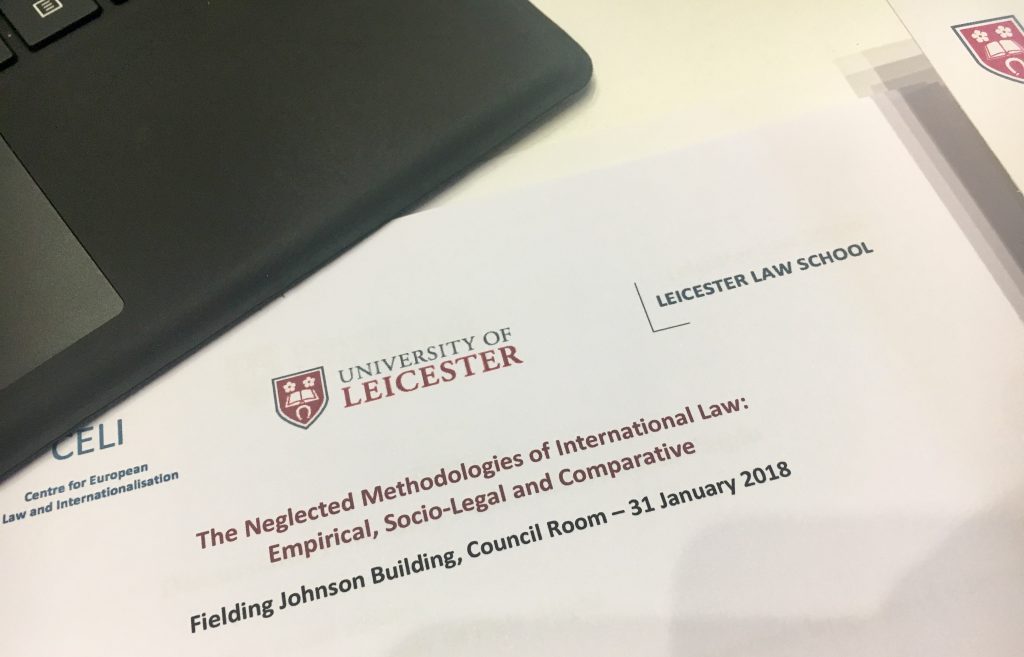 ‘From preserving sovereignty to protecting humanity: the untold story of the numbers behind the UN Security Council’s practice’ (Dr Rossana Deplano, University of Leicester).

The final session of the day provided the opportunity for early career academics to present their research, and the methodology behind the project, to a small group of peers, chaired by two more senior academics. My panel included Mikolaj Firlej (University of Oxford) and Alice Margaria (Max Planck Institute for Social Anthropology, and it was chaired by Dr Celine Tan (University of Warwick) and Dr Richard Craven (University of Leicester). I discussed my abstract entitled ‘A critique of the historical evolution of the international legal responses to the trafficking of children’. Celine suggested that I should undertake archival research in Geneva as I would uncover a wealth of resources, referring back to her own experiences in Washington D.C when none of the sources were available electronically. 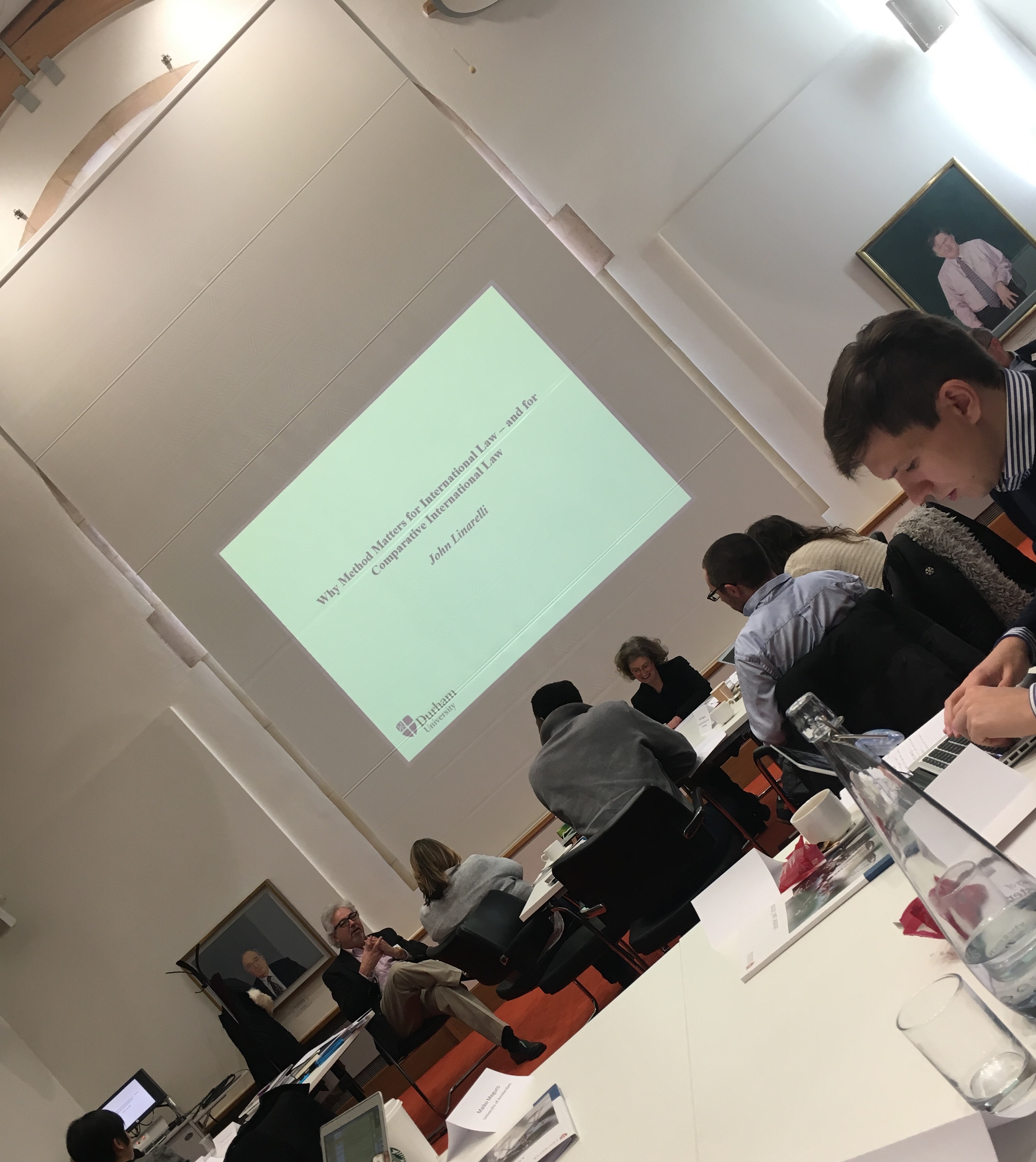 The workshop provided a great networking opportunity and the organiser Dr Rosanna Deplano intends to develop a book proposal of an edited collection of the papers presented, including my own!