On Thursday April 12, Level 6 Criminal Justice and Punishment students were given the opportunity to have a guided tour of HMP Dovegate. Charlie Lovatt, LLB (Hons) Law student, has written about the visit. 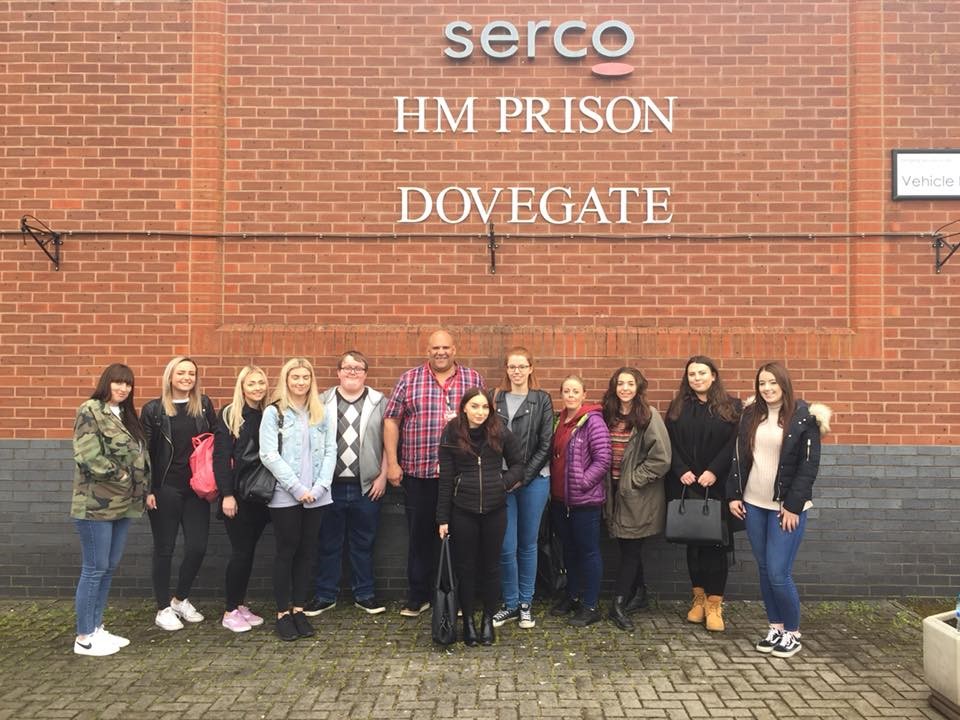 Upon our arrival, we had an introductory talk with some of the prison staff where we were able to ask questions about the problems they faced within the prison, such as the violence and the drugs, and how the staff dealt with these problems. We were given demonstrations of how easy it is for prisoners to make homemade weapons and how they can use common household items, such as teabags and bath salts, as alternatives to drugs.

One of the most recent developments we learned was that prison staff were now allowed to carry batons with them around the prison. However, staff are only allowed to use them as a last resort in extremely dangerous situations and simply drawing the baton, even if you do not use it, is still a massive issue and requires a lot of paperwork. Statistically speaking however, HMP Dovegate is one of the safest prisons in England and Wales. 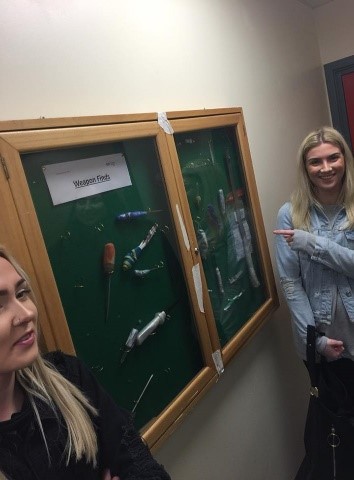 We were then taken to the main prison where we were searched for any contraband before being allowed through. Our tour took us into the Therapeutic Community (TC) part of the prison. The TC can comfortably hold 200 repeat serious offenders, all of whom have proven to a panel of judges that they are willing to change their offending behaviour, address their issues in group therapy sessions and take responsibility for their crimes. Dovegate is one of two prisons in the UK to have a TC facility. The first thing that struck students about the TC was how relaxed and comfortable an atmosphere it gave off. Prisoners had plenty to keep them entertained including a pool table, table tennis, a dining area, a communal garden where they could exercise and even a giant chess set.

We were then given the opportunity to talk to some prisoners about their time in prison and share lunch with them. This was a very eye-opening and thought-provoking experience. The consensus among the students was that it was very surreal to hear the prisoners talk about their stories in such a calm and open manner. Students also said it was not at all what they expected and were shocked at how “normal” the prisoners looked and behaved. It became apparent from their stories, that the biggest issues that they faced in their time in prison were gangs and NPS (new psychoactive substances), which are man-made drugs such as Spice or Black Mamba. However, they said that the TC at Dovegate helped them overcome their addictions, and the prisoners showed a good self-awareness of their issues. Students all seemed to reach the same conclusion that TCs were beneficial to the prisoner’s rehabilitation. 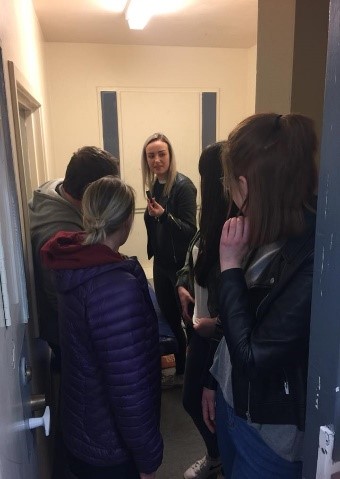 The rest of the tour comprised of exploring the prisons’ work environments and recreational activities, such as horticulture and pottery classes. The TC also had educational facilities including an IT room which was akin to a high school IT classroom, with posters around the room explaining the basics of programmes such as Microsoft Word or Excel. This of course is because many of the prisoners will lack basic IT skills and so it is reassuring that the TC recognises the need to educate them, which will hopefully improve their career prospects for when the prisoners are released.

In conclusion, the trip to HMP Dovegate provided students with valuable insight into the prison estate and with first-hand accounts of what the prison life is like. Staff and prisoners alike were very helpful and were willing to answer any questions we had. Not only did the visit prove useful in an academic sense, but I believe there are now some students, myself included, who are seriously considering the prison industry as a viable career option. On behalf of the students, I would like to thank Louis Martin, David Simmonds, the Law School and the staff and prisoners at HMP Dovegate for giving us this rare and privileged opportunity. 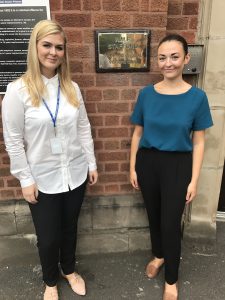 Tawney and Amber went through the prison officer induction process and were issued with their own set of keys.

Following the completion of our final year exams, Amber and I were selected to take part in a collaborative research and analysis project with HMP Stafford. We were asked by the governor to provide an independent analysis of the current prisoner complaints system and offer recommendations on how it can be improved. On completion, the report will be published for both staff and prisoners to have access to our findings. Further to this, we are currently undertaking a second research project on behalf of the deputy prison governor, which remains confidential at this time. 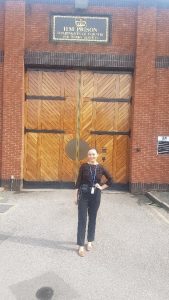 After undergoing a vigorous vetting check, we obtained the iconic prison guard accessories, the belt and chain used to draw a set of keys. This gave us unrestricted access to the prison estate to begin our research.

We began by familiarising ourselves with the facilities, touring the wings and speaking to the prison staff. Following this we moved onto the data collation and analysis, coding and analysing in excess of 1700 prisoner complaints. We also compiled a questionnaire for residents of the prison to complete, in order to provide us with a general overview of how the prisoners felt about the complaints process. Our next step in our research is to conduct intensive interviews with a small sample of inmates, in order to explore their perspectives in greater depth. 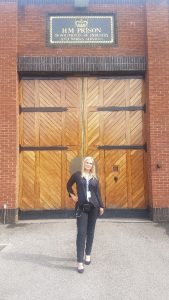 Amber and I have had the privilege of working closely with both the governor and deputy governor of HMP Stafford, accessing confidential information that is inaccessible to the general public. An incredibly eye-opening experience for any lay person, the opportunity has heightened our interest in the field of prisons and punishment and further enhanced our researching skills ready for progression onto further post-graduate study. We have been given an unprecedented insight into the prison estate and we hope to continue our partnership with HMP Stafford on many more research projects in the near future.