Criminology Professor, James Treadwell, has written an article for The Conversation about the rise in moped-related crime in London. 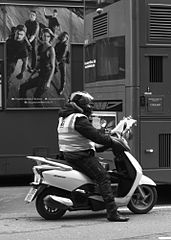 You can read the full article, ‘Five facts you should know about London’s moped crime surge, according to an expert in criminology’, on The Conversation here.