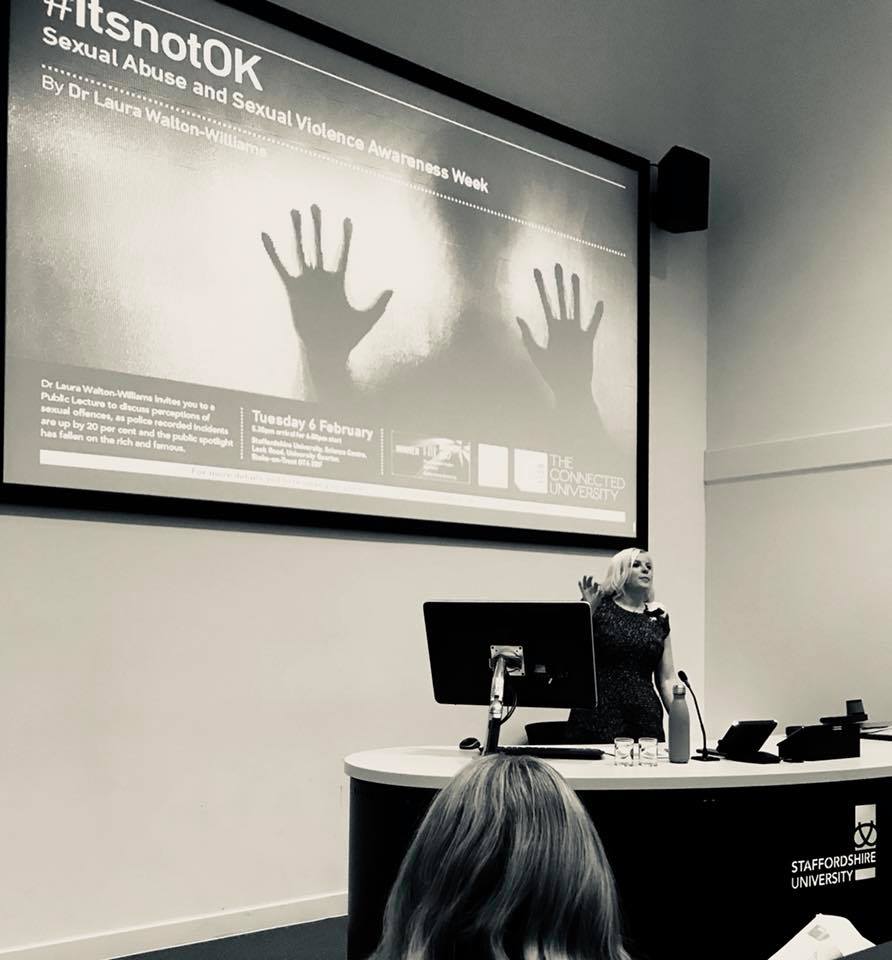 The lecture, discussing perceptions of sexual offences, was partly informed by her research in the US and Canada exploring how investigations into sexual assualts could be improved. 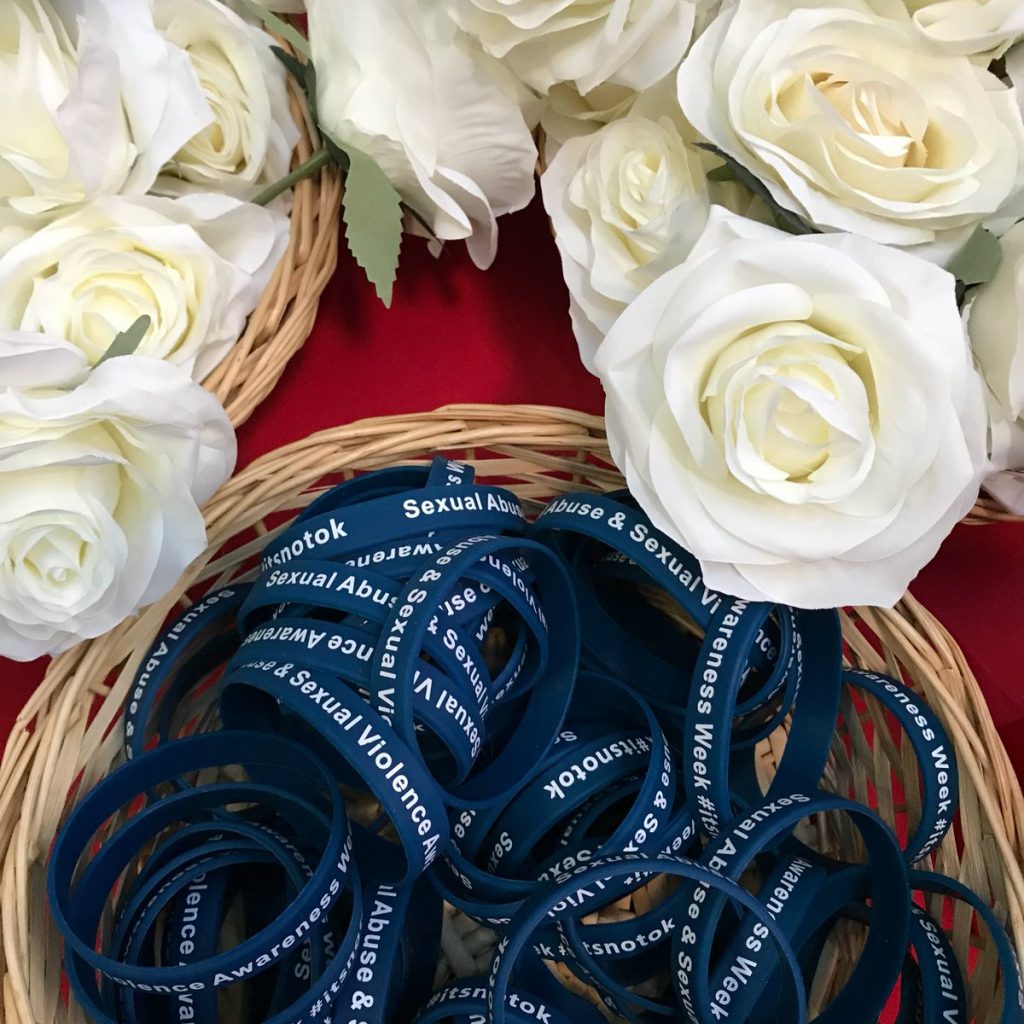 White roses and bands were given out to show awareness. 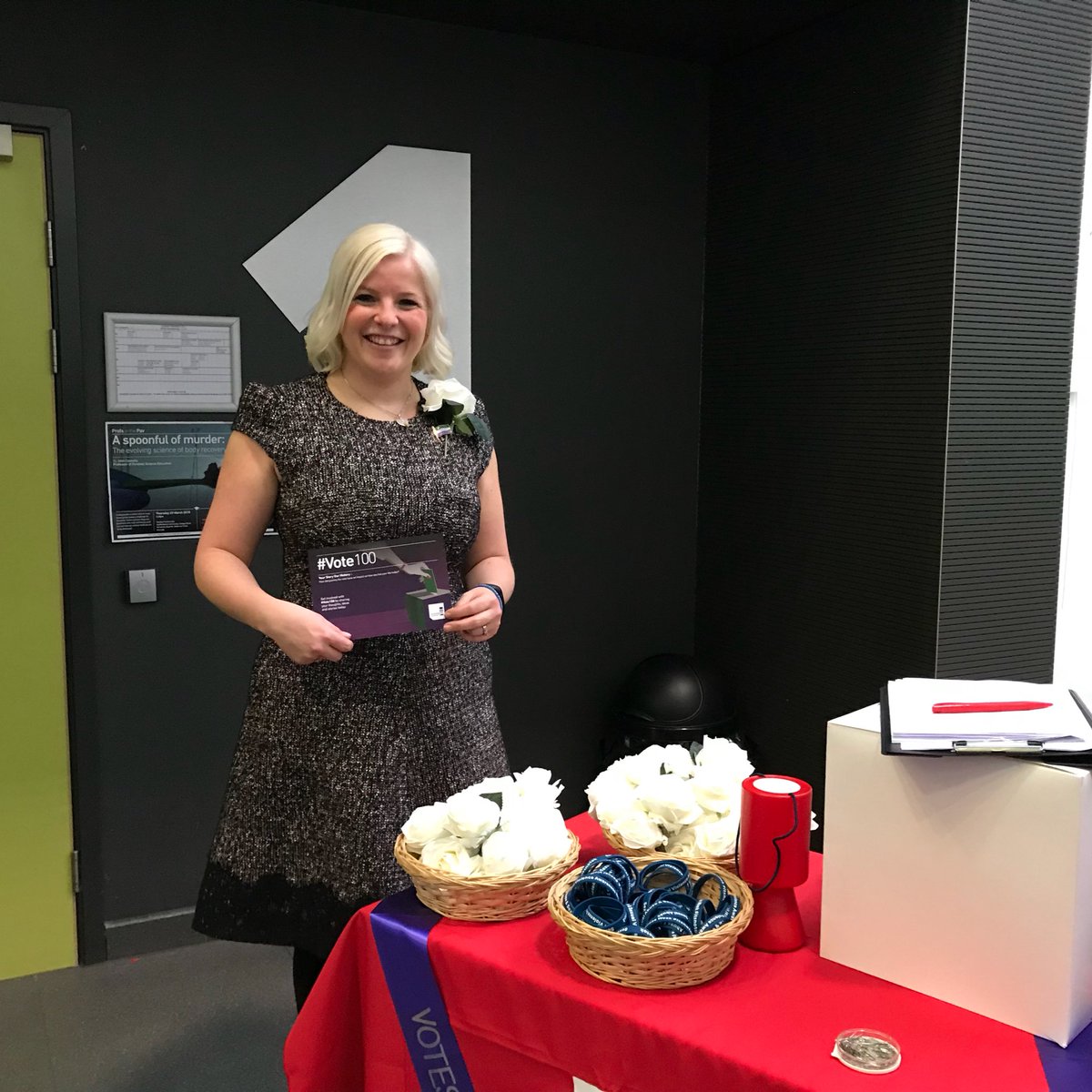 The event also marks the 100 years since women were first allowed to vote. 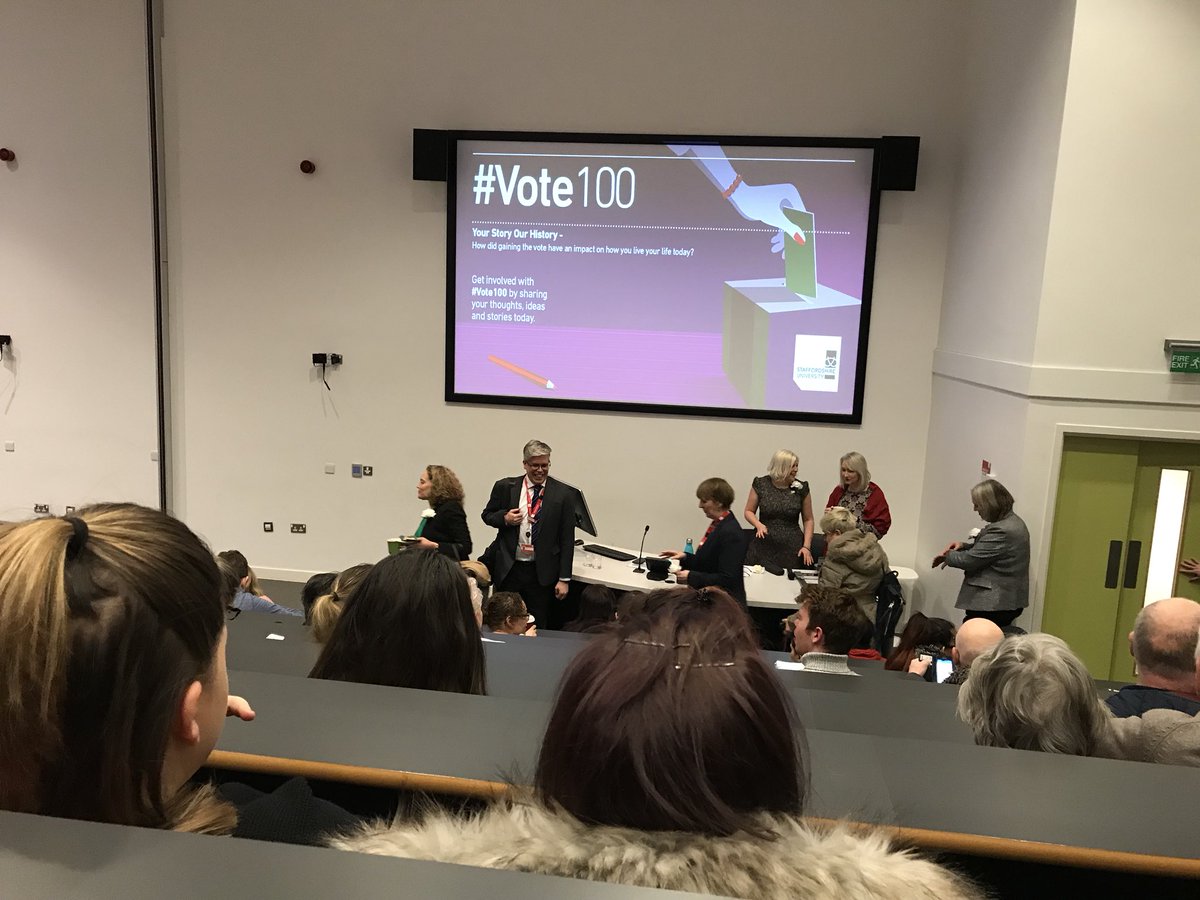 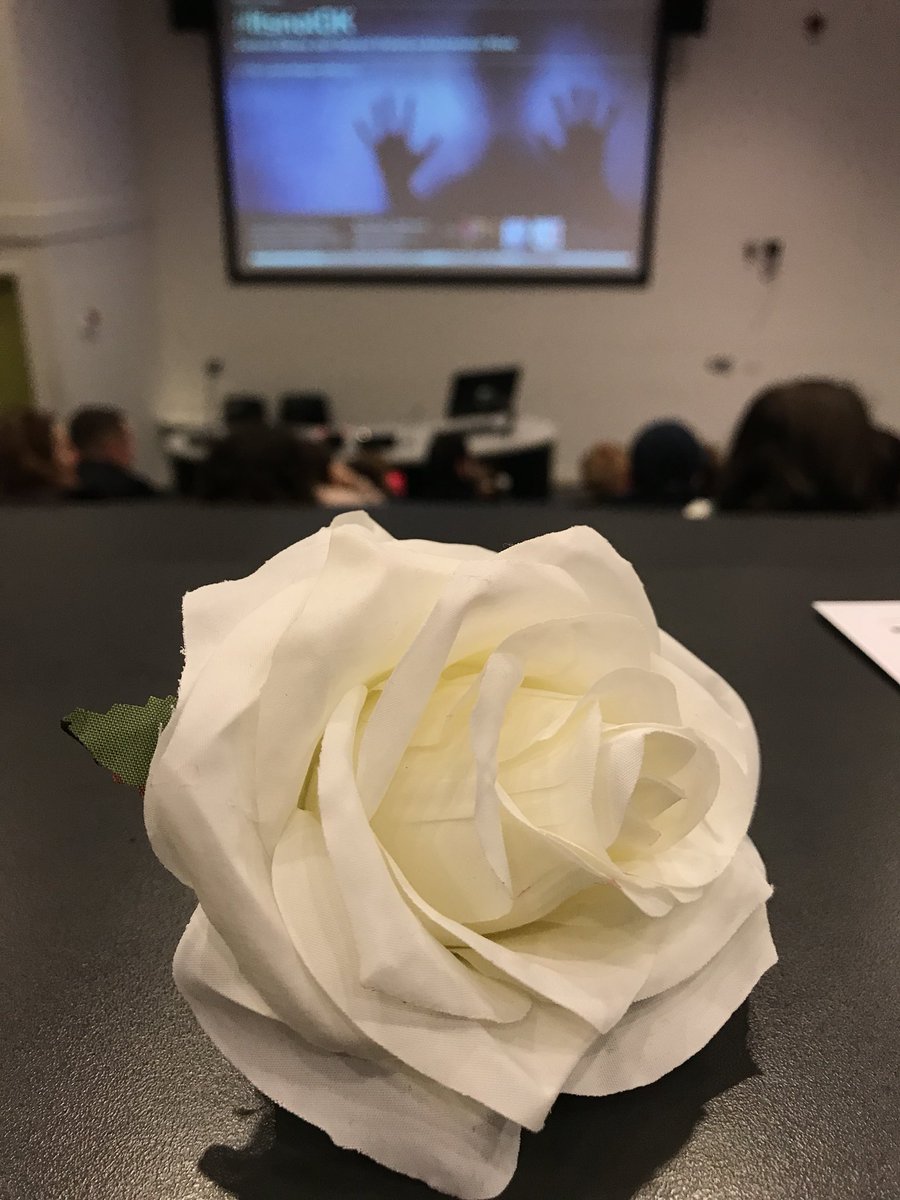 If you missed the lecture, a video is now available to watch on our Facebook page @StaffsUniLPF here.

PhD student, Charlotte Folkes, attended an insightful lecture about issues of gender-based Violence, including rape, being faced in conflict zones. The lecture, given at the University of Essex, took place on 31sth October.

The lecture was given by Dr Elaine Storkey, who has a great deal of experience in working in these countries with rape survivors, and within general academia. 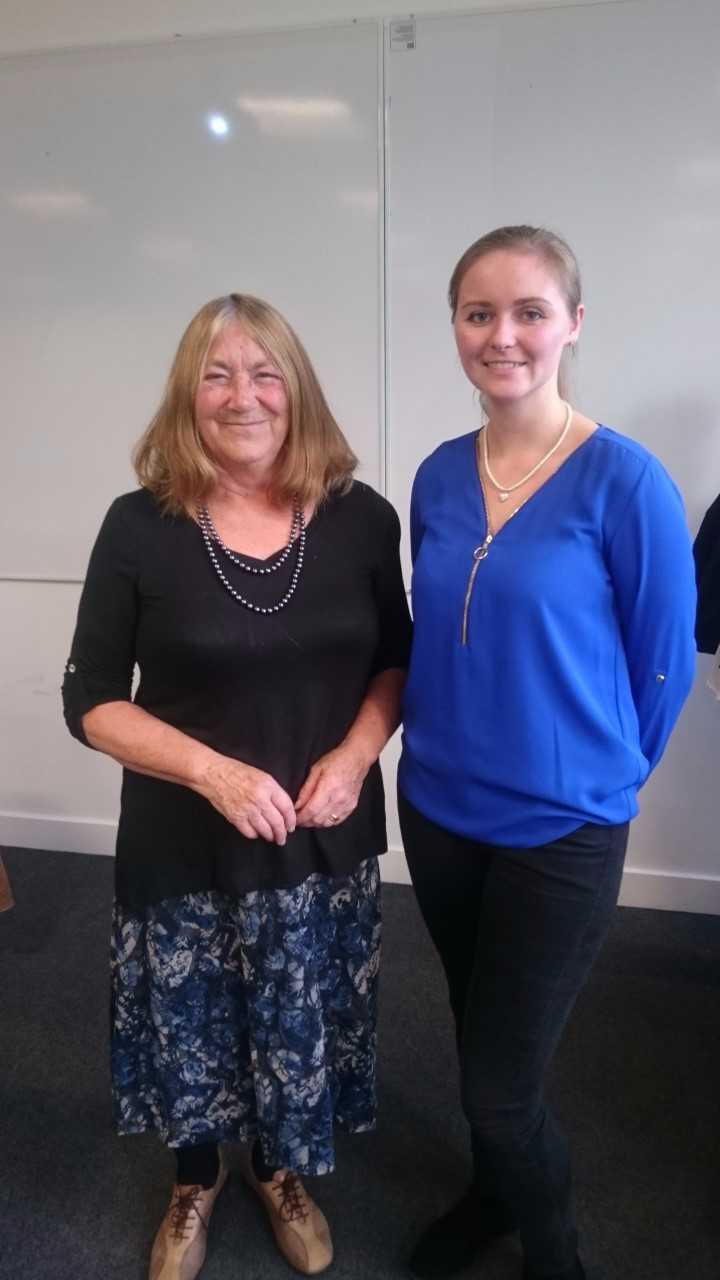 “This week I attended a lecture at University of Essex exploring the concept of ‘Gender-based violence as a Weapon of War’. This was a very insightful talk given by Dr Elaine Storkey who is a well-known academic, broadcaster and author in the field of sexual violence. The session focused on the reasons behind sexual violence in conflict-zones and explored how rape has been used throughout modern history to show dominance, for ethnic cleansing, and as a way of destabilising communities.

Some of the shocking statistics that Dr Storkey shared with the group really emphasised the scale of the issue, including that 49% of the female population in Liberia have been subjected to rape or sexual assault as part of the on-going conflict. Around 200,000 women are known to have been raped during the Congo War, and 50,000 babies have been born as a result of these attacks (however the actual figures are expected to be much higher). It was also stressed that sexual abuse is prevalent in the Western world, as some American states still allow child brides, and UK statistics show up to two women are killed by their partner every week as a result of domestic sexual violence.
This was a very engaging lecture that addressed subjects that are often considered taboo, and it has helped me to consider new areas of research for my PhD project.”