The benefits of growing up with a pet are well documented – these days dogs are even used in the classroom. That said, we sometimes forget that dogs can still present a risk. 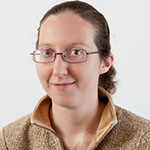 Children under the age of 10 are most at risk of being bitten by a dog. It’s difficult to accurately estimate how often children are bitten, as not all bites result in children being taken to accident and emergency units, but bites can often lead to serious injuries with unpleasant psychological effects, including symptoms of post-traumatic stress disorder.

Children may be at greater risk of being bitten by a dog because they struggle to recognise emotions in dogs and can’t interpret their warning behaviour. Many children may know little about how to behave safely around dogs and risk bites more often than adults.

New research could prove key to preventing bites. More than 100 children between the ages of four and six were shown images and video clips of dogs showing happy, frightened and angry behaviour. Children were asked what emotion they thought the dog was feeling and would they “pat, play, cuddle, brush or sit next to each dog?”

Read the full article on The Conversation