You might already know that our journalism courses at Staffordshire University are guided by staff who work closely with students in the Multi-Platform Newsroom and in front of the cameras on the TV News Set. You might also know that many of our journalism staff are still active practitioners who you can see reporting on TV, writing for newspapers and using their real-world experience to support students.

But, did you know that we are also home to a band of rock music machines?

If you were one of the hordes of Staffordshire University journalism students, past and present, who found themselves at The Underground in Hanley, you’d have been able to catch the Journalism staff and student band in a rare public appearance. 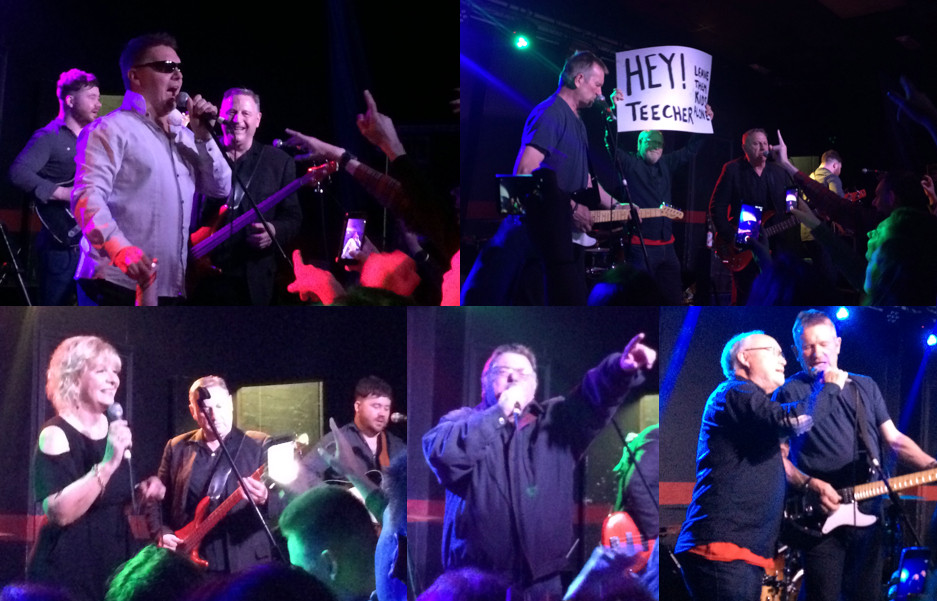 Playing a selection of favourite songs from across the decades, the band were joined by vocalists including Professor Mick Temple, Pete Leydon, Jo Goodall, Peter Brookes and (as the student football chants attested) “there’s only one” Mitch Pryce.

A fantastic (and loud!) night was had by performers and audience alike, but I wonder if the band are regretting teaching students modern journalistic techniques like how to broadcast live onto platforms such as Facebook Live now?