With a total budget of €359 million and 4 priority themes (Research and Innovation / SME competitiveness / Low carbon economy / Environment and resource efficiency), Interreg Europe is dedicated to improving public policies. It will support the design of strategies for influencing policy making in regional priority areas.

Here are 10 key points to take into account for developing a project:

The external projects team is populating a database with all the contacts made at the launch of Interreg Europe. This list will be made available on the CRM system, and it will also be emailed to the Faculties. Alternatively, please contact the external project team to find out more (Marie Pandolfo).

The development of a robust full application is an important element of any project, essential for the approval of funding and as an evolving tool to measure, control and evaluate delivery.

A quality bid is one of the outputs of a strategic approach to project development – the strategy and budget plan underpinning the project are one of the key elements of a successful bid.

Step 1: To build up a strong efficient environment as a background for quality projects.

Step 2: Identification and development of the project

Step 3: Identifying the right fund and developing the bid

*TIP: Write a first draft of the whole bid in “bullet point” format, and circulate it to colleagues and collaborators for comments, then collect any additions and changes. Contact the funding body/main contact for a first submission of the draft to get their advice (when permitted).

Don’t forget to identify key milestones, to avoid any delays or key elements:

And don’t give up if the bid is not approved. Get feedback from the funding body and rewrite/rethink your project to be ready to the next call for proposal.  You will be known then and expected to bid again, with a better quality bid.

This case was the subject of a previous Blog; the hearing of the appeal being heard 17 to 19 June 2014, which was available for viewing on the live feed of the UK Supreme Court.

In the above decision, Lord Neuberger has confirmed at paragraph 7 (page 4 of the judgment) that a principal has a right to an account and equitable compensation for a bribe or secret commission. It was also recognised that where an agent acquires a benefit in breach of fiduciary duty, the relief is primarily restitutionary or restorative, rather than compensatory. As previously explored, restitutionary responses (as here) involve the agent giving back the enrichment received at the expense of the principal, as opposed to merely confining the principal to a claim for compensation for loss – probably by way of the personal claim only. This decision is much more expansive remedially.

The basic rule, according to FHR European Ventures’ should now be that an agent who obtains a benefit in breach of his fiduciary duty to his principal holds that benefit on trust for his principal. Equity for the present day (common law and equity having been fused since the Judicature Act 1873) has recognised the existence of a new proprietary right against agents in receipt of bribes or secret commissions.

At paragraph 7 of the Judgment it was further emphasised that the agent’s duty to account for the bribe or secret commission was a personal remedy in favour of the principal, against the agent.
The second important clarification made at paragraph 7 concerned the ‘equitable Rule’, which was stated to be that where a benefit is acquired by the agent as a result of his fiduciary position:
‘…the equitable rule is that he is to be treated as having acquired the benefit on behalf of his principal, so that it is beneficially owned by the principal. In such cases, the principal has a proprietary remedy in addition to his personal remedy against the agent and the principal can elect between the two remedies.’ (end of paragraph 7).

Firstly, the rule is not confined to agents and principals per se. The net is cast over other recognisable fiduciary relationships – employer-employee, company director, and persons acting in an official capacity, and of trustees acting under a formal trust. Universities are not uniquely affected by this change, but should audit transactions that involve potential conflicts of interest including any parties in transactions receiving commissions.

Secondly, full blown proprietary claims, coupled with the process of tracing (tracing as the process identifying the enrichment, which is now proprietary, and following substitutions of the property, in whatever form that substitution might take) can be made in the usual way, including tracing into the hands of third parties; subject to the usual defences for recipients of bona fide purchase. The proof of the existence of a proprietary base, following an agent’s receipt of a secret commission, would include the concurrent liability of the agent to a personal claim. Claimants could opt for making either a personal or a proprietary claim, depending upon the particular facts of the case.

All the usual remedies will remain, including Freezing orders, but would now be used in tandem with remedies for preserving proprietary interests.

Finally, agents in light of the confirmation that there is a proprietary base (inferred from the agent’s fiduciary status) in bribes and commissions, will need to inquire thoroughly into conflicts of interest that could arise from payments, or where possible, seek formal consent from principals to the receipt of any commissions. This is not a change unique to Universities, but highlights the need for parties to make detailed enquiries as to potential conflicts, and whether consents have been granted regarding commission payments. This would include enquiries from parties along the line of any transaction in which a University is involved where there is likelihood of commission payments. Once tracing has done its work, a Claimant wronged party can now hook the property or its value back from any party in the chain or into whose hands the property or its value has been traceably and survivably received – subject to defences.

The Climate KIC programme is going from strength to strength. It is now Europe’s biggest trans-national project focused on climate change with a budget in 2014 of €76 million.

One big part of the activities is Pioneers into Practice, the unique professional development programme open to practitioners of all ages and backgrounds which provides two one month placement opportunities, three workshops with Dutch specialists in transitions thinking and a place at the annual Innovation Festival, this year in Valencia. With all the costs up to €8,000 covered.

The call for people to both participate in this year’s programme and to be a host is now open. Forms can be obtained from the link below.

This is a great opportunity

The External Projects Team have supported the EU funded Business School project IDEAL (The Innovation and Development of Academic-Industry Partnerships through Efficient Research Administration in Lebanon). Emma and Jose filmed a 90 minute training video on the latest EU Research Funding Programme Horizon 2020. This film covers a number of key areas, including the policy framework for Horizon 2020 and detailed description of the funding mechanisms and opportunities for engagement.

The IDEAL programme, launched in early December 2012, it is helping to forge links between local researchers and their international counterparts, while working with industry to identify research priorities and commercialize any innovative ideas.  The project is coordinated by the Office of Grants and Contracts at the American University of Beirut and Staffordshire University are one of the partners.

For more information on H2020 and the latest calls for proposals please get in touch with externalprojects@staffs.ac.uk

For more information on IDEAL please follow the Link http://www.ideal4lebanon.org/ 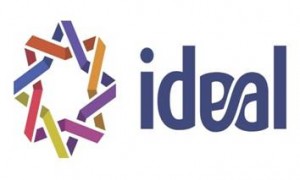