These awards enable well-established and distinguished researchers in the humanities and social sciences to devote themselves to a single research project of outstanding originality and significance, which can be completed within two or three years. Candidates should state explicitly what the proposed outcomes of the award will be. Fellowships are particularly aimed at those who are or have been prevented by routine duties from completing a programme of original research.

The Fellowships fund the salary costs of an individual to undertake the normal duties of the applicant for the duration of the Fellowship.

A Major Research Fellow may also request research expenses up to an annual maximum of £5,000. If such funds are required they must be requested as part of the application procedure.

The duration of a Fellowship is for two or three years, to start at the beginning of the 2016/17 academic year.

For more information go to:

Horizon 2020 has failed to fully integrate the humanities into its work programmes, according to Science Europe.

More than 90 per cent of the topics covered in the programmes do not include a humanities approach, says a report published by the Science Europe scientific committee for the Humanities on 4 September. The paper analyses the integration of the humanities in the 2014-2015 work programmes.

In the remaining 10 per cent of topics, the humanities expertise asked for is rather narrow and unnecessarily limited, says the report. The work programmes are not very concerned with the ‘human factor’ of research and innovation, such as attitudes or culturally embedded values, according to Science Europe, a group that represents research organisations.

The report also criticises the fact that the humanities are seen mostly as having a translational role between research and the market, but are not pursued to gain better understanding of wider social developments.

On Monday 6 January the Arts and Humanities Research Council and BBC Radio 3 are opening The New Generation Thinkers scheme for 2014, for early-career researchers with a focus on arts and humanities topics.

Emerging academics from the arts and humanities, who are currently in UK universities and who have a passion for communicating the excitement of modern scholarship to a wider audience are invited to apply for the opportunity to develop programme ideas and appear on air.

The New Generation Thinkers Scheme is intended to support up to sixty early career researchers who will have an opportunity to spend the day at the BBC to hear first-hand about the commissioning process and to develop their programme ideas alongside experienced BBC producers. Up to ten of the sixty researchers will become Radio 3’s resident New Generation Thinkers for 2014 and will have a unique opportunity to develop their own programmes for BBC Radio 3 across a year and a chance to regularly appear on air. This is the fourth year of the scheme. Previous participants have presented documentaries, taken part in on air discussions on BBC Radio 3, made pilot films for TV and spoken at public festivals.

Applicants do not have to be funded by the AHRC to apply. The scheme is open to all early career researchers based in a UK Research Organisation. This year, the call is being extended for researchers who work in areas of social sciences and medical science whose work intersects with the arts and humanities.

Further information will be available on the disciplines covered by the scheme in the New Year at the New Generation Thinkers call page.

To read the announcement of the scheme go to http://www.ahrc.ac.uk/News-and-Events/News/Pages/Do-you-want-to-tell-the-world-about-your-work-2014.aspx

This exchange fund from the British Academy will be of interest to academics working in humanities and social sciences and looking to develop a programme of work in China. The deadline is in February, so this leaves plenty of time to work up links with a Chinese partner.

Overview: The aim of this scheme is to support the development of partnerships between the UK and China, strengthening research excellence through new, innovative initiatives and links.

The scheme intends to strengthen research capacity and capability, with both partners gaining from the collaboration, and to initiate the development of long-term, vigorous links between the UK and Chinese scholars whilst also encouraging an intra-regional exchange of expertise and knowledge sharing. Awards cover any branch of the humanities or social sciences and are intended to focus on collaborative research on a specific theme of mutual interest. Workshops and seminars should form an integral part of the research programme. Partnerships including a training element and involving early-career scholars will be looked on favourably.

Both applicants must be of postdoctoral or equivalent status and based at a research-active institution. 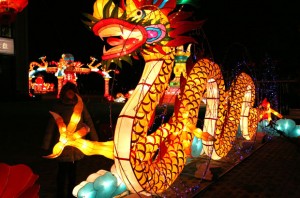 The Mid-Career Fellowships scheme is intended both to support outstanding individual researchers with excellent research proposals and to promote public understanding and engagement with humanities and social sciences.

The scheme contributes to the Academy’s strategic commitments by supporting ideas, individuals and intellectual resources and also public engagement. It dovetails with the Academy’s new Languages and Quantitative Skills programme.

Many academics struggle to get the time to carry out research. This fund from the British Academy offers free time from teaching. British Academy funding if for the Arts, Humanities and Social Sciences. Applications must be made of their online system. Once submitted they need to be approved by the Universities External Projects Team by the deadline of 18/09/13, so make sure you let the team know you are applying in advance. externalprojects@staffs.ac.uk

Overview: Time freed from normal teaching and administrative commitments to devote to the completion of a major piece of research.

Through this scheme the academy intends to support individual researchers with excellent research proposals and to promote public understanding and engagement with the humanities and social sciences.

Individuals employed at UK universities or other higher education institutions are eligible to apply. Fellowships are intended primarily to provide opportunities for scholars who have already published works of intellectual distinction or have established a significant track record as an excellent communicator and a champion in their field, and who are normally no more than 15 years from the award of their doctorate.

Fellowships can be held over a minimum of six months and a maximum of 12 months, beginning in the autumn of 2014.

Budget: The total value of a fellowship is not expected to exceed £160,000. 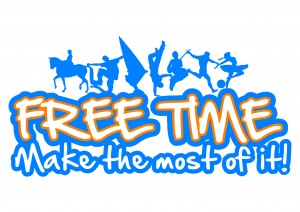 AHRCs Collaborative Skills Development Call is aimed at supporting the development of innovative, collaborative training packages for PhD students and early career researchers in the arts and humanities through a range of interventions:

Innovative interventions such as internships, competitions, entrepreneurs-in-residence, etc are encouraged.  Applications will be eligible from any discipline within AHRC’s remit but should focus on:

This fact sheet gives an overview of the Arts and Humanities Research Council. Detailing current priorities, thematic research areas and strategies. It aims to help academics understand what the AHRC wants to achieve. This will enable staff to show how their funding applications help the AHRC deliver thier targets. 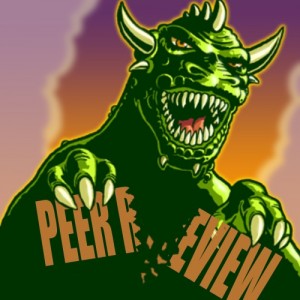 Funder: British Academy/Leverhulme Trust
Title: Small Research Grants
Deadline: Wednesday 10 April 2013
Value: £10,000 (up to)
Overview: Primary research in the humanities and social sciences. Funds may be used to facilitate initial project planning and development, to support the direct costs of research and to enable the advancement of research through workshops or conferences, or visits by or to partner scholars. All applications should demonstrate that funds are sought for a clearly defined, discrete piece of research with an identifiable outcome. Applications for individual and collaborative projects are equally welcome. International groups of scholars are eligible to apply, provided the lead applicant is a UK-based scholar. Grants are tenable for up to 24 months and are worth between £500 and £10,000.
Plus there is also funding for the following areas:
Up to £1,000 aimed at recent postdoctoral scholars and awards for travel from Funding from the Sir Ernest Cassel Trust.
Up to £10,000 for individual or cooperative research projects relating to Britain or China from the  Sino-British Fellowship Trust.
Up to £500 for the study of ancient Persia and related areas from the Ancient Persia Fund.
Up to £2,500 for research on antiquities, historical geography, early history or arts in parts of Asia from the Stein Arnold Fund
Further information: http://www.britac.ac.uk/funding/guide/srg.cfm
ARC interest: CABR, IACT, CMAT, CAMH, CSER, IEPR

An additional societal challenge to fund social sciences and humanities research is to be added to Horizon 2020, the EU’s next funding research programme set to run from 2014-2020, officials from member states and the European Commission have said.

The Commission has made preparations to split the existing sixth challenge in Horizon 2020’s societal challenges pillar—inclusive, innovative and secure societies—into two, creating one challenge for humanities and social challenges and one for security research. The new sixth challenge will be called Europe in a Changing World, and will include research on “inclusive, innovative and reflective societies”, says a Commission official.

The seventh societal challenge will be called Secure Societies, and will cover the “freedom and security of Europe and its citizens”, according to the Commission’s proposal. This will include security and defence research, as well as some research related to politics and diplomacy.

Within the sixth challenge, three fields will cover research into media, history, culture, philosophy, European identity and linguistics, the Commission official says. “The Council of Ministers and the European Parliament both wanted this, so we have plans to turn the six challenges into seven,” he says.

There won’t be any extra money for social sciences or the humanities as a result, but the change is likely to be welcomed by researchers in these fields, some of whom feared that being grouped together with security research would skew research priorities towards counter-terrorism and other security-related problems.

Funding for social sciences across the other challenges will remain as previously proposed, says the Commission official, but the Commission is still undecided about how this will be done.

The European Alliance for the Social Sciences and Humanities called the proposal a “pragmatic proposition”, while saying that the creation of a special funding pot for such research would help scientists in the field to collaborate more and improve the circulation of ideas and people. Rüdiger Klein, a co-founder of the alliance, says the separation from security will increase the scope of contributions of social sciences and humanities research to Europe’s society and economy.

However, Klein thinks that the research dimensions within the Innovative Societies part of the sixth challenge need to be further clarified. This part includes funding for initiatives such as ICT support, international cooperation, Science in Society and links between structural funds and Framework Programme funding.

“The current lumping together, under this heading, of all sorts of components familiar from Framework 7 carries severe risks for diluting the research agenda of this challenge,” he says.