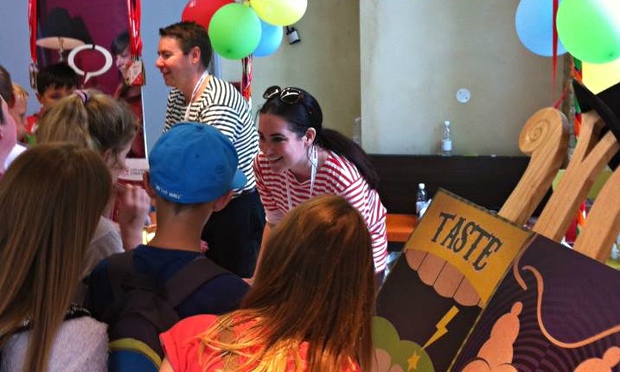 Penny Vincent, Senior Lecturer in the Creative Commuities Unit hopes that you can join her to start the conversation about a new Public Engagement Network at Staffordshire University.

She has booked room

Penny has invited university colleagues that

She is looking to:

You may want to check out the NCCPE website on Public Engagement in Higher Education – an excellent resource – http://www.publicengagement.ac.uk/

This is an interesting article  about public engagement and research – http://www.theguardian.com/higher-education-network/blog/2014/jul/21/10-ways-make-public-engagement-work-for-you

Please pass this invitation on to any colleagues who you think will be interested.

Please bring your own refreshments to the meeting, which will be an informal sharing session to get us started.

If you can’t make it on the 21st but would like to be involved, please let Penny know by contacting her at p.e.vincent@staffs.ac.uk

The British Science Association Media Fellowships provide a unique opportunity for practising scientists, clinicians and engineers to spend three to six weeks working with a media organisation such as the Guardian, the BBC or Nature News.

Every year up to ten Media Fellows are mentored by professional journalists. They learn how the media operates and reports on science, how to communicate with the media and to engage the wider public with science through the media.

The Media Fellowships aim to give scientists, engineers and their colleagues, the confidence and willingness to engage with the media, to tackle issues of mistrust and misrepresentation and to give journalists access to new scientific expertise.

After their media placement, Fellows attend the British Science Festival in September, which provides an opportunity to gain valuable experience working alongside a range of media organisations from all over the UK in the dedicated Press Centre. The Festival also offers opportunities to learn from a wide range of public engagement activities and network with academics, journalists and science communicators.

The application deadline is 3 April 2015.

For further information go to: http://www.britishscienceassociation.org/media-fellows

The Mid-Career Fellowships scheme is intended both to support outstanding individual researchers with excellent research proposals and to promote public understanding and engagement with humanities and social sciences.

The scheme contributes to the Academy’s strategic commitments by supporting ideas, individuals and intellectual resources and also public engagement. It dovetails with the Academy’s new Languages and Quantitative Skills programme.

Research Councils UK has called for case studies that demonstrate the benefits and impact of public engagement to institutions, researchers and their research.

Suitable stories include those on skills development, career enhancement, new collaborations and partnerships and increasing awareness of the value of research to UK society. http://www.rcuk.ac.uk/media/news/2013news/Pages/130805.aspx

The case studies may be used in a publication to mark the third anniversary of the Concordat for Engaging the Public with Research, which was launched in December 2010. http://www.rcuk.ac.uk/per/Pages/Concordat.aspx

Stories should be sent to Claudine.Anderson@rcuk.ac.uk by Friday 16 August 2013.