Something that you should look into when you go to university is how expensive things can be in the area.

Now, Staffs is a relatively cheap  place, even more so if you’re a student and are savvy with your discounts and budgeting skills, which you can read more about if you click here.

I thought I’d give you an overall summary of how much basic things will cost you, and the prices of things that may be useful to know! 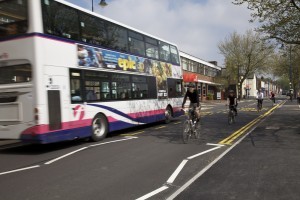 On average if you want to get a taxi into town from Halls it will cost you about £4, depending on how many of you there are, and this is using City Cabs who are really reliable and decent! But alternatively, and the healthier option, Hanley town center is only a 15 minute walk away from the Leek Road Campus.

There is also a student bus pass available, called Student Smart, which you can buy on a daily, weekly or monthly basis at £18, £60 and £150. If your the kind of person that will travel around a lot I would recommend buying a pass, its easy to get around and just hop on and off a bus.

If you are lucky enough to drive and to have your own car, it is possible to buy a on campus car parking permit for the whole year, which cost £30 last year.

Stoke-on-Trent train station is also a stones throw away, so if you fancied a day out in Manchester, Birmingham or even London then its as simple as buying a ticket (hopefully with a 16-25 railcard discount!) A same day return, with the use of the rail card,  to Manchester is £6.05, Birmingham is £11.50 for an Off-Peak return, and London is £18.50.

In Stoke there are plenty of supermarkets to chose from, depending on your preference or what you’ve been used to eating at home. However if your mum shops at Waitrose I’ll be totally honest, you will not be. For me, I usually spend about £40 on a weekly shop, and that’s including things that I’d share with my housemates that we take turns buying like milk, sugar etc.

ASDA is where I usually go because where my usual shop costs £40, but on the occasions that I go to Tesco or Sainsbury’s it usually comes out at about £10-15 more expensive. It depends on how much you want to spend on food, but remember that the freezer is your friend, food wont go off as quickly and it will save you a lot of money if you have pre made freezer meals!

On the occasions that you do eat out (and yes I do mean occasions, Dominoes, Just Eat and the Ember Lounge should not be your go to when your hungry) you’ll probably go to the restaurants in Festival Park or, the most likely one, Ember Lounge. Ember isn’t that expensive, with a standard cheese burger and chips costing £5.99, and additionally sides from £2.99. It is cheaper to eat at Ember than at Frankie & Bennys, or Pizza Hut in Festival Park. However there are more restaurants coming to the intu Potteries in the next year, so those of you who are starting in September will have aw wider range to chose from! 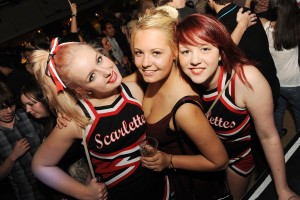 Depending on where you like to go, and how much it takes to get you drunk, the cost of a night out in Stoke can vary. Personally I’ve never been out in Newcastle-Under-Lyme as of yet, so I cant comment on how much it would cost compared to Hanley, or LRV. Hanley does tend to be a more expensive night out the at LRV, but that’s because taxis have to  be factored into the equation. Also no clubs in Hanley serve Yodas for £2.20, something which will always attract you to LRV. Usually on a night out we have a hockey social before going to Gobble on a Wednesday, where £10 pitchers usually last until getting in. The most I ever usually spend in LRV is £15, and even then some of that goes on cheesy chips f from Brunchies at the end of the night, so i spend around £25 on a night out to LRV. The drinks are a bit more expensive int he clubs in Hanley, and I can quite often spend £40, including taxis. For the occasional night out Hanley is fun, however for your Wednesday and Friday night action id head to LRV for Gobble and Refresh, its that little bit cheaper, and everyone there is a student!

In your first year all the accommodation is the same price, with obvious differences between the three types, but bills are included and everyone gets the same size and style of room. In your second and third year can be where the problems arise because of how much water/gas/electricity people are using.

It’s usually easier to get a bills included weekly or monthly rent. In my second year I paid £220 a month not including bills and it worked out at about £250 with bills included, which wasn’t too bad compared to some of my friends who ended up forking out £470 A MONTH for their rooms.

Take your time and pick a house in a good location, that’s not overly cheap because there will be a reason for that, and with a landlord you think that you can trust. On average a lot of student houses are advertised at £40-£75 a week, the higher end of that usually including most of the bills.

The one thing that some homes don’t have waiting for you is internet, for which I’d recommend a 9 month contract with Virgin Media, costing £32 per month between however many of you in the house, which between 5 works out at about £6.40 each per month!

Hopefully this will give you more of an insight into the prices in and around Stoke, and help you with your budgeting!

Ways To Save And Spend

What to do in Staffordshire this November