We are pleased to announce that a new series of the Stoke Psychologist in the Pub talks starts on the 5th October. The series is organised by the British Psychological Society’s West Midlands Branch, the BPS Stoke Hub, and psychologists at Staffordshire University, and very kindly hosted by The Glebe Pub in Stoke. 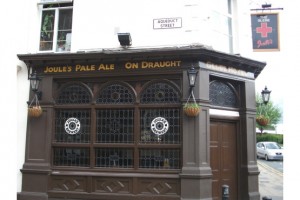 The talks provide a friendly, informal and inspiring space for anyone with an interest in Psychology, to hear about the latest psychological research being conducted in the West Midlands.

The 2015/16 Stoke Psychology in the Pub series saw a series of great talks from academic psychologists working in Staffordshire University’s Psychology department and universities around the region on subjects as diverse as psychogeography, false confessions, the psychology of art and aesthetics, cyberpsychology and consumer psychology!

The 2016/17 edition of #PitPStoke starts on Wednesday 5th October 2016, 6pm, with a talk by Dr Jo Lloyd (Staffordshire University) titled “Is gambling really the son of avarice and the father of despair?“.

Upcoming talks (may be subject to change) include:

The talks take place in the Glebe Pub, Glebe Street, Stoke-upon-Trent, ST4 1HG. Talks start at 6pm and last until 7pm, with opportunities for questions to the invited speaker and networking after the talk has finished. Guests are advised to arrive early to secure a seat and order food/drinks! Directions to the Glebe Pub can be found here.

Students, staff and anyone interested in psychology from the general public are very welcome to attend the talks! No need to book just show up!

Don’t forget that you can join in the Psychology in the Pub conversation using the #PitPStoke twitter hashtag or follow the Staffordshire University Psychology Department twitter feed for live tweets (@StaffsPsych)!

We hope to see you there!