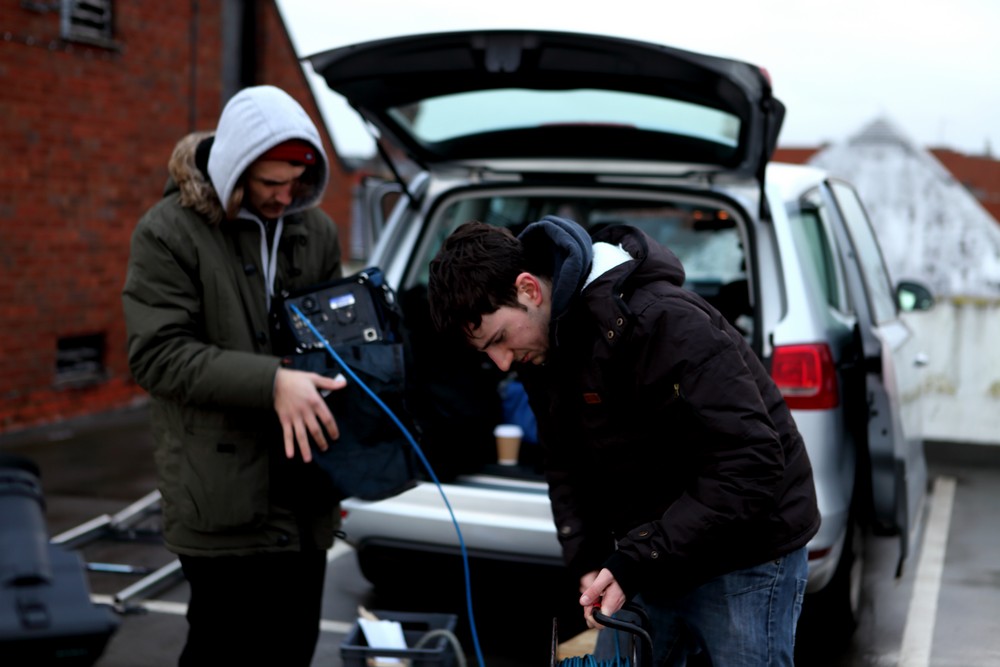 BSc Hons Film Production students Alex, Thomas and Georgia are getting hands on work expereince on a six-week shoot of a drama-documentary series which will be shown around the world.

They are working on the set of Crimes That Shook Australia,  a series  being made by television company Title Role Productions which follows the format created in conjunction  with senior Film and Television lecturer Fiona Graham for Sky, Crimes That Shook Britain.

For the past ten years Title Role Productions has offered work experience, placements and career opportunities for  Film and Television students who have gone on to work at various companies including the BBC and ITV.

First year student Alex de Jesus Egan said it was great to get his first taste of working on location with an award winning crew.

“The work experience with Title Role Productions has been a real blessing. Being given the chance to work on professional sets with highly skilled crew has been a real eye opener into the world of content production and I can’t wait to get more of it.

“The best thing about Title Role is they treat me as part of the team and always made me feel welcome whilst providing me with invaluable experience.​”

Tom Andrews added: “The work experience has been really fun, it was a great opportunity to gain some hands on experience on a proper production set and gain an insight into how the world of TV is really done and filmed. It was also great working with everyone from Title Role as they are such a good team, and the contacts and experience you gain from it are invaluable in helping you to gain future work.”

The shoot is just part of the series of Crimes That Shook Australia for Foxtel and Sky, the main film is being shot on location in Australia this winter.

Fiona Graham organised the work experience with fellow lecturer Paul Ottey who is  camera assistant on the series .

She  said: “Our continued access direct with industry aims to open doors for our students right at the feet of producers and directors. The feedback from them has been excellent with Executive Producer Helen Tonge saying she was delighted with the recruits and thanks for the recommendations.”

“We strongly believe work experience starts in the very first term that studnets come to study with us so that they can hit the ground running in the real world on major productions which is crucial to get work and contacts.”

The trio will be back on set in Machester this Sunday to help film the second episode of the series.

Getting Ready for Welcome Week