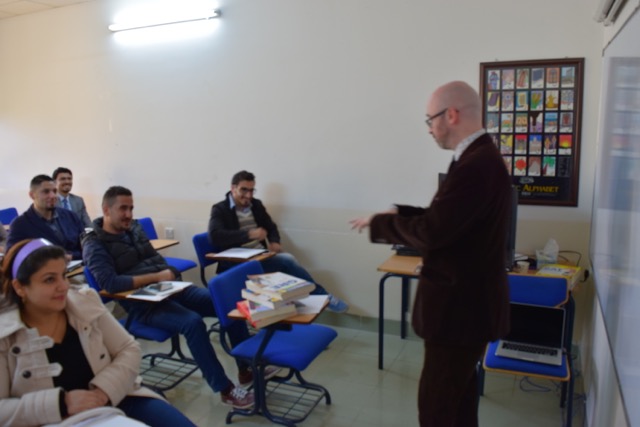 A low rumble sounds through the January Erbil night.  A flash of light in the distance, followed by another low rumble.  But tonight it is not the lawnmower-like hum of a military drone, or the dull thumping of a bombing raid that can be heard; it is merely an
electrical storm.  The lightening is an unusual site in this desert country, but even stranger is the building from which the eerily impressive light show can be seen.  On the third floor of a semi-used shopping mall, overlooking one of the most popular nightspots in town, is Skinzophrenic – Iraq’s first fully registered, legally recognised tattoo studio. This is where I go in my free time.  To relax, to enjoy the art, and to escape the constant pressure of completing a Masters degree in International Relations.  I’m currently on my final leg, with just the dissertation to come.

Not that it’s much of an escape.  The tattoo studio is five minutes from the language school where I work, and two minutes from my apartment, which isn’t, as you might expect, on some kind of compound.  The studio, and my house, overlooks the Catholic church.  The Catholic church, in turn, sits next door to one of the many refugee camps which houses the families of Mosul, who have fled Islamic State with little more than the clothes on their backs.

I teach some of the children there.  I teach them English, and sometimes I teach them a little Western culture.  Today we had a lesson on Martin Luther King.  It will soon be Black History Month.  I’m doing my bit to help these kids enjoy school a bit, hopefully preparing them for a future which involves studying abroad – not, as the savage right wing press would tell you – scrounging benefits or intimidating pensioners – but gaining scholarships for academic excellence. 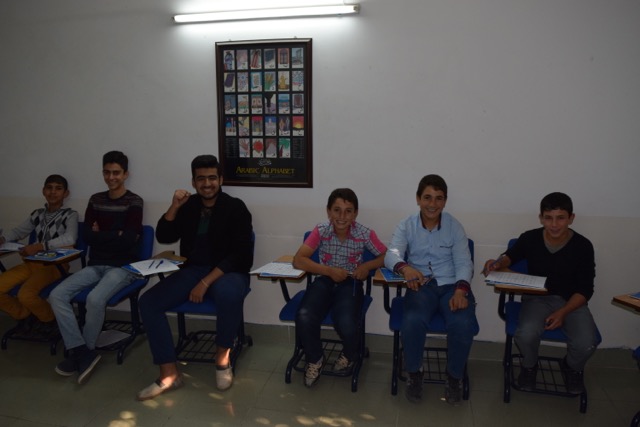 I work for a US-based charity, and recent developments in the House of Congress has meant I can no longer utilise the Visa Waiver Programme – that’s merely an aside, but HR 158 really is a ridiculous piece of legislation.  I work with Australians, Canadians, other Scots and Americans.  Due to our choice of moving to Iraq to work in the NGO sector, our freedom of movement in and out of the USA has been drastically hampered.   That, however, has been one of the few low points.  I have a rewarding job, access to arts and crafts and bars and libraries – and I’ve been given a first hand example of some of the more abstract concepts we study in our course.

Peace studies?  There’s plenty of room for that.  Non-state actors?  They’re ripping the country asunder mere miles from where I live, and work, and study – and watch football in the bars.  Realist military might?  Well, that’s proving spectacularly ineffectual.  Emancipatory IR and the role of NGOs?  I’m right in the middle.

Perhaps most of all, though, being in the middle of a war zone is the ultimate in self-reflection.  I’m a left-leaning, Guardian-reading, tattoo-bearing pacifist.  All of which is fine, as far as it goes.  I opposed the war in Iraq, the attacks on Afghanistan and even more recently the “oh-look-at-me“ campaign in Syria.  However, the uncomfortable truth of the matter is that civil society here in Kurdistan wants more Western intervention, and the second Gulf War, as we term it, is almost universally popular among the locals.  That’s not to say they are right, of course, but it certainly makes me question my own values.  And, if being here has taught me nothing else, it’s to question every single word uttered by John Mearsheimer (American international relations theorist) and his ilk, in their ivory towers.  Speaking of ivory towers; there’s an electrical storm tonight, and so the power most likely will go off – even in peace time, Iraq averages around 18 hours of electricity per day – and I’ve got an article to read on how Islamic State is a Western creation.

Between Semesters in Africa

Summer is upon us