Love watching them over the Internet on BBC iPlayer catchup for free?

Well sadly that might all be about to change, so I thought I would try to give you a heads up on those changes even if we don’t want them.

Before you could get away with watching all of your favourite programmes on the Internet without a TV license – provided that they were not being streamed live.

That is a dream come true for students, no extra cost and the same TV that everyone else has – you can even put it on most TV’s by hooking up a HDMI cable to your laptop.

Sadly now this is going to be completely scrapped, meaning more income for the BBC.

It was announced in May, as part of the Royal CHarter, that in 2017 everybody who watches TV on catchup will have to have purchased a TV license.

They are also thinking of including some kind of verification to check that you have a license, which would also mean that you can watch it both in and out of Europe (Something else to think about with the upcoming referendum I guess.) 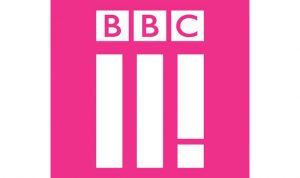 So now everyone is going to be required to pay the standard £145 a year for all of the TV requirements, which can be paid for in a number of ways.

However as students, we can also claim back refunds for the months that we are at home and therefore covered under your parents TV license.

I’ve always paid for a TV license because I watch live to, and sometimes it is included in your rent, so be sure to check.

Hopefully this has helped somewhat, and may prevent you getting a nasty shock when the TV licensing people may demand money from you when you’re happily having your nightly binge of Eastenders.

A letter to my young self…