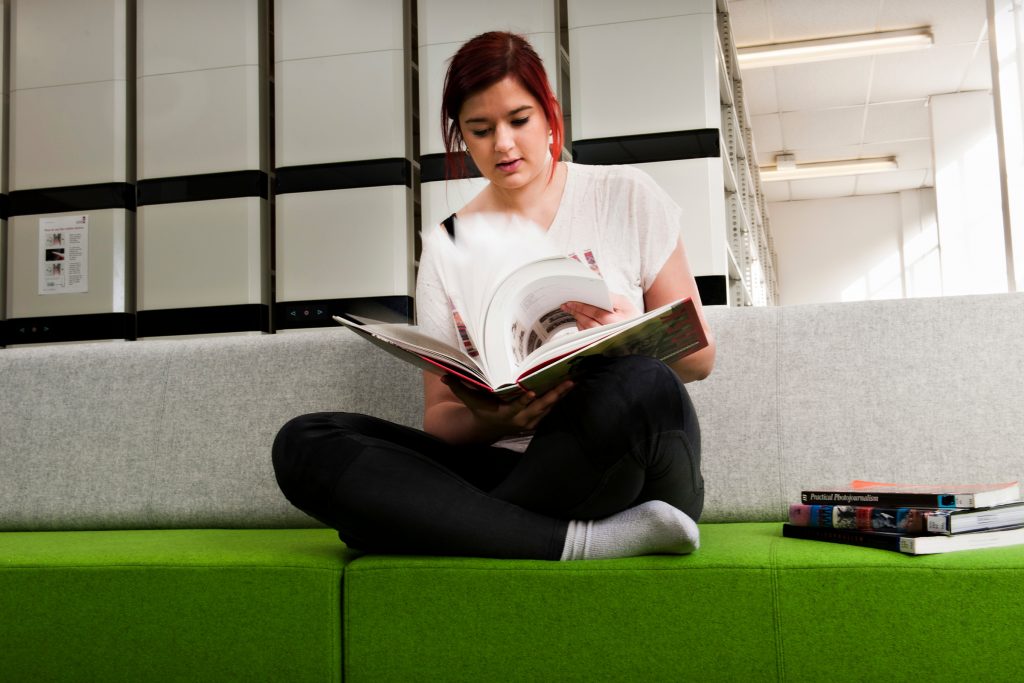 Everything that happened before I came to university feels like it happened to somebody else. I wish I could say I knew what I wanted fresh out of college at eighteen, and that I had everything under control from then to now, but that’s not true. I’ve been at Staffs for two years, and my final year is looming. It seems apt to reflect on what was going on before I took a chance on higher education, and what I had to do to get here; ‘here’ being happier, with a million more career prospects than I had before.

Well, maybe not a million. But more than retail or sales, which is everything I had before.

We should probably start my journey of ‘pre-university wobbles’ with finishing college with pretty terrible grades, because pool and beer were a bit more important to me than school. I stayed on another year, made an effort, and passed with BCC grades: you’d think I’d have learnt my lesson about putting in the work then, right?

So a year later than everyone else I move away from home and start university. I was 19, and now I’m 27, so you can already see where this is going. I got a pretty swell job working in a cinema, I made a lot of new friends, and had the whole uni experience – without the work, the grades, or actually attending my course. So of course, no degree, and a lot of wasted time.

Fast forward two years: I had my own place which was too cold in the winter and too hot in the summer, a job in retail that barely paid the bills, and when I decided I needed to make a change, I moved to a call centre. I wasn’t there four months before I decided none of this was what I wanted, and nothing was making me happy. September was right around the corner, and I needed to fix things. Everyone else was going to school – maybe it was worth another shot.

I called Student Finance and asked them if I’d be able to go to uni. They said yes. I poured over course pages on the Staffs website, trying to decide what I wanted to do. I like writing, you know? I was part of a writing group in my town, and I’d won a couple of competitions. Maybe it was worth trying to make it a job.

So I called the Clearing line at Staffs. Keep in mind it was two weeks before first year started, so I wasn’t holding out too much hope. I spoke to a really friendly guy about my A Levels and the course I wanted, and he put me through to a more serious-sounding lady who was, I guessed, going to tell me I’d left it too late and didn’t stand a chance.

Five minutes later, I was officially a First Year Student.

It was that easy. I honestly expected the worst, and it took five minutes. Five minutes, and now I’m going into my third year having gotten a First every year I’ve been at school so far. I’ve worked as a social media intern, an accelerated learning coach, and I’m getting published twice this year. I was terrified of making that phone call, because it meant changing everything. It was the biggest favour I ever did for myself.

I didn’t have to give up the pool and beer, either, I just had to figure out where they belonged.

. . . After assignments are done, apparently.

Starting at Staffs in September – What do I Need?

Things I Wish I Knew Before Starting My Midwifery Degree