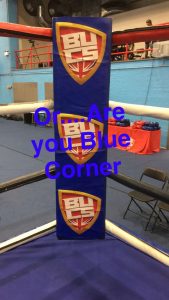 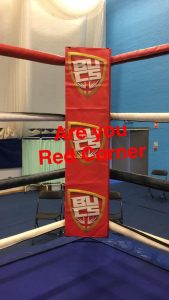 This was my first experience of a University championships of any sport so going to the event I wasn’t sure what to expect in terms of the standard of boxing but just after the first day I was pleasantly surprised, the bouts were better than some heavyweight fights I’ve seen live on TV. If the chance ever arises to go watch university boxing again I will be the first there and I recommend you go to.

The best day for me, personally, was finals day I only missed the first few fights but spent rest of the day struggling to decide which fight to watch (fights were split over two rings) with amazing fights in both I found myself head swivelling for much of the day. Not afraid to say I was there to see some good fights and secretly hoped for a few KO’s, I wasn’t disappointed with many throughout the tournament, the fights went from strength to strength. My personal favourite bout was the 64Kg-69Kg men’s final between Jake Goodwin of Leeds Beckett and Rhys Verlander of Bournemouth a fight which went all 3 rounds both fighters gave it their all, both took punishment and landed some amazing jabs and hooks. It was a fight which for me perfectly displayed hunger, desire and determination from both boxers, the fight ended with Jake taking the decision from the judges and the gold medal home along with 12 BUCs points.

Not only did the event showcase some amazing amateur boxing talent coming through the ranks at universities across the country, but also showcased the talent we have here at Staffordshire University, this event brought together various courses on offer at Staffs and gave the students here hands on experience and out of class opportunities to practice their skills. Two examples of this are, firstly the Staffs TV team who covered the event so that supporters of the boxers who perhaps couldn’t attend could still watch the bouts online via Staffs TV not only did they broadcast the bouts but also held interviews and commentary throughout. The whole coverage was student lead from rigging up the equipment and broadcast centre to the actual broadcasting. The other example was a more behind the scenes role which was the sports therapy students who had the opportunity to work with real athletes giving them sports massages and treatments throughout the tournament. 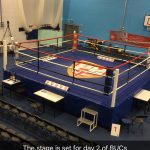 Overall the event was a real success and hopefully showcased the real potential Staffs has meaning anyone who saw the event or anyone reading this will take note that staffs is the place to hold an event!

How to live at university on a budget