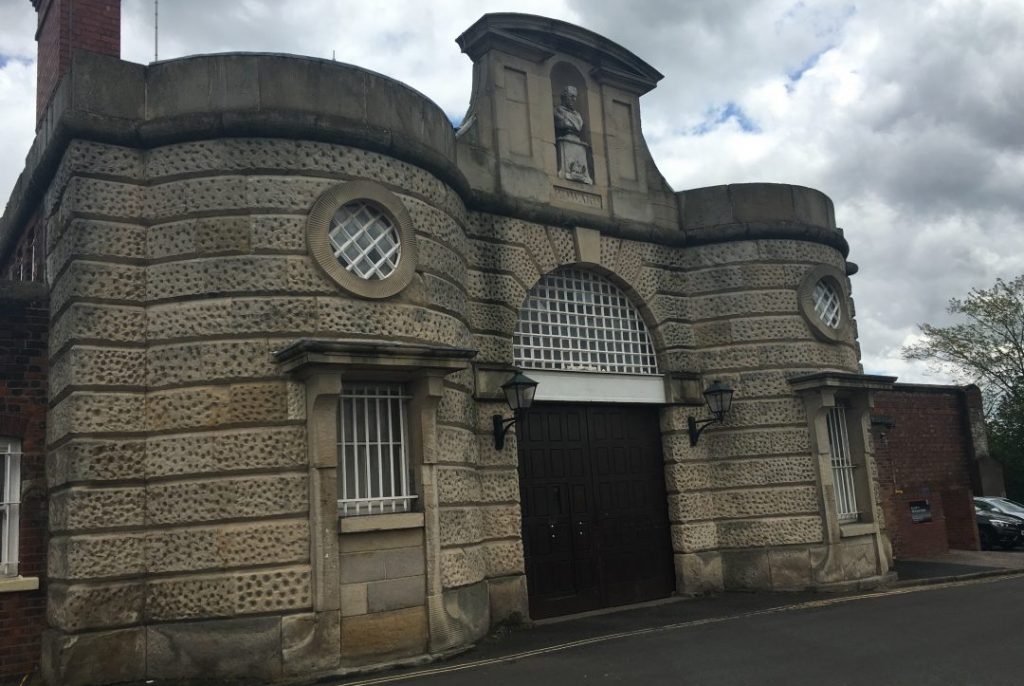 Ever wanted to try your luck at escaping a prison, at a disused prison?

Well now is your chance! Branching out from just giving historical tours and educational visits, Jailhouse Tours have set up their own Prison Escape event.

The Dana prison is located at the old site of HMP Shrewsbury, and their Prison Escape events are being run by Immersive Events.

Joel Campbell runs both Immersive Events and Jailhouse Tours, and is the proud owner of the Shrewsbury site.

Joel said: “My wife first worked in Shepton Mallet prison as a psychologist, and when we heard that it was being sold to developers we wanted to pitch our idea.

“I think we baffled the MOJ with paperwork if I’m honest because they had never seen a pitch like ours before.

“They were used to seeing pitches for residential developments, or retail spaces, not one to use a prison as a tourist attraction.”

Unfortunately, the bid for the oldest working prison in the UK – before it closed its doors in 2013 – was unsuccessful.

But Joel didn’t give up on his dream of running historical events in a prison, and he contacted the developer he believed to have purchased the site.

“As it turned out it wasn’t them who had purchased the site, but they had bought the Shrewsbury site, so we had a few meetings” he added.

“The prison has been kept exactly the same as it would have been when it was running, with information on the walls and updates to make it safe.”

Joel employs ex-prison staff to help him run the tours, as they had a working knowledge of the prison when it was running.

He added: “The guards don’t really want to get involved with the Prison Escapes events, which I can understand because it goes against everything that they used to do here.

“We do have one of the guards who is involved, but he is much more theatrical based and is interested in helping in that respect.”

Upon arrival for the event, prisoners will be given an induction covering the prison layout and event rules.

Prisoners will then change into their prison clothes and get locked in their cells, from here the challenge begins. 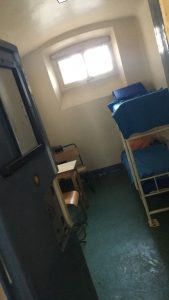 For the Prison Escape event Joel revealed that there are hundreds of ways people can try to escape – but there are only a certain number that will work that they know of.

He said: “What people have to think about is that we have tried to make it as realistic as possible, but in reality you only way to escape an actual prison is through sheer dumb luck.

“The hardest part of it was thinking about all of the different ways that people might try to escape.

“Because we can put an object somewhere, that we think would be used for one thing, but that someone else would use in a completely different way.

“In some of the scenarios people have to work together to figure out what they have to do to escape.”

But its not just about escaping the prison walls itself, you have to make your way through town and find a rendezvous point to win.

Clues for where you have to go in town will be all around the prison, so you need to keep you eyes peeled at all times

Joel added that they are not even sure if people will manage it, or if they do how many will get to the right point.

“I think that it will be a great experience for people, to be in one of the only buildings in the UK that you can’t just walk into” he said.

“The event sold out the majority of the tickets within the first half an hour of the sale opening.

“We did always say that we would open up more dates if it sold out, so that’s what we’ve done.

“We do also have a few other events up our sleeves, a horror scare event for Halloween and another at Christmas.

“That one is for over 18’s only, where Christmas has gone very very wrong, we have all sorts of characters for that one.”

The first dates in May and June have sold out, but tickets are still available for July 16th and 17th, and August 27th and 28th.

“So how can I get to Shrewsbury from campus?
With a couple of options available to you from Stoke-on-Trent/Stafford, you could either drive to Shrewbury from campus which would take you just over 1 hour, or get the train – travelling first to Wolverhampton then changing here for a second train to Shrewsbury which would take you between 1 and 2 hours.”

As for the hints and tips Joel gave me on my visit… I’ll be keeping those to myself until the actual event!

Vlog: James talks about the De-Stress events which took place on campus