Dr Sarah Krähenbühl, Lecturer in Psychology and Forensic Psychology researcher at Staffordshire University, discusses her new research exploring the use of “ground rules” by police officers and social workers when interviewing children:

This study examined over 50 transcripts of investigative interviews conducted with children who were either witnesses to, or victims of, different forms of abuse. The particular focus was when, how and if ground rules were used by the interviewing officers (generally a Police Officer but a Social Worker may take this role) and then to establish the likely impact of this on the child’s understanding and the remainder of the interview.

Ground rules refer to explanations such as 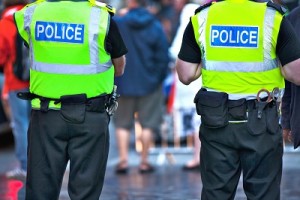 ‘say if you don’t know’, ‘tell me if I get something wrong’ and an agreement to tell the truth. The interviewing protocol (known as ‘Achieving Best Evidence’ 2011) states that ground rules should be included in all interviews with children. The study took a mixed methodological approach with numerical assessment of what ground rules were included, when this happened, were there any subsequent repetitions of the rules, and a qualitative approach as to the wording used and implications of this.

The results showed that there was a lack of consistency in ground rule implementation despite clear interviewing protocol guidance. Of greater concern was that when the ground rules were implemented the child’s understanding was not established and the relevance of the ground rules to the remainder of the interview was rarely established. So, this study has relevance not only to interviewing officers and legal professionals but also has implications in relation to assessments of child credibility when giving evidence.

Dr Krähenbühl’s study has recently been accepted for publication by Psychiatry, Psychology and Law and can be accessed via the journal’s website: