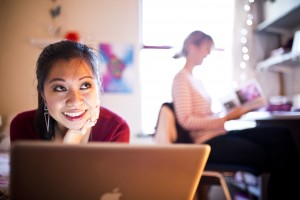 I can remember living in halls last year like it was yesterday! Flat parties and all our housemates going out together for a birthday meal.

The thing I disliked most about halls was my bedroom, the walls were plain but I didn’t really make the effort to make it more homely however if you’d like to I would suggest you putting up posters and pictures on the walls and I noticed that some of my housemates put up lights or cushions to decorate their bed. I disliked having a single bed but I got used to it and I miss that little room because it holds a lot of memories (good and not so good) but I wish I could go back to that little room as I do miss it. For those of you who will be living in halls here are some situations I had to deal with and how you can battle them:

Food thieves: When everyone first moved in we had padlocks on the cupboards as no one knew each other, well I didn’t have a padlock as my cupboard was at the sink area so a lock couldn’t go on but that was fine as nothing was ever stolen from my cupboard. The food thief in halls not only stole food but they would ruin it too. Chilli pepper was put in milk and cheese as well as food being eaten to a point that the rest was inedible for the owner. We had to then hold a meeting for the flat and the authorities were involved as no one wanted to own up (we knew who it was though). To avoid this happening to you I would advise that you keep all dry food in your room and put as little in the fridge as you can, there’s no need for 5 bottles of milk and 3 bags of cheese, buy when you need it!

Loud housemates: Last year I had placement so I had to go to bed early a couple days a week and my room was next door to the kitchen so I would hear everything going on in the kitchen whether it be my housemates pre drinking or when they just decided to be noisy. If you’re someone who has to be up early or just doesn’t like noise I would advise getting along with all your housemates so they will understand and respect that you need quiet rather than if you’re someone who hasn’t spoke to your housemates since you moved in and randomly decided to ask for a favour.

Cleaning: Living in halls you will have to do a lot of cleaning. In my flat we decided to make a rota which consisted of 3-4 of us in a group and we would clean each week which I would advise everyone living in halls to do as it prevents people being accused of not cleaning as much as others and if the flat is ever dirty before the inspectors come or just dirty in general you would know who was to blame and who to go to and let them know. 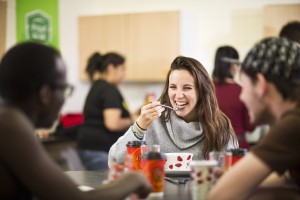 Living in halls was sometimes a traumatic but fun experience which I’ll never forget. I actually wish I could go back to last year and enjoy it again.

My Trip to Berlin in 90 Seconds

Ramblings of a postgrad: Marvel and DC Society trip