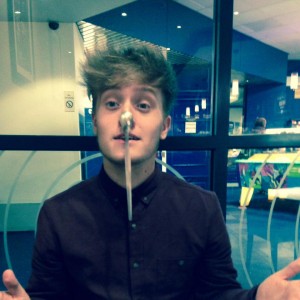 I am in the final year of my degree when i return to university; wow.

Time at uni seems to fly, what with all the deadlines and what not, we never get time to really reflect on whats happened during the year! So now that i’m finished i’m going to do just that;

I know the first day of the second year felt very strange, everyone was familiarizing themselves with each other again, felt like the first day of school all over again. Then the lectures walked in and told us we had to prepare for a presentation and we had to write an essay for the following week, their way of saying ‘Welcome back’ I guess. Shortly after the start of the first semester I got a part-time job, no more money worries, and as a bonus its working with, and around, animals all day so win win!

Anyway, as the first semester passed I knew the Christmas exam time would be hectic, given these were the first exams that truly effected my degree grade, stress kicked in! I pretty much forgot about any other hobby of mine and started to eat a lot of junk food. (This is a really bad idea!). But who cares it was nearly Christmas and after exams I just wanted to relax and eat festive food, aka more junk food.

Just after Christmas, in fact around January 2015, we had a spokesperson representing the American University of Antigua in the Science Center talking about studying medicine and becoming a Doctor. Thinking about it, I think this is what sparked my interest in this particular career path!

During the second semester I really just buckled down on more university work, although I did have the odd night in the pud to ‘wind down’. I also began to get used to volunteering at the Douglas Macmillan Hospice, something I had started early 2015.

Oh man this one was the most intense period of my life to date however, even though there was a lot to do, I started early (best idea ever). I tried not to stress out, kept a healthy diet and carried on with my normal hobbies, turns out it works. I finished the year with the grades I wanted, and right now i’m glad all the hard work payed off.

One main thing I have learnt from this year is that leaving assessments late really isn’t a good idea; ever. Even if you don’t start writing early, at least do your research so you have an easier job when it comes to assessment period, it helped me out!

Six Thoughts Every Graduate Has

Tips on Writing the CV That Gets THE Job!