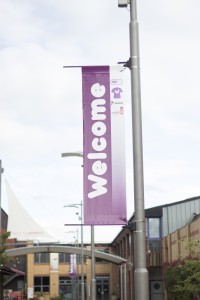 I was feeling a bit sad this welcome week because I am no longer a fresher. However this did not stop me from enjoying the beginning of second year!

The move-in party was at the student union on Sunday night and after much debate on whether to go (since I had uni the next day) I decided to go with my friends. That was definitely a good idea since I got to see all my old friends and meet some freshers too. 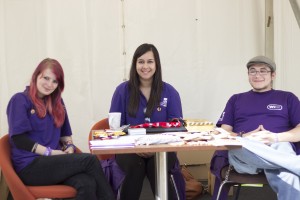 I was feeling slightly rough since I had gone out the night before, but I was raring to go for my first lecture of the year. It was also really nice to see my course mates.

In the evening my housemate and I went to the comedy evening held at the student’s union. I was a bit sceptical since I have never seen stand-up comedy live, but it was a really nice evening laughing at some lame but funny jokes.

This was the longest day at university as we were launching yet another module. I don’t think I did anything in the evening since I was so tired.

Yet another day at university where we did some moving and handling training (it was as fun as it sounds!) and some basic life support. 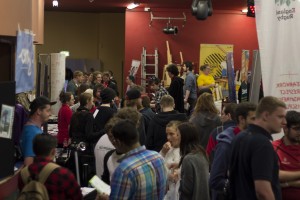 This was an e-learning day, so I could finally have a lie in. I went to the Fresher’s Fair with a friend and got a ton of freebies (sunglasses, a pocket mirror and sweets)! I also showed some interest in a few societies such as netball, Staffs TV and the Christian Union. I have never joined a society before, so I will definitely join one of those.

I went into town afterwards with my friends to do lots of shopping (including getting a costume for the Pirate Party for the next day) and eating at the Picture House (a great place to eat in Stafford).

This was yet another long day at university and by this time I was feeling like a zombie. Now you would have thought with how tired I was I wouldn’t plan to go out that evening, but no of course I did. And let’s say I had a great night from what I remember, with definitely too much to drink.

I guess I didn’t do too much at Welcome Week this year since I had pretty much done all freshers activities last year, but the activities this year were great!

Vlog: James reflects on his first year at University

Welcomed Back by Welcome Week