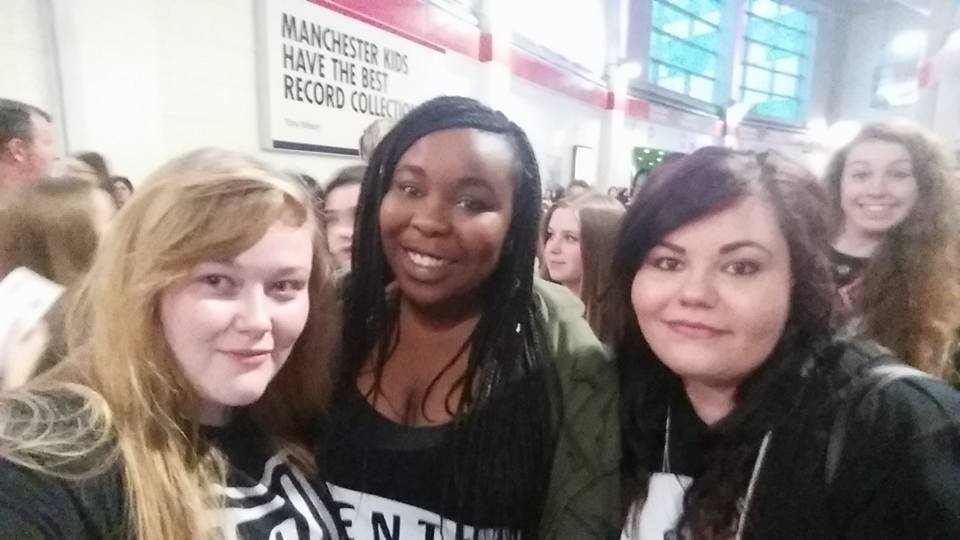 I went with my best friend to see Fall Out Boy and supporting acts in Manchester on the 9th of October and it was the first rock concert I had been to. It was also the first time I went to a concert in Manchester and I was surprised how quick and easy it was to travel there from Stafford. 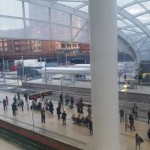 We got the train from the station in Stafford to Manchester Piccadilly, with a one-way ticket costing £8.40 (using my rail card). It took just over an hour to get to Manchester, and then a further 10 or so minute drive to Manchester arena. Travelling to Manchester from Stafford or even from Stoke-On-Trent is really cheap and easy, so I would definitely recommend going there!

Once we got to the arena, we got some dinner from McDonald’s. We also then got some wristbands, as I wanted a souvenir to remember this night! There were so many people queuing, and I am so glad that we were seated!

My seat was really close to the stage, which I was pleased about since I could get a good view of the acts and take good pictures. There were three support acts: Charley Marley, Matt and Kim and Professor Green. They were all really good and got the crowd pumped and excited for the main event! 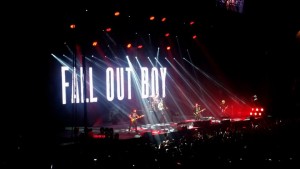 I got a bit lost in screaming and singing when Fall Out Boy came on stage! They played an amazing set and their visuals and lighting were incredible! By the time Thanks For the Memories came on, I had lost my voice and a bit of my sanity! The band members looked and sounded incredible and I wish the night hadn’t ended so soon!

I had the best time seeing Fall Out Boy live! They are such an energetic and amazing band. I also enjoyed travelling to Manchester and since it is so easy to get to I will no doubt go there again!