Well if so Hockey is the sport for you! Although don’t let that little yet alarming fact put you off.

At Staffs both the men’s and ladies teams compete in BUCS leagues, cups and our yearly varsity competition against Keele. With a match almost every week on a Wednesday afternoon the teams can be found on the Universities 3G pitch at Leek Road with at home or at other universities around the country.

Catching up with the Men’s and Ladies hockey teams during one of their training sessions we found out what the club involves and why students enjoy the sport so much. 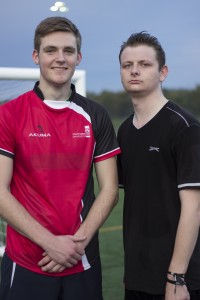 “Hockey involves a lot of training and games. Along with away days, cup and league competitions with BUCS along with tour at the end of the year.” Conor

“The fast paced nature of the sport, along with the amount of control required” Kristian

Although the first line of this post might scare you into not wanting to join the team Kristian said don’t be scared to get involved. Current members joined the teams with varying skill/knowledge of the sport. In some cases they had never held a hockey stick before and wanted to try something new, which is why Karine joined the team “it was a different sport that I wanted to join”. No matter what your skill both teams will develop you as a player, with training sessions twice a week on the 3G pitch your skill and control will be improved massively to be able to compete against the best. 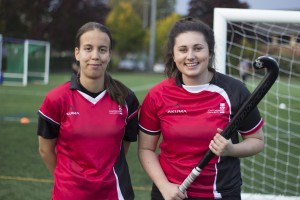 Although the team has a competitive element there is still room for fun. Bailey joined to “make more friends at university” with socials after each match and Tour (group holiday) at the end of the year there’s plenty of ways to make new friends and keep active at the same time.

Four Reasons You Should Join a Group or Society