Assignment time is upon us and the exams are approaching fast, stress smoking has begun. For those of us who double our nicotine intake, when faced with blank computer screens and the prospect of churning out 9000 words of degree standard work, don’t fall into the same old habits.

E-cig users I’m talking to you too. With an E-cig I think it’s so easy to fall into the trap of using it as an excuse to smoke inside, instead of a method to quit. I thought E-cig’s were a guilt free alternative to ‘real’ cigarettes. Apparently not… 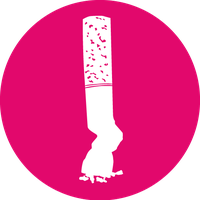 If you’re going to use an E-cig, I’d suggest setting up some ground rules to avoid ‘over using’ and start trying to reduce your reliability. E-liquids are generally sold by strength (low, medium, high) but that leaves a lot of guess work to figure out what your average nicotine intake is. Most people then over estimate, becoming even more addicted to a substance through a method of quitting:

When you’re at home, in the library, wherever it is your trying to get on with uni work, don’t let fag breaks be a means of escaping. If you need a break, take one; go grab a drink (non alcoholic!), go for a walk, call your more organised friend, who completed their deadlines weeks ago (yeah that annoying person!).

By pledging to cut down on ‘fag ends’ at www.dg4b.com/sustainstaffs you will get updates on how to keep up cutting down, which could even help you to quit altogether.

The Steps of Life

What I wish I’d known about Clearing