A couple of weeks ago, the current third years hosted and presented a conference called ‘Expect the Unexpected’ for student midwives here who are studying or will be starting here at Staffordshire University. It was an enjoyable and informative day as there were various speakers and presentations. It was also nice to meet and interact with other students in different years! 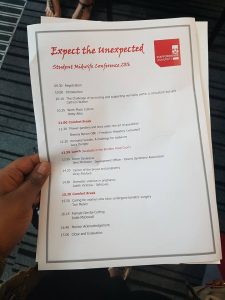 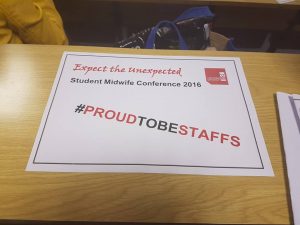 There were various stands at the beginning of the day, such as the Royal College of Midwives stand, which is the trade union for midwives. There was also a book stand where you could buy books relating to midwifery. I also really liked the freebies that I received, which included a measuring tape that I can use when I am on placement! 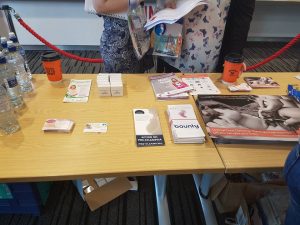 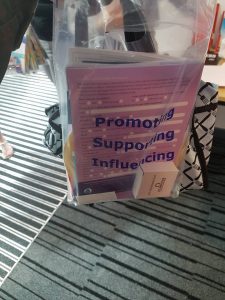 The presentations were given by various third year students and they did an amazing job. I really enjoyed the variety of topics that were covered as they were all issues that we may encounter as midwives. My favourite presentation had to be the one given my Sheena Byrom, a midwife consultant. She was such a motivational and inspirational speaker! I even managed to speak to her during the breaks we had and she was lovely enough to take a picture with me! 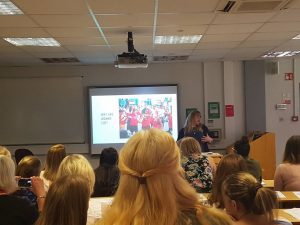 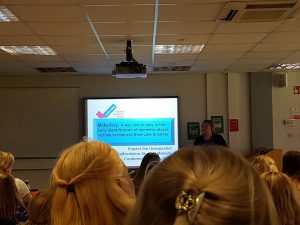 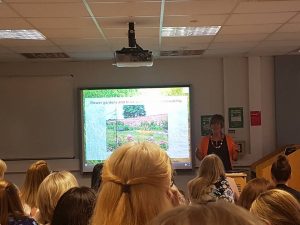 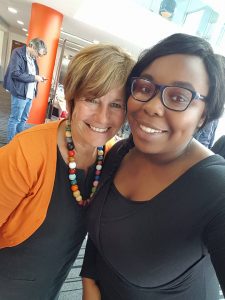 All in all, I think that the third year students did an amazing job with this conference! It was organised well, there were amazing presentations and guest speakers and tea and cupcakes were provided! 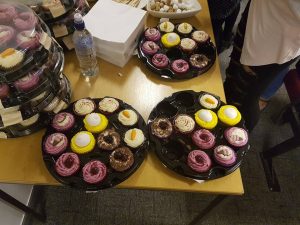 Discover more about studying Nursing and Midwifery at Staffordshire University.