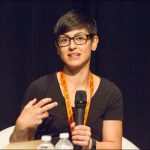 In our daily life, we often take in information from multiple senses at the same time. As we interact with the environment, signals from various senses are integrated to create unified and coherent representation of our surroundings. This process is known as “multisensory integration”. The ability to integrate information from multiple senses has been shown to be abnormal in certain disorders such as autism. Anecdotal evidence suggests that individuals with Attention Deficit Hyperactivity Disorder (ADHD) might also have deficits in multisensory integration. ADHD is the most common neurodevelopmental disorder and in roughly half of the children diagnosed with ADHD, symptoms persist into adulthood. It is characterised by attentional difficulties, hyperactive/impulsive behaviour, or both. ADHD can be viewed as the extreme end of traits found in the general population.

In a recent paper published in “Acta Psychologica”, we empirically tested multisensory integration in individuals with high and low level of ADHD traits and found significant abnormalities in the way they integrate visual and auditory signals. Specifically, adults who reported more inattention and hyperactivity symptoms, processed sensory information differently than adults with fewer symptoms.

In total, 40 participants with high and low ADHD traits were recruited and took part in a lab based task; they were presented with a series of brief sounds and simple images and were asked to decide whether they appeared at the same time or not. The image and the sound were presented either simultaneously or with slight delays (image before the sound or vice versa). The responses of the participants were used to measure multisensory integration. The effect of ADHD symptoms on performance was investigated by comparing the responses of the high and the low ADHD groups. The low ADHD group reported a higher number of simultaneous presentations. This finding suggests that individuals with ADHD symptoms are less likely to integrate multisensory information.

Perceiving signals from two or more modalities as occurring separately can lead to distractibility, one of the core and most disruptive symptoms of ADHD. 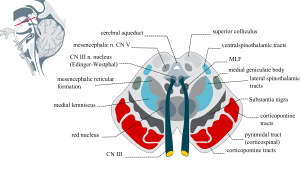 Showing that ADHD might be linked to abnormal integration of sensory information also informs our understanding of neural mechanisms involved in the disorder. In particular, it provides further evidence for the involvement of the midbrain superior colliculus (SC) – a sensory structure linked to orienting the eyes and head towards salient stimuli – in ADHD (located towards the top of the image).

Our study identified a new area of focus for future ADHD research, which could potentially improve our ability to diagnose and assess ADHD. In addition to this, our results may provide future directions for possible ADHD treatment and behavioural interventions.

You can read the publication via the below link:

The Staffordshire Centre for Psychological Research is home to research activity in the Psychology Department at Staffordshire Centre. The Centre is home to a number of research-active psychologists who are engaged in research across a wide range of psychological subdisciplines. The Centre has two overarching research streams: Health and Behaviour Change and Applied Perception and Cognition. 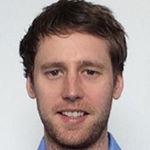 Dr. David Goss (Lecturer in Counselling & Psychology and a  member of the Staffordshire Centre for Psychological Research) blogs about the field of Neuropsychoanalysis and attending a recent conference on neuropsychoanalysis:

Similar to Ronseal quick drying wood stain, Neuropsychoanalysis (NPSA) is exactly what it says on the tin; it’s an integration of neuroscience and psychoanalysis, combining modern quantitative neuroscience research with qualitative, psychoanalytical theories of the mind. The aim is to provide an integrated approach to further understanding human existence.

Attending the 18th annual congress of the International NPSA Society at University College London (UCL), my mind (or brain?) was ready to take on a whole range of subjects and learning. A range of speakers presented talks on fantastic subjects, but perhaps the one that stood out was a discussion on the nature of consciousness. The intention of this blog article is to present the idea that consciousness resides in feeling.

Discussions of consciousness often revolve around the notion of thinking, the narrative of the “I” and other cognitions such as daydreaming and rumination. A popular quote in philosophy is Rene Descartes’ “I think therefore I am” – an example of the premier role ascribed to thought in defining consciousness. But maybe “we feel therefore we are”?  Clear your mind of thought for a moment, stare blankly at the space in front of you, are you not still conscious? All of your homeostatic feelings, thirst, hunger, attraction, approach, avoidance…when we are in moments of flow, reacting to a threat or external situation, we often do not have time to think, we operate from feeling. Feeling is at the core of what drives our actions and guides us through life, yet we often try and think our way through things. 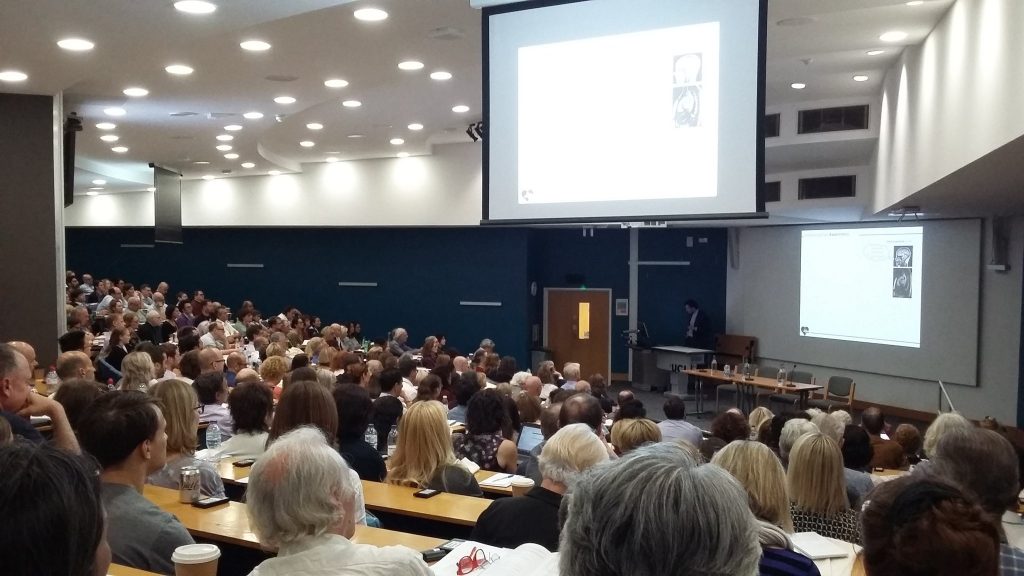 The cortex, an area which is often suggested to play a key role in cognition/thinking, sits at the top of the brain (geographically). The more primitive and ancient feeling centres sit further below, in limbic system and brain stem regions. This evolutionary layout in itself highlights the core and primitive role that feelings play in our experience. Mark Solms, chair of the NPSA society has presented the example of a young child who suffers from hydraencelaphy, a condition which results in the absence of a cerebral cortex (i.e., thinking part of her brain) and yet when her baby brother is placed in her arms, she smiles with what seems to be happiness and joy. As such, is she therefore not consciously experiencing the process of holding her baby brother, without thinking about it?

I say these words not to try and convert or push a viewpoint upon you, solely just to highlight the important role that feelings play in determining our core experience. Just something for you to think – or feel – about!

Dr. David Goss has recently published a chapter on ‘Working with Neuroscience and Neuropsychology‘ in the Fourth Edition of the SAGE Handbook of Counselling and Psychotherapy (click here for more details).

The Department of Psychology at Staffordshire University

offers a range of undergraduate and postgraduate degrees in Psychology at the University’s £30 million Science Centre in Stoke-on-Trent. 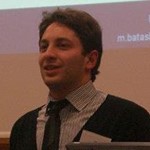 Dr Michael Batashvili, who has recently joined Staffordshire University as a Lecturer in Psychology, introduces himself in his first InPsych blog post:

I am delighted to be joining an enthusiastic academic team here in the Psychology Department. My first week has been great and I am looking forward to what’s to come.

A bit of background on me: Since high school I wanted to become a developmental psychologist. However, within my second year of undergraduate study at the University of Derby, I was hooked on cognitive and biological psychology. I received my BSc (Hons) degree in Psychology in 2009 and decided that I wanted to continue studying as much as I could. I enrolled in a ‘new route PhD’, which included a Masters of Research (MRes) and a PhD studied over the course of four years. I had a keen interest in brain activity (still do) and began the PhD just as the university had invested in some neurophysiological equipment. I became enthusiastic about studying method of electroencephalography (EEG for short) and planned to use it in my PhD research. After setting up the lab with my supervisors, working as an Associate Lecturer, collecting all my data and writing up my thesis, a long time had passed. However, I had completed it and was extremely happy with what I had accomplished and the journey I had been on.

For those interested, my research area is Maths Anxiety and electrical brain activity. I’m aware that a great number of individuals dislike maths and some fear it and I have a keen interest to understand what and how this occurs in the brain.

Nearing the end of my PhD I began working at the University of Sheffield in a teaching focused role in psychology. I enjoy research but I have a passion for teaching so this suited me very well. After being there for just over a year I arrived at Staffordshire University in a lecturer position in psychology. Now that I am here, I am very excited to get back to my research and to continue teaching within this fantastic department.

The School of Psychology, Sport and Exercise at Staffordshire University is a leading School in the UK for Psychology degrees and is situated in the heart of England.  We produce internationally recognized research which is driving knowledge in this area forward and we work with a variety of healthcare providers, charities, international sports teams and private sector organisations.

Interested in a Psychology degree? Come to an Open Day – for further details, and to book your place at an open day, please visit: http://www.staffs.ac.uk/openyourmind/

For more information or details of the wide range of Psychology degrees on offer at Staffordshire University please visit our website and our courses page.