Our team of experienced project managers and specialist staff offers many years of expertise in commercial archaeological projects. Click on a team member’s profile to learn more about them.

Prof. Caroline Sturdy Colls – Director of the Centre of Archaeology

Caroline is the Director of the Centre of Archaeology at Staffordshire University. She has directed and published archaeological projects throughout Europe and the United Kingdom. Her particular areas of expertise are Holocaust archaeology, forensic archaeology and the application of non-invasive surveying methods.

Kevin is the lead Archaeological Project Manager for the Centre of Archaeology at Staffordshire University. He has directed and published archaeological projects throughout the United Kingdom and has over 20 years’ experience in professional development-led archaeology.

William is the Project Archaeologist for the Centre of Archaeology at Staffordshire University. He has supervised and published numerous archaeological projects throughout the United Kingdom and has extensive experience in leading, delivering and consulting on archaeological and heritage projects.  He is a qualified teacher and regularly works with school groups and on community-led projects. 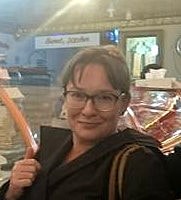 Sarah is a Lecturer in Modern Middle Eastern History, specialising in the social and cultural history of Late Ottoman and Mandate Palestine and the Levant. She is also currently a Leverhulme Early Career Fellow, researching a social history of the 1927 Jericho earthquake. She has published widely on Palestinian engagement in history and ethnographic writing, archaeology and education between 1890 and the Nakba, and also on representations of Muslim-Jewish romances in Arabic fiction. She is editor-in-chief of the journal Contemporary Levant, published by the Council for British Research in the Levant. 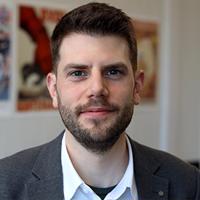 Alun is historian of modern Central Asia, Russia, and in particular the early Soviet Union, with a focus on state-building, border-making and the governance of nomadic and tribal groups. His 2018 monograph Nomads and Soviet Rule was awarded the Alexander Nove Prize by BASEES in 2020. Working predominantly with Russian-language sources in post-Soviet archives in Kazakhstan, Kyrgyzstan and Uzbekistan, Alun also increasingly works on the contemporary (geo)politics of the Central Asian region and leads teaching on the field through Staffordshire University’s partnership with the UK MoD.

Michael is a senior lecturer and course leader for the BA (Hons) Fine Art course at Staffordshire University. He teaches across a range of mediums focusing on Sculpture, Installation and Film. His main interests are material culture and how objects and artefacts can change our understanding of the past. Most recently this has developed into more philosophical debates about how we deal with new archaeological findings that challenge established historical narratives, and how we can use artistic responses to create the debates needed to deal with these complex and contested memories. Michael Branthwaite’s staff profile

Fiona is an established producer and an Associate Professor of Film Technology. She has pioneered new methods in research informed practice to enhance the digital dissemination of academic research nationally and internationally. She has worked with museums, tourism, heritage sites and channels in the UK and Europe including BBC, ITV, Sky, and The History Channel, as well as BBC Radio creating factual content which has a major impact on society.
Fiona Graham’s staff profile

Paul is a senior lecturer and course leader for the BSc Film Production Technology course at Staffordshire University. He teaches across a range of film production and film technology subjects with an emphasis on cameras and imaging technology in factual production. Paul’s background is in mechanical engineering and cinematography for internationally broadcast television and film. His main interests are factual film relating to archaeology, heritage and history and new methods of illustrating these subjects.
Paul Ottey’s staff profile

Rachel specialises in firearms identification and the identification of ammunition. Her research has focused on non-invasive analysis of corroded weapons. Rachel is actively involved in the Alderney Archaeology and Heritage Project and, having worked extensively in the forensic arena, is developing new approaches to 3D visualisation and trajectory analysis in archaeological investigations.
Dr Rachel Bolton-King’s staff profile

Fiona Tweed is an Emeritus Professor of Physical Geography at Staffordshire University. Fiona’s main research interests are glacial processes and natural hazards; she is an international expert on glacier outburst floods. Fiona has over 30 years’ experience of field research, chiefly in Iceland where she has led many research expeditions. Fiona was awarded a National Teaching Fellowship by the HEA in December 2016. Fiona Tweed’s staff profile

Alex originally came to Staffordshire University to undertake a degree in Forensic Science. During his placement year, he had the opportunity to work on a variety of projects primarily within the field of Holocaust Archaeology. He had the opportunity to train and use a structured light scanner, sparking his interest in how this could be applied to current research. As a result, he began a PhD in 2020 focused on how non-destructive archaeological methods can assist in the digitalisation of uncatalogued and privately-owned Holocaust material culture collections’. His work looks to bring collections of Holocaust material culture together into a single digital domain to further Holocaust research and education. Alex has also undertaken fieldwork projects in the UK, Czech Republic, Ukraine and Cyprus.

Ermelinda graduated as an archaeologist from the University of Tirana, Albania, in 2003 and completed her Masters in the application of modern technologies in archaeology at the University of Siena, Italy in 2005. She has excavated widely across a number of sites in Albania, including the UNESCO site of Butrint, and also in Italy. Previously, Ermelinda worked as a research assistant for the International Centre of Albanian Archaeology, and was the research lead for ‘The Future of Albanian’s Past’ project, which focused on recording archaeological sites in Albania using non-invasive techniques. After a career break of 13 years raising four children, Ermelinda started her PhD in 2020 entitled ‘The Rise of the Tumulus: The Eternal Living Monument of Bronze and Iron Age Albania’. Her interest lies beyond archaeology and forensic archaeology, and she is an active member of several postgraduate research groups at Staffordshire University. Ermelinda Trinder’s Profile

Daria started her PhD studies in April 2018. Her previous research background involves studying the theory and history of Soviet archaeology. Currently, her studies focus on the application of forensic archaeological methods in Holocaust study in Ukraine. Daria also has experience working as an archivist, and in the field of conservation of archaeological sites in Ukraine, and has participated in projects in Ukraine and Poland.
Daria Cherkaska’s staff profile

Emma is passionate about making a difference to the lives of others. Her areas of expertise include unidentified bodies, missing people, police oversight, and police-related deaths. She is currently studying for a PhD in Policing at Staffordshire University in which she is critically reviewing the cross-matching of unidentified bodies and missing persons reports in England and Wales. In 2020, she was awarded a Churchill Fellowship to visit Canada for six weeks to research support for bereaved families following police-related deaths. This research trip is on hold due to the pandemic.